This was British Prime Minister Winston Churchill’s underground command bunker during some of the most dangerous days (and nights) of World War II. 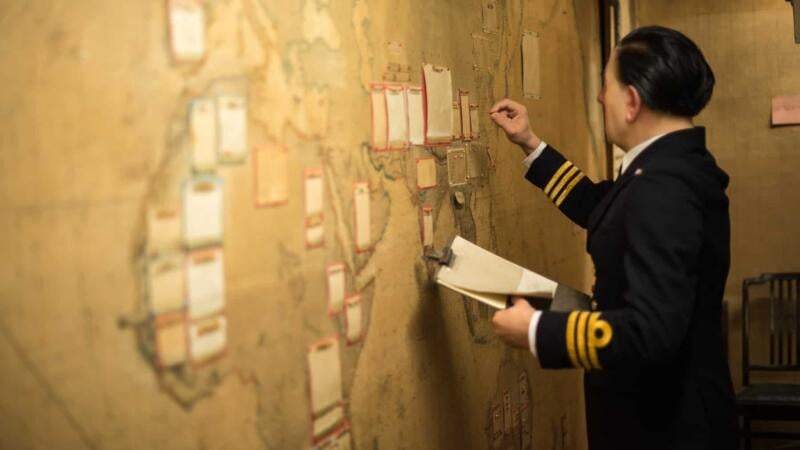 This was British Prime Minister Winston Churchill’s underground command bunker during some of the dangerous days of the Blitz. With V2 rockets terrorizing London nightly, a small number of government and military officials, with a skeleton support staff, and, for meetings, the Cabinet, continued coordinating the war effort from the relative safety below the Treasure building in Whitehall in central London.

It was carved out former storage facilities, and it shows–it’s cramped, dark, and would have been a generally uncomfortable place to live and work. But it was better than the alternative.

Remarkably, though, the bunker wasn’t built in response to the Blitz–or rather, it was built in response to the prospect of the Blitz. Presciently, planning and construction was started in 1938, a year before war broke out, because it was clear that London was vulnerable to modern bombers. They realized that if war did break out, which was appearing increasingly likely as Hitler became bolder in Europe, the Prime Minister and his Cabinet would need somewhere relatively safe and convenient from where they could meet and coordinate the war effort.1

The bunker was underground, but it wasn’t buried very deep. Like the command center established under the Greenbrier Hotel in West Virginia to house the US Congress in the event of nuclear war, the protection for Churchill’s war bunker came through secrecy, not from sheer strength. These bunkers were not impregnable to a direct hit from bombs above. It wasn’t until relatively late that an effort was made to insert layers of reinforced thick concrete and steel between the ceiling and the street above. That effort was only partially complete by the time the war was over.

Before you go, I highly recommend watching The Darkest Hour.

The bunker is surprisingly small and compact. Aside from being subterranean, it’s not much like the rabbit-warren-like Cu Chi tunnels near Ho Chi Minh City or the Pathet Lao caves in northeast Laos, but it’s also not the kind of expansive, technology-rich command center you might expect of the British Government. Paper maps and telephones are about the extent of the technology down here. Even Churchill’s bedroom was spartan and functional, the walls plastered with maps showing the war’s progress. The one small concession to propriety was a small dining room, big enough for a table with four chairs.

It was down here that Churchill and key personnel from the high command spend a considerable amount of time during the war, sleeping and working and delivering speeches for nation-wide broadcast even as bombs rained down above. The weren’t exactly safe or oblivious, but they were able to continue the war effort.

Photos of the Churchill War Rooms 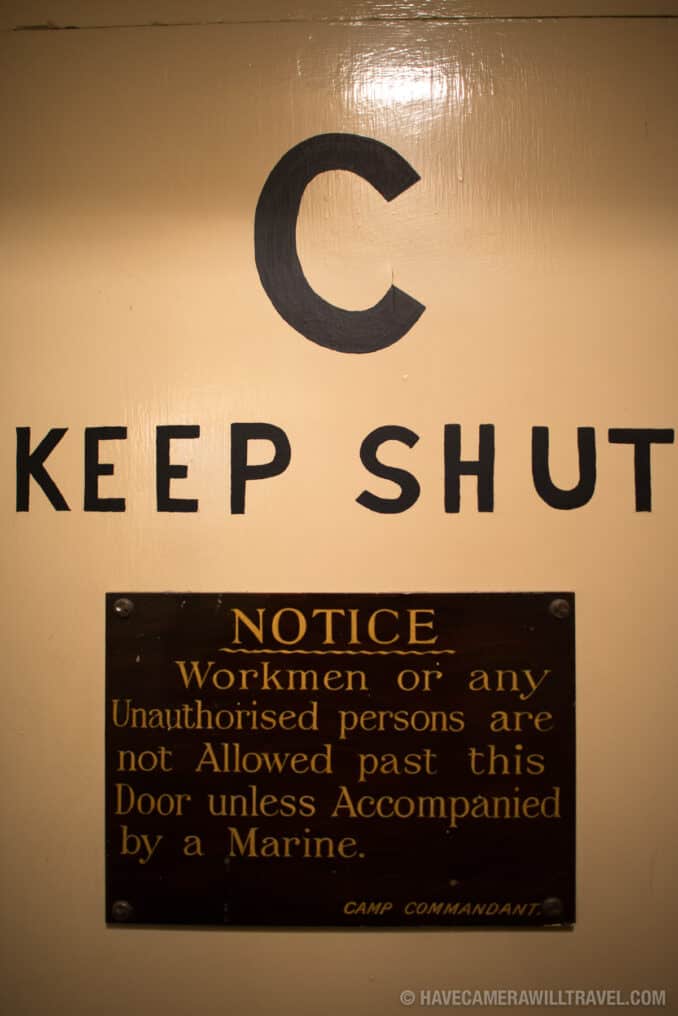 As you’d expect, it’s quite small and cramped inside, with narrow corridors.

There’s a small cafe inside the old switchroom.