The Colors of Antarctica

ANTARCTICA – When you think of Antarctica, you probably think of lots of white and blue. I was surprised to find that it’s a lot more colorful than that. 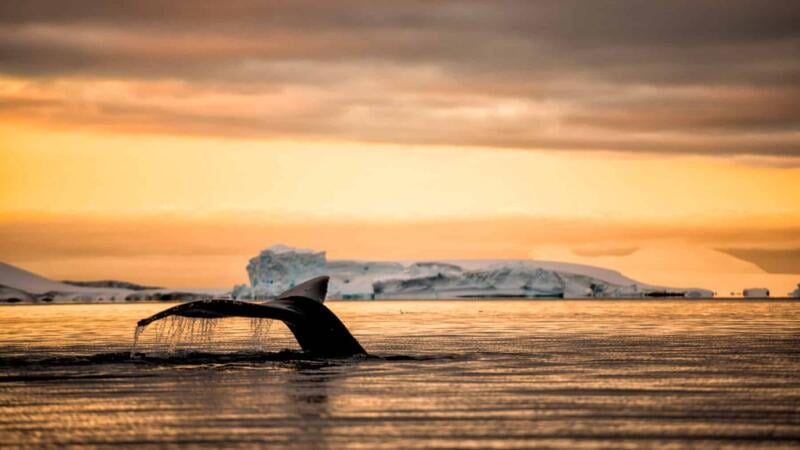 When you think of Antarctica, you probably think of lots of white and blue. And then some more white. I did. So I was surprised to find that it’s a lot more colorful than that.

I didn’t expect to find so many other colors, some subtle, some striking. For an unforgiving, harsh environment most defined by cold, ice, and snow, it’s surprising how many color shades there are. And they’re really quite beautiful.

Most of the animals and the few plants have muted colors. But even there, there are splashes of color. There are bright red and orange thick bands of seaweed–a bit like supersized Fettucine–and some occasional patches of green and brown. Even the famously black and white penguins can have splashes of color, from their orange, pink, or red feet to the bright red/orange beaks of the Gentoo penguins and splashes of yellow and orange on the necks of King and Emperor penguins. And because penguins eat krill, their white feathers can often be stained orange. Seals are typically some kind of grey, sometimes with spots, but elephant seals, especially in their winter coats, can be different shades of brown. And when they open their mouths wide to roar, there’s a big splash of red.

The rocks are usually grey or black, but a few scattered patches might be covered in dark green mosses. The volcanic sands of Deception Island are mainly black or grey, but mixed in is a lot of orange ochre volcanic pumice.

And then there are the skies. In the non-summer months, the Aurora Australis (southern lights, or southern hemisphere equivalent of the Aurora borealis) shimmer in the night sky. And even grey, overcast skies by day can bring out the subtle shades of things below–a blue iceberg is all the more striking against a dark grey backdrop. A clear day brings a beautiful deep blue sky–there’s no pollution or smog to speak of, after all. And while in summer there’s close to or actually 24 hours of daylight, the sun still gets low on the horizon and casts a rich orange glow on mountains, clouds, and the cliffs of large icebergs.

So if you like white and blue, you’ll be in luck. But it’s a lot more colorful and beautiful than that.

Where These Photos Were Taken

These were taken along the northwest coast of the Antarctic Peninsula.

The Colors of Antarctica