The Iron Lady of Paris (The Eiffel Tower)

The Eiffel Tower is one of the world’s most recognizable landmarks. Standing tall over the Paris Skyline, it has become an iconic symbol for all travelers. 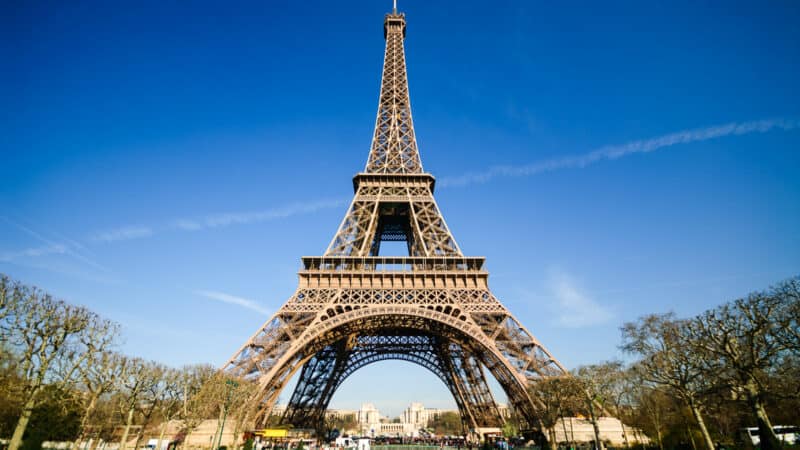 It’s probably the world’s most over-exposed landmark. La dame de fer, as Parisians would have it, or “The Iron Lady,” has become an iconic symbol of Paris, even more recognizable than much older landmarks like Notre Dame de Paris.

It has also become a global symbol of travel. It is an oddly industrial tribute to a city that prides itself more on culture, history, and tradition.

By day, the Eiffel Tower is a focal point of the Paris skyline. Set amidst parkland in downtown Paris right next to the Seine, it becomes a spring outdoor meeting place. By night, it’s a brilliantly illuminated beacon that shimmers in the hourly light show. Paris is, after all, known as the City of Light.

The Iron Lady of Paris (The Eiffel Tower)