The distinctive yellow and white Granada Cathedral dominates the city’s skyline and is Granada’s most important of the city’s several churches. 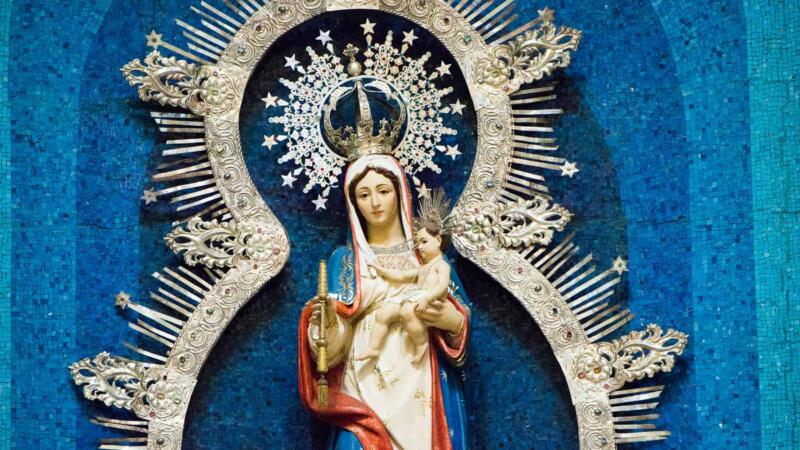 You can’t miss it in Granada. Most of the city is pretty flat, with the vast majority of the buildings standing, at most, two stories above the street. Towering far above all of it, visible from miles around, are the distinctive yellow and white bell towers and dome of the Catedral de Granada.

The Spanish colonial Granada Cathedral dominates the south-eastern side of Parque Central. You can’t miss it. Two bell towers face the square, with the main dome over the altar at the opposite end.

There’s been a church here since the late 16th century, but, along with other key sites in the city, it suffered at the hands of raiders in the centuries since. In 1856, the church was destroyed at the behest of William Walker}. Later in the century, rebuilding began but continued only fitfully due to lack of funding. The current version that you see now as largely complete by about 1915.

The inside is not the most ornate of the old city’s Catholic cathedrals. In fact, it’s relatively sparsely decorated. But what it lacks in crammed-to-the-rafters lavishness it makes up for in scale and a sense of space and calm. The nave is expansive and spacious.

The main altar piece is a strikingly beautiful arrangement of a statue of Mary surrounded by silver and backed by bright blue mosaic tiles. Spaced around the interior are a number of statues depicting religious figures and other religious artwork. And off to one side is a small but pretty little white chapel.