Granada’s city cemetery is Nicaragua’s oldest. And because of Granada’s historical significance, the cemetery is unusually beautiful and ornate. 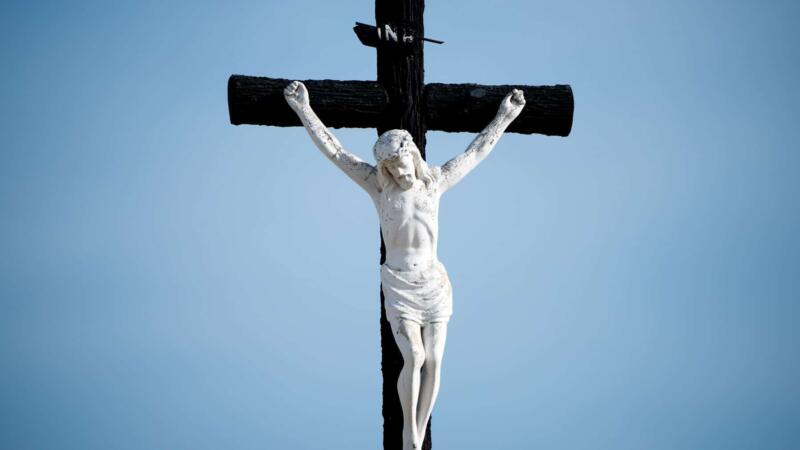 Granada’s city cemetery is Nicaragua’s oldest. And because of Granada’s historical significance, the cemetery is unusually beautiful and ornate and is considered a national treasure.

The most opulent tombs and mausoleums belong, naturally, to the wealthy. They’re clustered around the chapel near the entrance. As you move further away from the chapel, the tombs get smaller and less ornate. Rows upon rows of them stretch off into the distance toward Laguna de Apoyo in the distance.

Many of the beautiful marble statues that stand atop the more lavish tombs were created by Italian sculptors in Italy and shipped over. A few were created by local artists. There are many angels and depictions of the crucifixion, but also the occasional quirkier art. One of the tombs is even a scale model of Notre Dame Cathedral in Paris.

Nearly all of the tombs and mausoleums are above ground and decorated with stark white marble and stucco. As you move further away from the entrance the tombs become smaller and less opulent, and the laneways stretch off up the hill into the distance. As the city’s main cemetery, it remains busy with regular funerals.

Nine former Nicaraguan presidents have been laid to rest here, along with other notables that have contributed to Nicaragua’s political and cultural heritage. But it’s also the final resting place of the city’s residents today, and those that can’t afford inscriptions etched in stone might have their dedications painted on instead.

Near the entrance is a chapel dating to 1922. It’s still very much a working church, with regular mass services. Its design is inspired by L’Eglise de la Madeleine in Paris.

In 2012, in recognition of the special place the cemetery has in Nicaragua’s cultural heritage, it was declared a national historic and artistic treasure.