Behind that impressive facade, standing above most of the city of Granada, is the city’s main museum. Its exhibits are rather eclectic, but many of them relate in some way to the history of Granada and the nearby region. 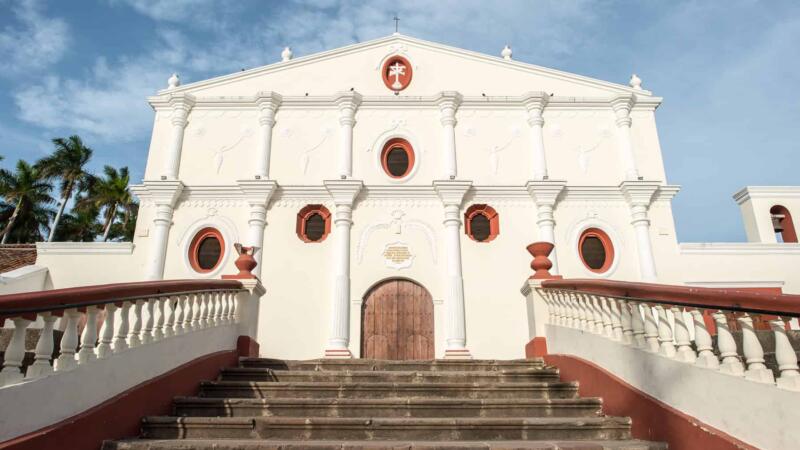 Behind that impressive facade that was once a convent and church, standing above most of the city of Granada, is the city’s main museum. Its exhibits are rather eclectic, but many of them relate in some way to the history of Granada and the nearby region.

The convent was originally constructed in the 16th century, but has undergone many changes in the century since and was burned down several times as the city succumbed to raids of pirate raids. When President of the Central American Federation Francisco Morazan expelled religious orders from the country in 1830, the convent was converted to educational purposes. In 1836 it became a university, it was rebuilt in 1868, and in 1874 it was the College of Granada, followed by the National Institute of the East until 1975. In 1989, with help from the Historical Museum in Stockholm, it was renovated again.1

When you first walk in you enter an initial small courtyard with one of its walls completely covered in a large mural with panels depicting the history of Granada from the time of the indigenous peoples through the founding of the city during colonial times through the modern day.

In one corner of the courtyard is the gift shop and ticket office. That opens onto the inner courtyard, around which are most of the museum’s exhibit areas. (There was once another courtyard even further through, but it’s now mostly in ruins.)

One room displays colorful paintings related in some way to the city of Granada. Another houses religious art, with an apparent fascination on rather gruesome aspects of the crucifixion. Another has a scale model of the city of Granada, and there’s a scale model of the Granada Cathedral in another. There’s a small collection of recovered pottery from pre-colonial times as well as a mock-up of a Maya pole performance. Along one side of the courtyard, a local artist (Sergio Canuda, originally from Mexico) displays his drawings, paintings, and incredibly detailed miniatures carved into toothpicks (complete with magnifying glasses with which to view them better).

The museum’s highlight is a large collection of stone statues, fashioned out of heavy volcanic basalt, most of which were discovered on Isla Zapatera in the early 1880s and date to around 800 to 1200 AD. Most of the statues line the sides of a covered outdoor wing along an edge of what was once another courtyard area. 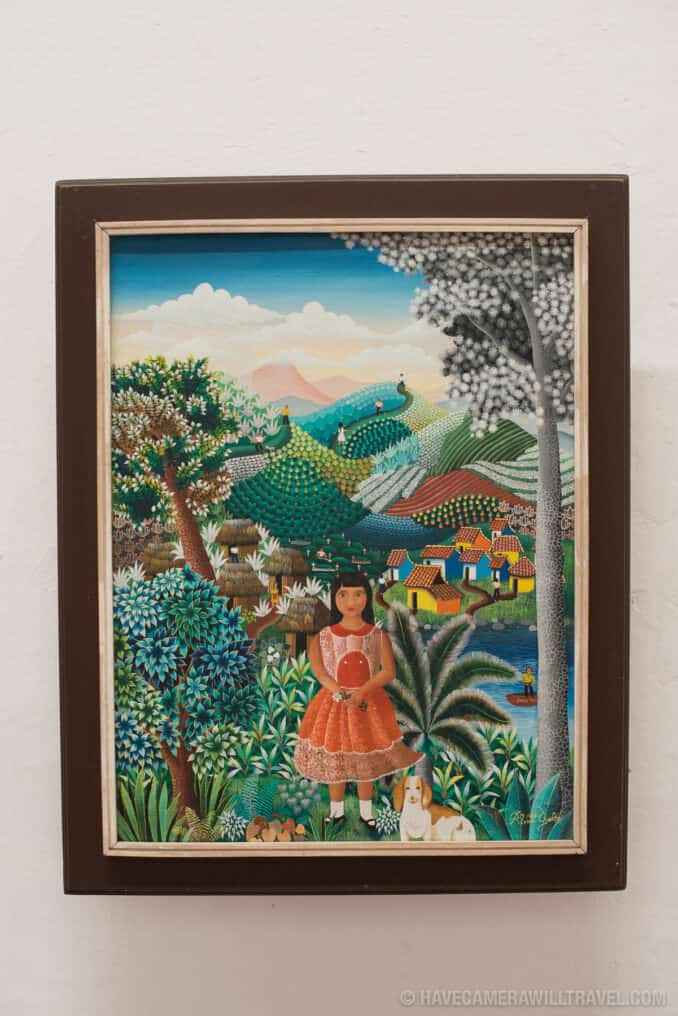 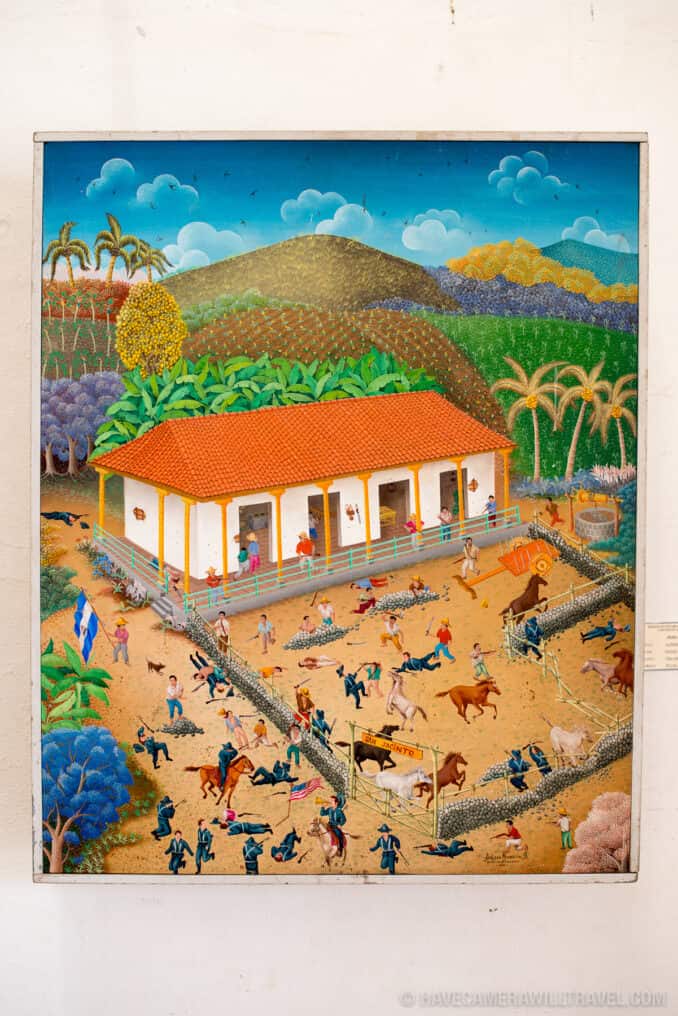