GUATEMALA CITY, Guatemala — Guatemala City isn’t a popular tourist destination, in large part because of the scourge of violent crime, but there are some things worth seeing in this otherwise crowded and poverty-stricken city. 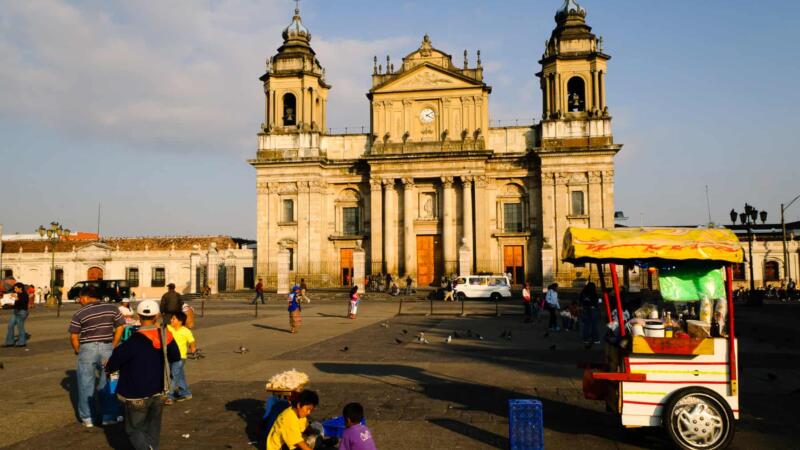 Guatemala City, or Guate to the locals, isn’t what you’d call a pretty city. Nor, for that matter, is it an especially safe one. Your first clue of that will be the guards with pump-action shotguns outside every store, followed closely by the prodigious amounts of razor wire strewn over everything.1 It’s a big, sprawling metropolis where population growth has outpaced the city’s ability to deal with it.

Security is a major problem, and poverty is rampant. The city has an official census population of almost 2.5 million, but the actual population is almost certainly millions more—in recent years, there has been a flood of people that haven’t been counted in official data.

So it doesn’t come as much surprise that Guatemala City has an uphill battle ahead of it to attract tourism. Most tourists use the airport–and it’s a surprisingly modern and efficient one at that–and then head straight for the much more inviting Antigua, about 45 minutes away, or Lake Atitlán.

That said, in the center of Guatemala City, in Zona 1, radiating from the Parque Central (Plaza de la Constitucion), there are some impressive churches, markets, and museums worth seeing.

Photos of Zona 1 in Guatemala City

What to Know Before you Go

You can find travel advice for safety and security when visiting Guatemala, including Guatemala City specifically, from the State Department and British Foreign Office.