Harlech Castle has stood for 700 years so far. And there’s every chance it’ll stand guard of this corner of the Welsh coast for at least another 700. 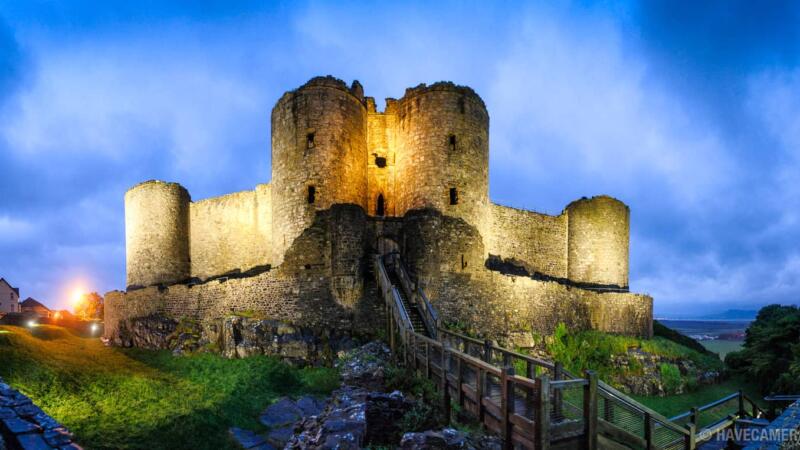 Harlech Castle has stood for 700 years so far. And there’s every chance it’ll stand guard over this corner of Snowdonia’s coastline for at least another 700.

It looks like the quintessential medieval fortress, with its symmetrical design framed by corner towers connected by solid stone ramparts–it’s a very different kind of castle than something like Highclere Castle or Sudeley Castle. As you stand on top of the towers looking down over the cliffs or towards Harlech village, it’s easy to imagine archers manning the battlements. An enormous stone gatehouse stands in the way of the only direction an attack could feasibly have come.

And the castle would have been even more imposing at the time it was built. Back then, the water of the Irish Sea in Tremadog Bay lapped at the foot of the rocky crag the castle was built on, effectively providing natural protection on three sides. In the ensuing centuries, though, the coast has moved out. There’s now a golf course and glorified trailers that pass in this part of the world as low-end–and, it has to be said, not particularly attractive–beach cabins.

Construction was started in 1283 and mostly finished by 1289, it was one of a series of 14 castles (along with Conwy Castle, Caernarfon, and Beaumaris) built by Edward I to consolidate his rule over the conquered Welsh. And, remarkably, many of the invoices and receipts are still available in the British Library in London.1

You’ll be walking over uneven and sometimes slippery ground. The ramparts aren’t accessible to wheelchairs or strollers.