GRANADA, Nicaragua — Behind the run-down facade of Iglesia de la Merced is one of the most important churches in Granada. And its clock tower offers the best view of the city. 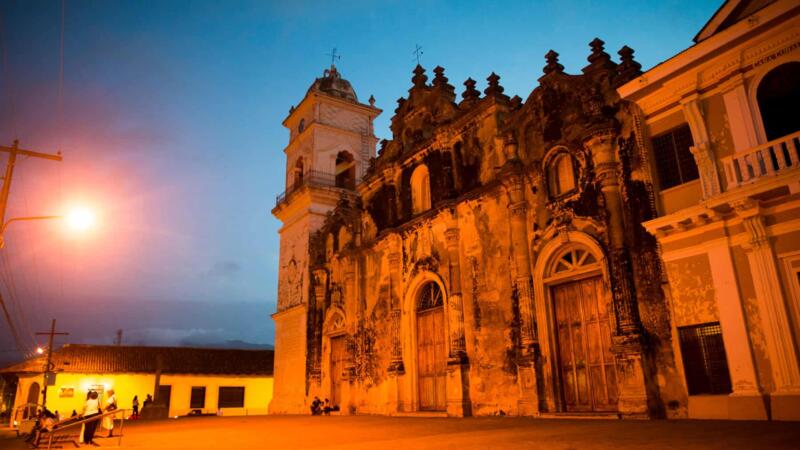 When I first saw the crumbling facade, it reminded me of some of the earthquake ruins in Antigua, Guatemala.

But behind the facade is a living, breathing church, and one of the most important in Granada.

It’s located about three blocks west of Parque Central and dates to 1539. But, along with many of Granada’s landmarks, it has been destroyed and rebuilt a number of times in the centuries since. The current facade, looking in need of some repairs, dates to the 1780s. More damage in the 1850s led to the interior being rebuilt in 1862.

A highlight of Iglesia de la Merced is its bell tower. You can climb to the top, where you’ll get 360-degree views over the rooftops of Granada. To the east is the Cathedral of Granada and Lago Nicaragua. To the south is Mombacho Volcano. In all directions are the tiled rooftops of the city.

As you go up you come across the exposed ropes for the church bells. Nearby are signs, in several languages, asking visitors quite emphatically not to ring the bells, a sure sign than mischievous tourists have done just that.


What to Know Before You Go