PANAMA CITY, Panama — Iglesia San Jose, in Casco Viejo and dating to 1673, is most famous for its massive Golden Altar (Altar de Oro) that survived pirate raids in 1671. 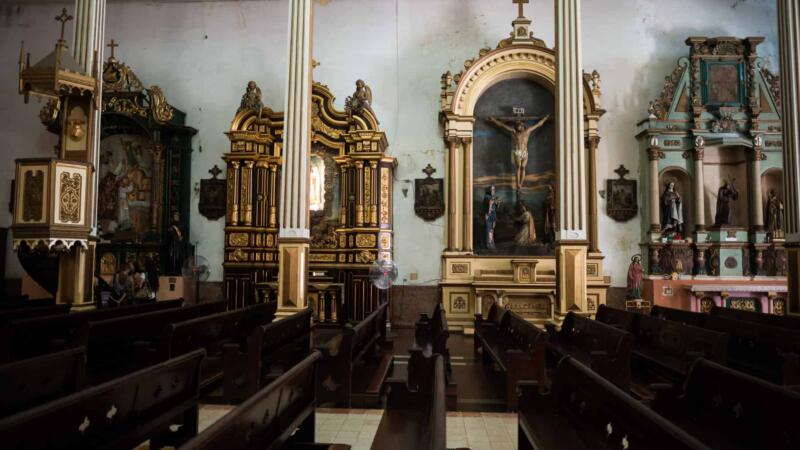 The massive Golden Altar (or Altar de Oro) of Iglesia San Jose is remarkable in its own right. The towering structure isn’t actually solid gold–it’s carved mahogany that has been covered in gold leaf (and paint). But it looks every bit as opulent as you’d think.

But perhaps the most remarkable thing about it is the story about why it’s still around to see. It survived the pirate Henry Morgan’s sacking of Panama Viejo in 1671. Legend has it that a priest disguised it by painting it black and then convinced Morgan that it had already been stolen. When the coast was clear, and after Panama Viejo was abandoned in the wake of Morgan’s raid, the altar was later moved to its present location in Iglesia San Jose, one of Casco Viejo’s many churches. Today, Iglesia San Jose (Church of San Joseph) is surrounded, like most of Casco Viejo, by a mix of crumbling ruins and beautifully renovated buildings.

Iglesia San Jose dates to 1673 and features a series of heavy, ornate altar pieces lining its walls and alcoves. But despite the draw of the Golden Altar, the church hasn’t been restored to the extent of some of the others, something you’ll quickly notice when you feel the oppressive heat and humidity inside.