Portugal’s oldest Jesuit church is plain on the outside, but inside it’s beautifully decorated with a series of Baroque chapels. 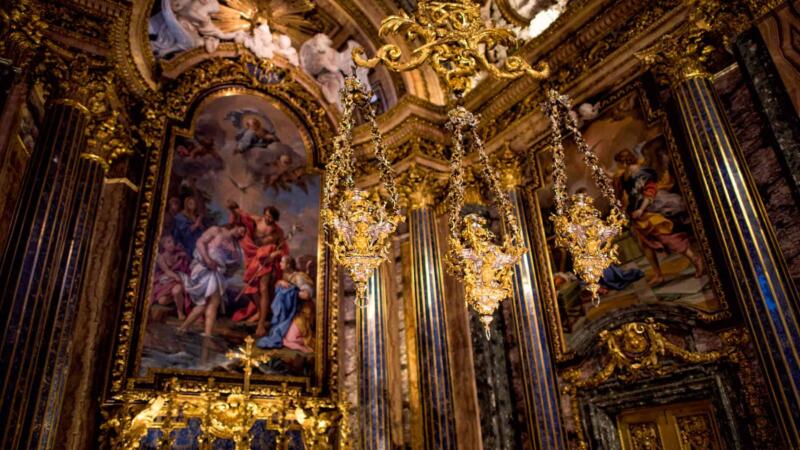 From the outside, it’s remarkably plain. The facade isn’t all that much to write home about–not much more than a simple vertical wall towering over a small public square facing down the hill of Rua da Misericórdia towards the Targa waterfront. But there’s nothing ordinary about the interior.

Highlights include a series of ornate Baroque chapels lining each wall of the nave. On the left, closest to the Altar, is the grandest of them: the Chapel of St. John the Baptist. It was commissioned by Dom João V (King John V) (1689-1750) and constructed in Rome. It was blessed there by the pope and then dismantled and moved to Lisbon on three ships. Its impossibly ornate decorations include lapis lazuli, precious polychrome marbles, amethyst, alabaster, agate, and, of course, generous helpings of gold and silver.

The saint after whom the church is named, Saint Roch, is best known in the context of protection from the plague, but he’s also the patron saint of dogs and the falsely accused.

Attached to the main part of the church is the Museu de São Roque. It houses more of the collection of sacred art that has been accumulated by the church over the centuries. 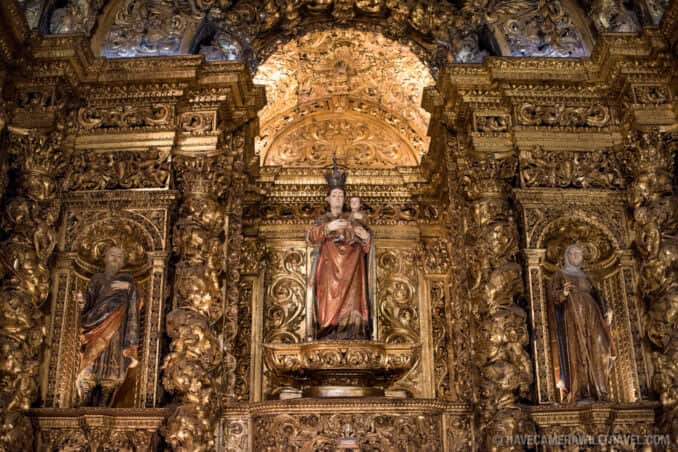 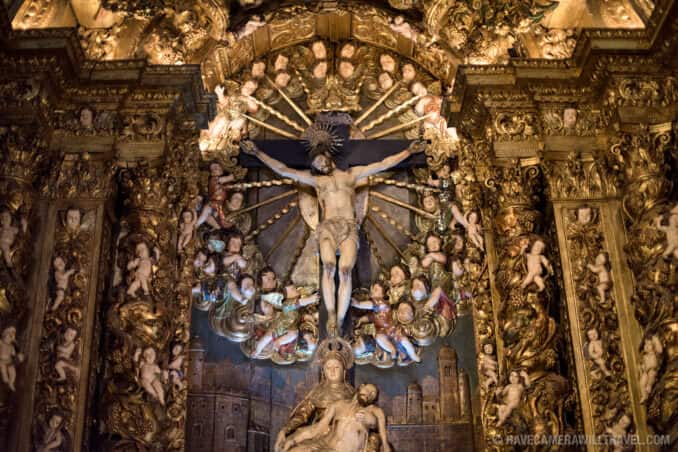 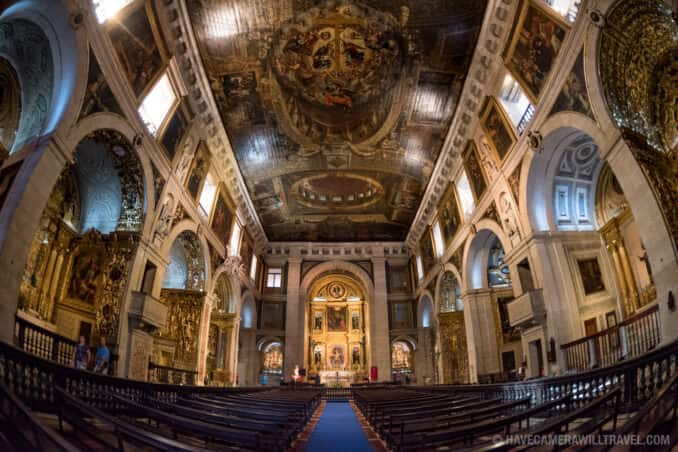 I have more photos from Igreja de São Roque here.