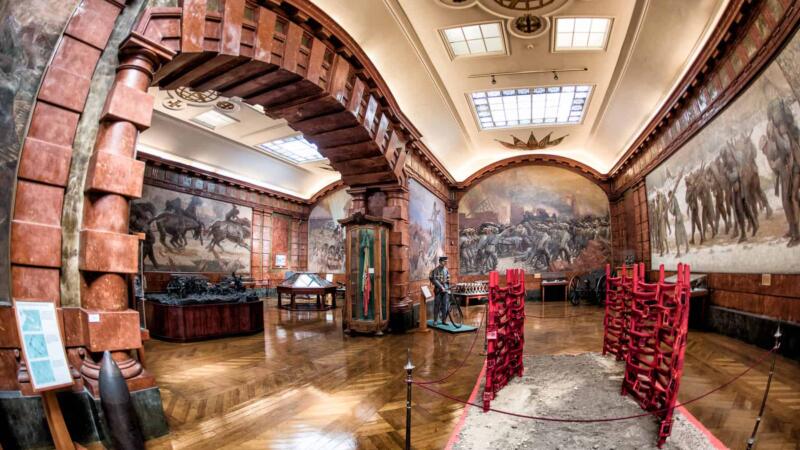 The Military Museum is on the waterfront in Lisbon’s Alfama neighborhood, just down the hill from Santa Engracia (the National Pantheon). It’s on the site of a 16th-century cannon foundry and munitions depot. It’s in a grand old building that was completed in its current configuration in 1905, and it’s an old museum that doesn’t seem to have been disturbed with a curator’s tinkering for decades.

After buying your tickets from the country just inside the door, you’ll be directed to a room directly next to the counter. Its floor is covered with vintage cannon barrels of varying sizes. But, as with so much of this museum, it’s the room’s decorations that steal attention. It’s known as the Vasco da Gama Room, and every inch of its walls and its ceiling are covered with maps and paintings illustrating the Age of Discovery and the opening of trade routes between Portugal and India.

Next, you’ll be directed up the grand staircase and into rooms showcasing swords, early firearms, and armor. The Salas da Grande Guerra (Rooms of The Great War, or World War I) are a highlight of the museum—and they also seem to be some of the most recently redone. Portugal had initially tried to stay neutral in the war, but with its colonies in Africa attracting German attention, it was only a matter of time before Lisbon was also drawn in. The Great War rooms feature artillery pieces, sculptures, guns and rifles, and various other artifacts from the war.

As you head back to the other side of the building, past the mounted knights at the top of the staircase, you enter a series of incredibly ornate rooms, each one different from the others. Each is named, often after Portuguese monarchs. Others focus on overseas campaigns, armor, helmets, weapon evolution, and the Peninsula War (1807–1814) of the Napoleonic era.

While they have what seem like token efforts to display the museum’s holdings—sometimes just a single glass showcase—arguably the most impressive aspect of these rooms is their walls and ceilings, often lined with gold leaf, colored marble, and richly detailed paintings.

After passing through these rooms you’ll come across some plainer rooms with more glass cabinets, through another ornately decorated bridging room, and then out into the courtyard.

Dozens of cannons line the courtyard and give the space its name: the Courtyard of Cannons. But it’s also worth taking a look at the blue and white tiled murals around the walls. They depict the history of Portugal from its reconquest in the 12th century up to World War I.

In the bowels of the building is a large temporary exhibit space filled with yet more cannons and artillery pieces. At one end is a massive wooden and iron transportation wagon—it hauled the massive Arc de Rua Augusta into place on Praça do Comércio (Commerce Square).

Photos of the Museu Militar 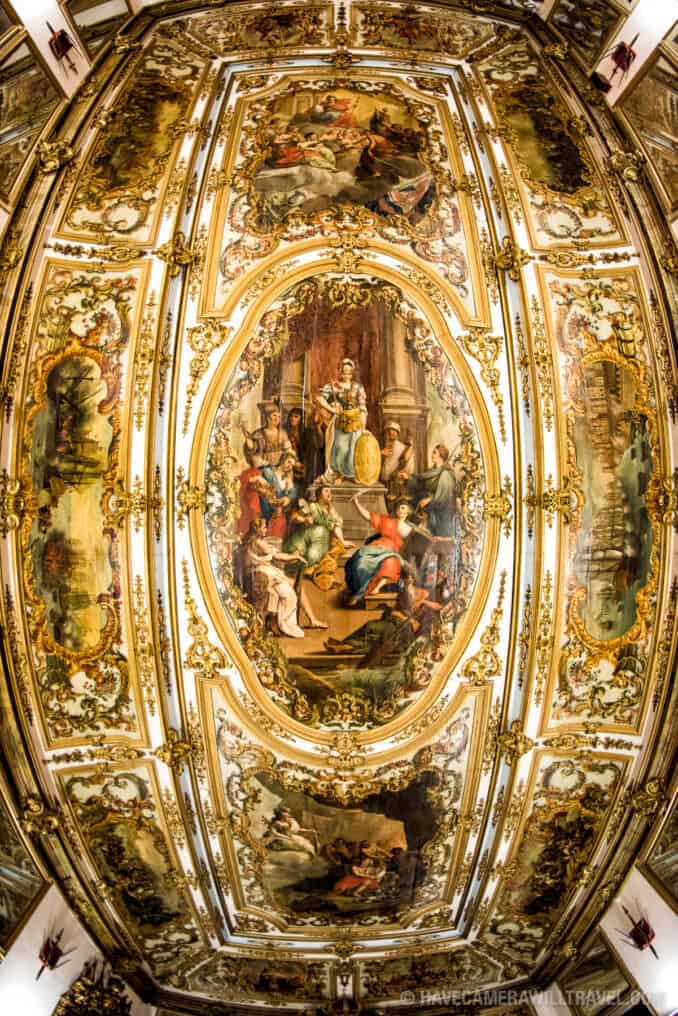 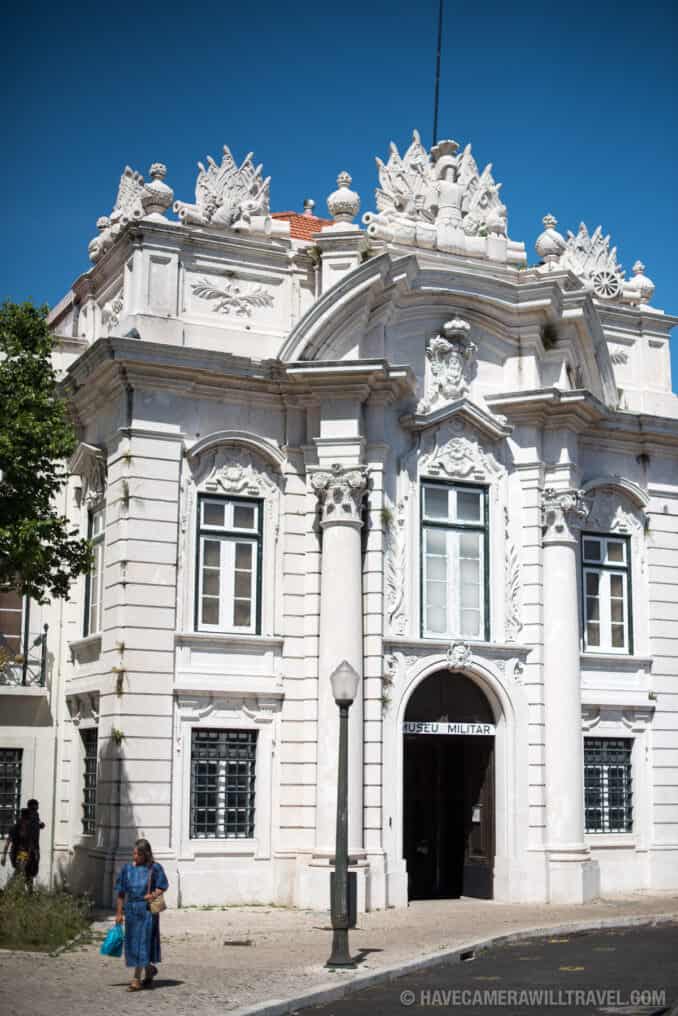 I have more photos of the Museu Militar here.