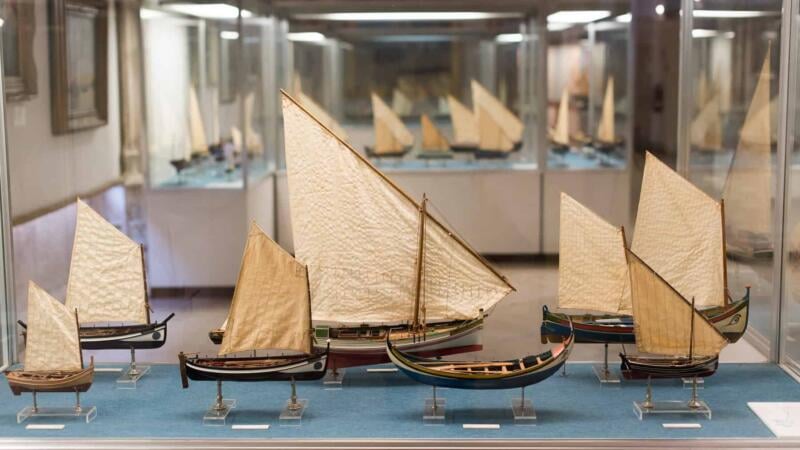 I first visited the Maritime Museum about 12 years ago. Aside from some updating some of the exhibits that you see when you first enter and a shiny new gift shop, very little has changed. It’s still housed in two stylistically clashing buildings, and many of the exhibits and showcases haven’t been touched over half a century (the museum opened in the early 1960s). But with Portugal’s deep and rich maritime history, it can’t help but be fascinating.

At the end of the 15th and beginning of the 16th centuries, Portuguese mariners helped transform the home country to one of the richest and strongest in the known world. It was the result of two related discoveries. One was the exploration of Africa’s west coast as a byproduct of trying to find a way around the continent and then across to India and Central Asia. When Vasco da Gama landed in Calcutta 1498, it marked the opening of Europe-India trade routes that introduced en masse the flavors and spices to Europe and the wealth that came with it. Da Gama is a national hero in Portugal, and one of the brightest lights, along with Henry the Navigator and Manuel I, of Portugal’s Age of Discovery.

An accident of swinging out west to catch favorable winds to ride past the bottom of Africa, Portuguese mariners also landed on the east coast of South America. That eventually led to the colonization of what became Brazil.

The combination of spices from the exclusive trade routes to India and gold pillaged from Brazil, Portugal, for a while, became a powerhouse of Europe.

The entrance to the museum is in the same building as the Jeronimos Monastery, with the ticket office under two impressive church spires. The location isn’t an accident. This was the chapel built by Henry the Navigator as a dedicated church for the voyagers to take mass before setting sail. Not accidentally, it’s just steps from the shoreline.

As you step into the museum, the first exhibits are newly redone. They focus on the Age of Discovery, from its prelude to peak. Not only did the known world expand during this period, but it fueled ship technology as the mariners required newer, better, faster, and more efficient ships and navigation tools.

Scale models show the impossibly small and cramped boats that the mariners used in this period, while maps and navigational instruments illustrate the navigation and mapping innovations of the era. What you won’t see is any real mention of the brutality that accompanied the establishment and protection of the trade routes.

As you move deeper into the museum, you’ll see plenty of impressive scale models illustrating the evolution of Portuguese ships and watercraft, decorated royal chambers, and ships’ cannons.

In an attached warehouse-like building is a collection of royal barges, fishing boats, recreational boats, and seaplanes. The grandest of them, dominating the center of the massive room, is the Royal Barge built in 1780 for Maria I.

You can wander around and under the vessels or head up onto an elevated walkway in the middle for an overhead view.

Photos of the Museu de Marinha

I have more photos of Lisbon’s Museu de Marinha here.