ISTANBUL, Turkey — Reopened in a newly renovated space in the Crown Prince’s apartments of Dolmabahce Palace, the National Palaces Painting Museum showcases the collection of paintings of the national palaces. 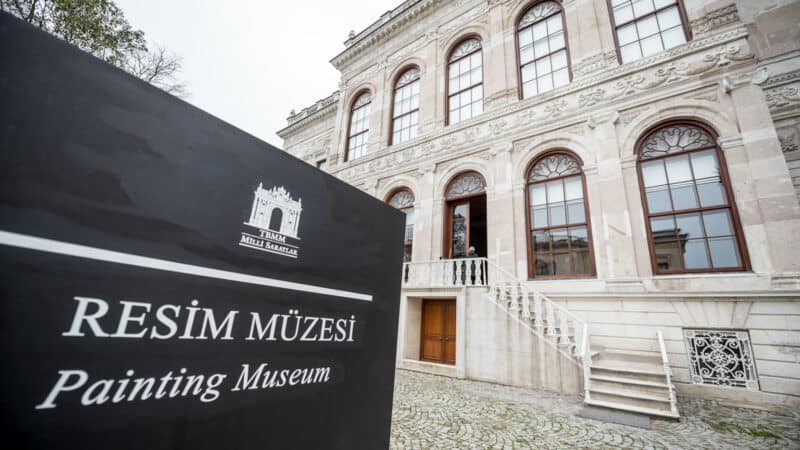 Reopened in a newly renovated space in the Crown Prince’s apartments of Dolmabahçe Palace, the National Palaces Painting Museum showcases the collection of paintings of the national palaces.

The building itself is impressive. On the waterfront of the Bosphorus, at the northeast end of the Dolmabahçe Palace complex, it was the Crown Prince’s apartments during the reign of Sultan Abdulmecid. Providing the crown prince with his own housing served two purposes: to transition the young prince away from the women of the Harem once he became of age and to begin transitioning him into wider society. It was, in a sense, a halfway house. Other sultans also used the building for various purposes.

The painting museum spans two floors and is divided into several sections: