ISTANBUL, Turkey — In Istanbul, new is relative. The New Mosque might be newer than the Blue Mosque or Hagia Sophia, but having been completed in 1665 it is historic in its own right. And it’s also stunningly beautiful. 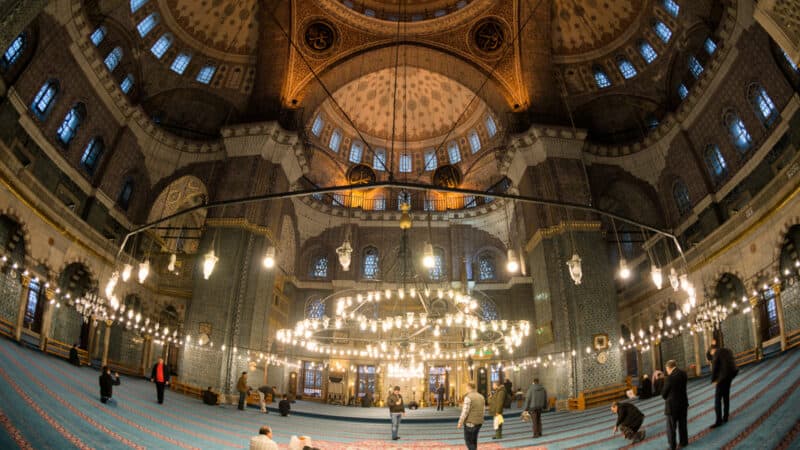 But it’s also not so new in the sense it was completed in 1665. By then the Ottoman Empire had peaked, but it was also a period that saw some of the empire’s greatest architectural achievements.

Many of Istanbul’s largest mosques occupy the high ground. Hagia Sophia and the Blue Mosque are on top of the hill in Sultanahmet. Suleymaniye Mosque is on the city’s Third Hill. But the New Mosque is on low ground, on the waterfront of Eminonu, on the banks of the Golden Horn. It’s on prime real estate. It’s next to the Spice Bazaar and is fronted by a large plaza. In the afternoon and evening, it’s inevitably crowded with people.

And with its ornate decorations inside, with domes rivaling those of the much more famous and slightly older brethren, the Blue Mosque, it is stunningly beautiful in its own unique way.

Photos of the New Mosque (Yeni Cami) in Istanbul