OCRACOKE ISLAND, United Stats — Ocracoke’s lighthouse is one of the oldest on the East Coast that’s still in operation. 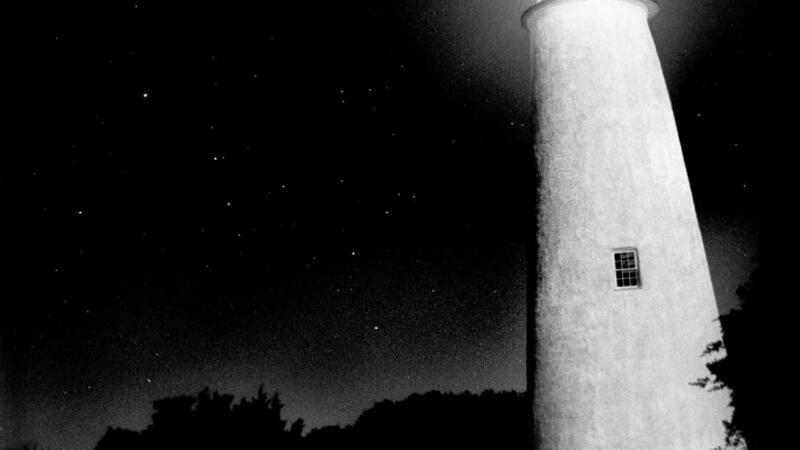 Ocracoke Island isn’t what you’d call a buzzing metropolis. Fewer than 1,000 people call it home permanently, although the population swells significantly during the summer as tourists pour into town. On the southernmost point of North Carolina’s Outer Banks, it’s a sliver of sand now connected by a road running the length of the Outer Banks. But historically it was only accessible by boat, and even then, carefully–the area is riddled with treacherous sand banks.

There’s a reason lighthouses are so closely identified with the Outer Banks, and there’s more to it than their quaint patterns and colors. The barrier islands of the Outer Banks are almost entirely made of sand and lie low to sea level. That means, of course, that they’re very hard to see from off shore. And with the trade routes to North Carolina being so lucrative during the 17th and 18th centuries, there were a lot of ships searching for the entrance to Pamlico Sound.

Ocracoke Island’s lighthouse is one of the oldest on the East Coast that’s still in operation. When the original, wooden lighthouse built 20 years earlier was destroyed by a direct lightning strike in 1818, a replacement was commissioned, presumably with some better protection from lightning strikes. The new–and current–lighthouse was switched on in 1823. Compared to North Carolina’s other picturesque lighthouses, it’s positively squat at about 75 feet and its light can be seen only a relatively close 14 miles away.

Historically, Ocracoke’s main reason for being has been a combination of fishing and providing small pilot boats and their captains for navigating the treacherous Pamlico Sound shallows to ferry goods between ships and the mainland of North Carolina.1 These days, summer tourism is the main local industry.

The most famous person associated with Ocracoke wasn’t a local––at least not one with a stable, permanent home there. The pirate best known as Blackbeard (also known as Captain Drummond along with various other aliases (his real name is widely believed to have been Edward Teach or Edward Thatch[/foot] apparently made the area a favorite base of operations. When the locals, who depended on safe trading, appealed to the British to do something about the piracy, the British sent in their most effective tool of foreign policy: the navy. Stories of precisely what happened next vary, but all have Blackbeard being slain in a misguided boarding of a stricken naval vessel in Ocracoke Inlet in November 1718.2 In May 2011, archeologists recovered off the North Carolina coast the anchor of what is believed to have been Blackbeard’s flag ship, the Queen Anne’s Revenge.3

I took this shot hand held with a Nikon FM with a Nikkor 50mm f1.8 AIS on Kodak Tri-X at 1600 and processed in Diafine. I didn’t record shutter speed or aperture, but I’m guessing it was wide open and probably in the vicinity of 1/15 or 1/30 shutter. (For more on using Tri-X with Diafine, check out my post on Krakow’s Rynek Glowny.) I love that the stars showed up even thought it was handheld.