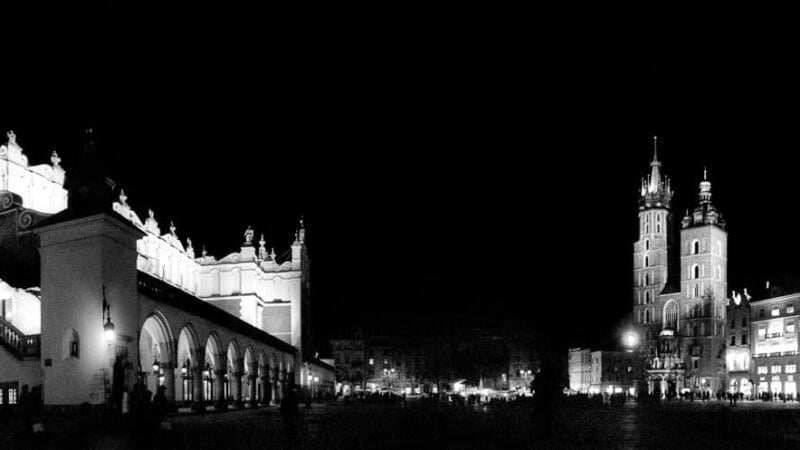 I’m a big fan of Krakow, Poland’s royal capital. From my first visit to Poland about 15 years ago on my way to Russia, Krakow instantly became one of my favorite European cities. I visited again about a decade later and it was clear that tourism had definitely picked up, but I still found it just as much fun to visit. The Old Town, anchored by Rynek Glowny, the largest medieval town square in Europe that dates back to the 13th century, is exactly what an historic European old town should be.

It was taken with a handheld Nikon FM with Kodak Tri-X film pushed to 1600 ISO and processed in Diafine. If you’re not familiar with Diafine, it’s an old-school black and white film developer that can give you some really remarkable results when pushing black and white film beyond its default ISO rating. And it’s also extremely forgiving for temperatures, times, and being able to be reused, which made it a favorite of press photographers back when press photographers still shot black and white film. It’s remarkable stuff. (If you want to try it, here’s an excellent resource of processing charts.) I love the combination of Kodak Tri-X and Diafine pushed to 1600 ISO. There’s hardly any more grain than regular processing at 400 ISO, you get a hell of a lot more room to play in low light, and it has that classic Tri-X look. I don’t of any labs that use Diafine, so if you want to try it yourself you’ll have to break out those developing reels and tanks. It can be a little hard to find Diafine, but here’s some).