BRUSSELS, Belgium — Flemish art has a well-deserved reputation for its beauty. Some of the best is on display at the Royal Museums of Fine Arts of Belgium in Brussels. 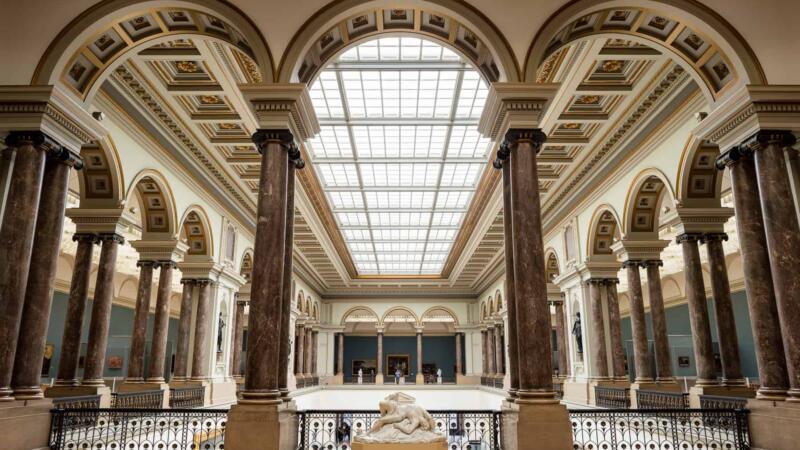 To appreciate the contrast all these changes made one must have known Brussels in the days before the war. It was not only the gayest but the happiest of cities. In the population there was a fine joviality, that joyousness that came down from the days when Rubens and Jordaens and Teniers were painting ‘la view plantureuse’ (abundant life) of Flanders. [Washington Post, 1918]1

The Belgians take their art seriously. And for good reason. “Italian painters” and “Dutch painters” might roll off the tongue more naturally, but for a long time the Flemish were the pinnacle of the art world. The Belgians, along with the Dutch, turned Flanders into a major draw for aspiring artists from all over Europe. And the booming sea trade through the ports of Antwerp, Bruges, and Amsterdam created wealthy benefactors, in turn creating a market for art.

Some of that art is now on display in the Royal Museums of Fine Arts of Belgium in Brussels.

Belgian has found itself in the middle of a good many European wars over the centuries, but they thankfully hid the art well, keeping it safe from the sticky fingers of invading armies.2

There are over 20,000 pieces of art in the Royal Museums of Fine Arts of Belgium. The oldest date back to the early 15th century. But it’s the collection of Flemish Baroque painting that it’s particularly proud of. Their paintings have beautifully rich yet surprisingly subtle colors that almost seem to glow.

The museum’s highlights include rich collections of the 17th-century Antwerp school of Flemish Baroque, with works by Peter Paul Rubens, Anthony van Dyck, and Jacob Jordaens. The large Rubens room, with its red walls, space, and massive Rubens paintings, is especially impressive.

But it’s not just the artworks hanging on the walls and standing on pedestals that are impressive. The building itself is a work of architectural art. It was designed by Belgian architect Alphone Balat and bankrolled by King Leopold II. It was originally designed to be the Palais des Beaux-Arts and finished in 1887. Its beautifully opulent main hall, with the light pouring in through its massive skylight ceiling, is particularly striking. And, fittingly, occupying pride of place in the center of the hall is a sculpture of King Leopold II himself, the museum’s original benefactor greeting every visitor.

Photos of the Royal Museums of Fine Arts of Belgium

The Royal Museums of Fine Arts of Belgium is just a stone’s through from the Royal Palace, and adjacent to the Magritte Museum. It’s also close to the Musical Instruments Museum.

You can find visitor information here.