A New Home for Phra Bang 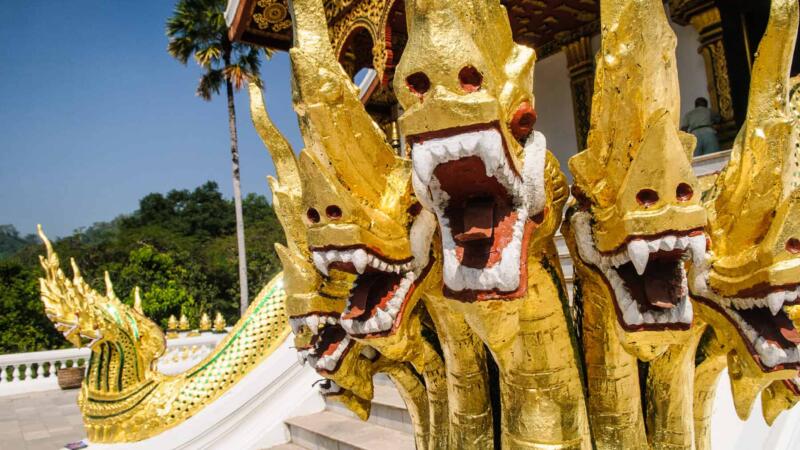 It was indeed royal. It’s purpose-built to be the official home of the Phra Bang, the diminutive yet sacred gold alloy Buddha statue shrouded in legend, reverence, and rumor that serves as the palladium of the Kingdom of Laos. It also gives Luang Prabang, the royal capital, its name, with a quirk of transliteration moving from Phra Bang to Prabang.

The statue is old–although probably not nearly as old as local lore says–but its home, the lavish Haw Phra Bang on the southeastern corner of the Royal Palace compound in Luang Prabang, is new. And, it has mostly been built under Lao Communist rule. In fact, the building still isn’t quite finished, and the Phra Bang has not yet been installed on his permanent pedestal.

Stay tuned, though–it should happen in the Southeast Asian understanding of “very soon.” Even then, though, suspicions that the real statue is in fact in a vault either in Vientiane or even in Moscow will continue to dog the Phra Bang in its new home.

The Haw Pha Bang is part of the Royal Palace complex.

A New Home for Phra Bang