The southern New South Wales coast includes some real gems. Driving along the coast up to Sydney early one morning, I was particularly struck by this rugged headland at Tathra. 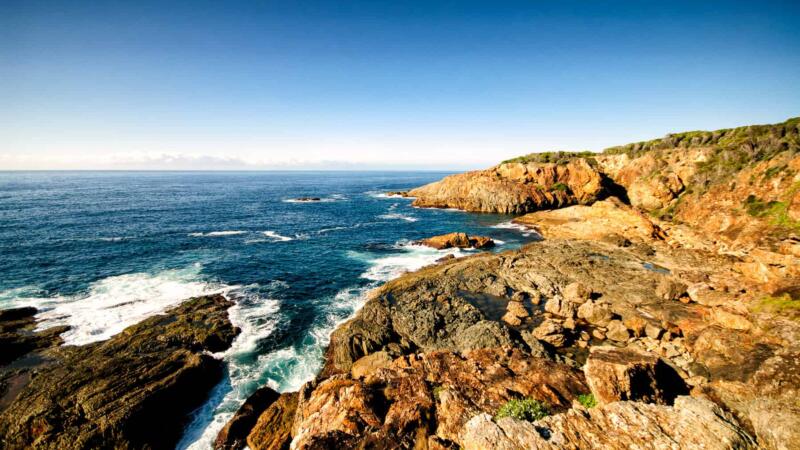 Australia has an immense coastline. 25,760 kilometers, or a little over 16,000 miles. But because most of it is continental, with only a relatively small number of islands along the coast, it pales to the sizes of the coastlines of some other countries.

It pales behind Canada’s, which is astonishing almost 10 times the size (202,080 km). Indonesia, Greenland, Russia, the Philippines, and Japan all have longer coastlines, even though some of them are physically much smaller landmasses.

The southern New South Wales coast includes some spectacular sections. Driving along the coast up to Sydney, I was particularly struck by this rugged headland at Tathra and decided to pull over for a short stop to admire the view. It’s not the first time I’ve found that the morning sunlight really helps to beautifully set off the eastern facing headlands of Australia’s East Coast.