It might be small, but the Templo de la Enseñanza packs in an incredibly ornate Mexican Baroque interior. 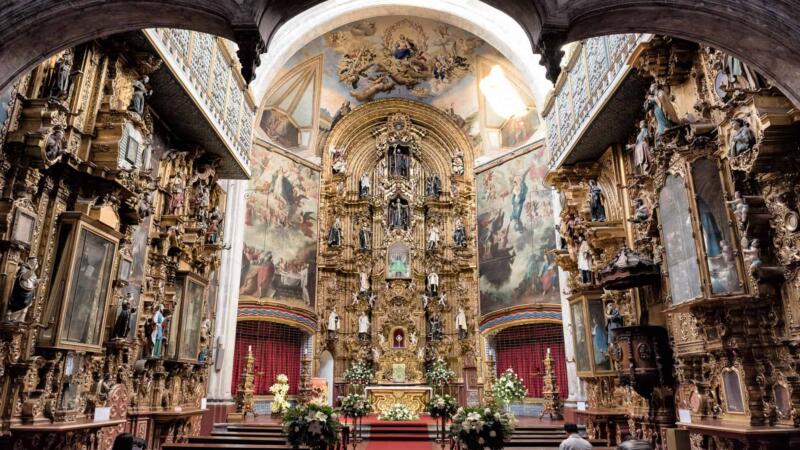 Built in the 1770s, the Templo de la Enseñanza is a small church a block behind the Catedral Metropolitana. Sometimes known as La Enseñanza Church, its name translates as “The Teaching Church,” a nod to its original role as a church attached to a teaching convent. The convent has long since gone.

It’s easy to miss from the outside. Its front is very narrow, jammed in between two other buildings. And its facade is sloping backward, a symptom of the foundations sinking that’s typical in downtown Mexico City. The facade we can see today isn’t the original–it was rebuilt in 1912.

Inside, it features incredibly ornate decorations, amping up even the normally ornate Baroque style to ultra-Baroque. Nine altarpieces line the sides of the nave. The large main altar features a series of statues of saints.

The only real space in the church stretches up above the main altar. High above, the domed ceiling features a highly-regarded fresco depicting the Virgin of El Pilar (the formal name of the church is Iglesia de Nuestra Señora del Pilar).

It’s easy to miss from the outside. But it’s also easy to find–it’s a block behind the Catedral Metropolitana.