MEXICO CITY, Mexico — The open-air observation deck on the 44th floor of the Torre Latinoamericana offers spectacular views out over Mexico City. 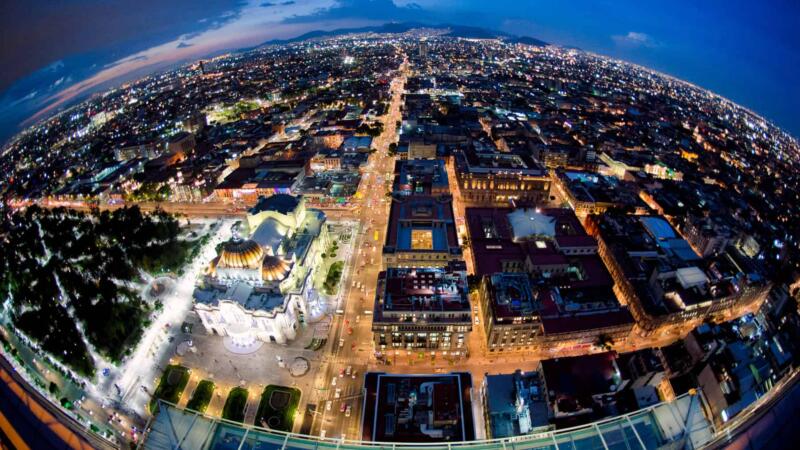 For a city with such a huge population, Mexico City has surprisingly few skyscrapers. The geology of the old lakebed upon which much of the downtown area is built doesn’t help. Nor does being near an active earthquake zone.

The most prominent skyscraper anywhere near the downtown area is the Torre Latinoamericana. It doesn’t look like all that much from street level, but at the time it was an innovation for being a skyscraper built in an active seismic zone. That was put to the test in the 1985 Mexico City earthquake that caused extensive damage throughout the city. The Torre Latinoamericana made it through unscathed.

When it opened for business in 1956, it was the tallest building in the city. It was built to house the insurance company that gave the building its name: La Latinoamericana, Seguros, S.A.

For the 50th anniversary, in 2006, the building was given a new observation deck (or Mirador) to provide visitors with spectacular views out over Mexico City. Those areas take up the 37th to 44th floors.