Vientiane, City on the Mekong

Vientiane’s waterfront seems purpose-built for beautiful sunsets. With a wide promenade and park, it’s well used. And right across the river is Thailand. 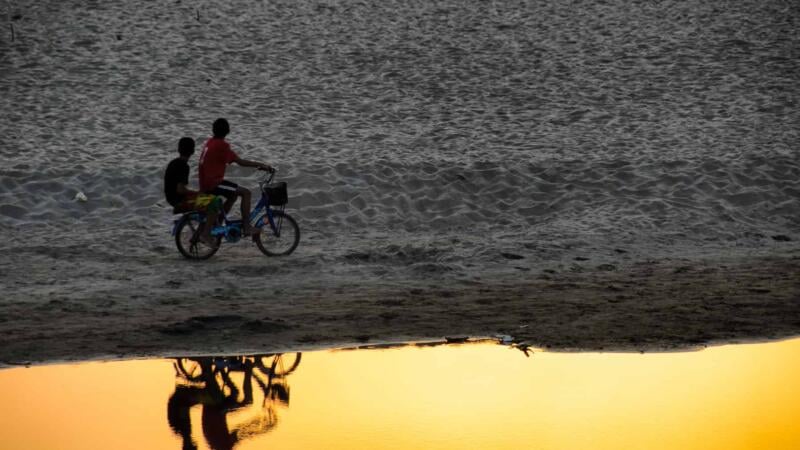 Laos might be landlocked, but that doesn’t mean that it doesn’t have some great water views. Winding through the entire length of the country is one of the world’s great rivers, the Mekong. From the snows of the Himalayas, the river runs through six southeast Asian countries: Tibet, China, Burma, Vietnam, Cambodia, and Laos.

Down here, about halfway down the length of Laos, the river is wide. And it’s also relatively calm yet persistent—calm compared to further downriver near the Cambodian border, where the river becomes massive raging rapids during the rainy season. Unlike further north in Laos, where the landscape is mountainous and rugged, the topography around Vientiane is relatively flat, and the river banks here are sandy, not rocky.

The nation’s capital, Vientiane, sits on the bank of the river. And the opposite bank is Thailand; the middle of the river markets part of a long border between the two countries. There are no fences of walls or checkpoints here—just the endlessly surging water of the Mekong.

Vientiane’s waterfront seems purpose-built for glorious sunsets. A new park and promenade are heavily used by local families out enjoying the balmy evening air. Kids play and swim in the small, protected lagoons created by the wide sandy islands. And in the evening, vendors at a night market sell the usual wares to tourists.

It’s all makes for a relaxed, friendly, and scenic place to spend the early evening.

It’s the capital of Laos, but it’s not as bustling as many other major Asian cities. It’s easy to get around and a good walking city, especially down by the waterfront.

Vientiane, City on the Mekong