WATERLOO, Belgium — This 360° panorama captures the entire painting inside the Panorama of the Battle of Waterloo. 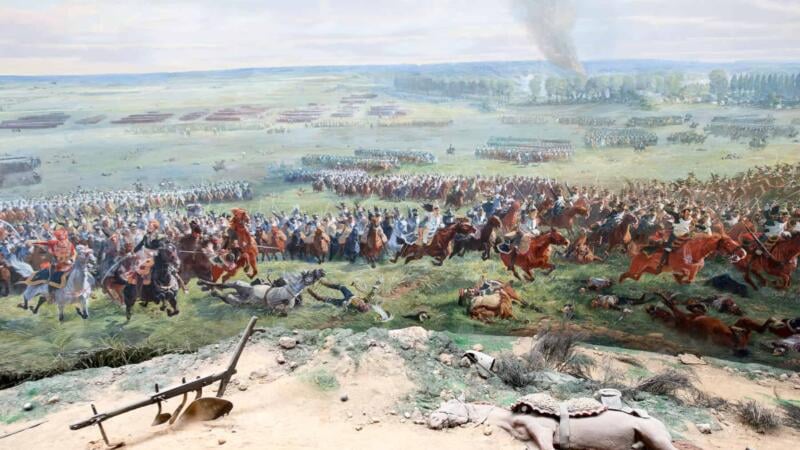 The Panorama of the Battle of Waterloo is housed in its own purpose-built building next to the Lion’s Mound (Butte du Lion) at the battlefield.

On the inside walls of the cylindrical building is a massive 360-degree canvas painted by Louis Dumoulin in 1912. It was commissioned for the 100th anniversary of the battle. The painting measures 361 feet (110m) around and nearly 40 feet (12 m) high. To view it, you walk up some steps to a large raised dais area that provides a panoramic view of the painting.

At the base of the painting are sections of life-size diorama depicting gory details of the battlefield, mud, dead horses, and all. Sound effects evoke the noisy commotion of the day.

This 360° panorama captures the entire painting. Here’s a flat version:

The Panorama of the Battle of Waterloo is in its own round building as part of the Waterloo Battleground complex near Mont Saint-Jean on part of the original 1815 battleground.

I have more information and traditional photos of the building and exhibit here.