ZIHUATANEJO, Mexico — There’s much to love about Zihuatanejo on Mexico’s Pacific coast, and the beach fish market is one of the town’s gems. 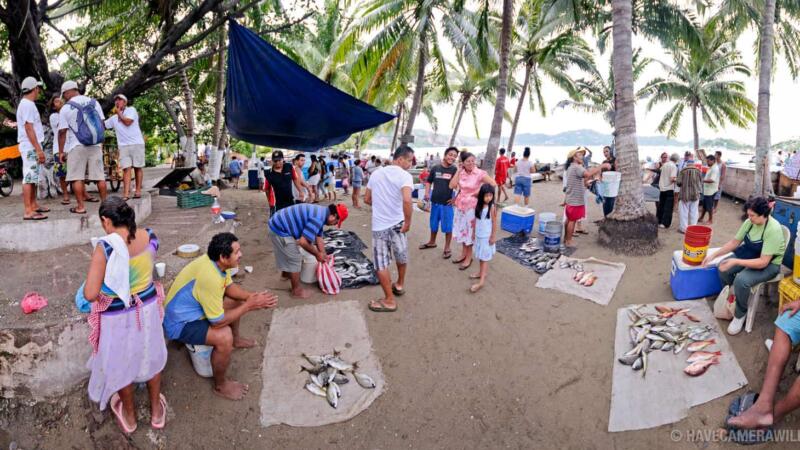 What’s not to love about a local fish market? With some notable exceptions like Seattle’s Pike Place Fish Market that cashes in on its “world-famous” fish-tossing performing fishmongers, fish markets have little place for niceties or pretension.

With freshness being everything, the trick is to sell quickly and get top dollar, meaning there’s not much place for gawking tourists getting in the way and not buying anything. For the fishmongers who make their living selling their perishable wares, it’s all business.

Zihuatanejo is at heart a fishing community, a place where fishing is in the blood. And if the Mexican government had not decided a few decades ago to transform nearby Ixtapa into a tourist hive, Zihuatanejo would likely have remained even sleepier than it is today. The bay against which the town is nestled is not just picturesque; it’s also abundant with fish. And the locals really know how to cook them; fresh seafood dishes are definitely a local specialty.

You have to get up early to see Zihuatanejo’s fish market in action. Dawdle much beyond dawn, and you’ll have missed it. The fishing is done in the dark hours of the morning, and around dawn, the dozens of small, wooden fishing boats convene on Playa Principal to sell their catches.

For an hour or two, the makeshift market on the beach is bustling, but before long, the best fish have been sold, and the mood relaxes to the end of a workday. Not long after that, there’s little sign that just a few hours before, it had been the scene of a bustling and vibrant market that helps define and sustain the entire town.

It is commerce the old-fashioned way. There’s no neon or fancy refrigeration here—the fish are as fresh as can be, and they’re sold well before spoiling becomes an issue, on their way to the refrigerators of the local homes, restaurants, and hotels. The catch of the day is laid out on sheets and tarps on the sand just feet from where the boats are pulled up. Prices are mercurial and negotiable.

Don’t expect Chilean Sea Bass, Swordfish, Barramundi, or scallops here—the entire catch is local, so if it can’t be caught in the immediate area with small fishing boats, it’s not going to be for sale. A big catch of sought-after fish means a bigger payday, but whether they’ve caught tuna or sardines, they can only sell what they’ve been lucky enough to catch.

There’s much to love about Zihuatanejo, and the beach fish market is one of the town’s gems.