A rundown of the external USB powerbanks that have earned a regular place in my travel kit for one reason or another. 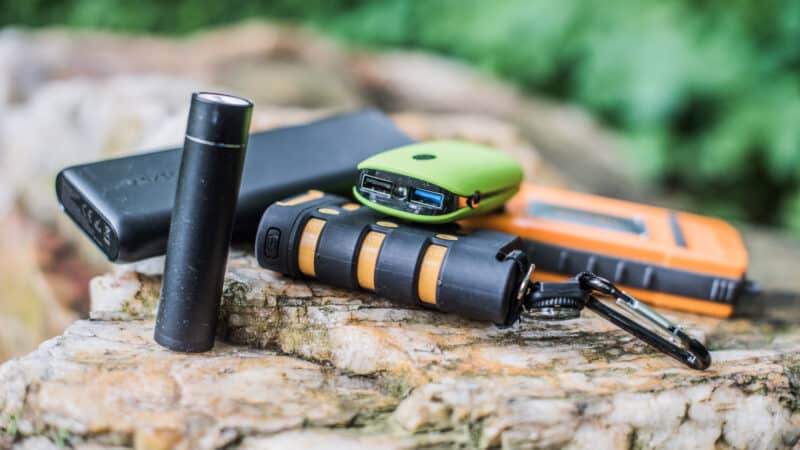 I use external powerbanks a lot, especially when I’m traveling. Whether it’s my camera batteries, GoPros, my phone or tablet, or whatever other devices I have with me, there always seems to be something that needs charging.

But we’re also gradually moving away from that meaning constant access to an AC wall outlet. As more and more devices and their batteries can be charged via the USB standard, it means traveling with fewer bulky AC adapters and not being stuck in hotel rooms for the AC power.

I’m lucky enough to get to try a lot of different ones out, and I’m constantly rotating my favorites in my camera bag. Manufacturers are also constantly bringing out new models, sometimes with more efficient batteries and something with new features.

Since it’s such a moving target, rather than try to put together specific reviews or a definitive list of the best powerbanks based on benchmarks that might be outdated before long, I’ll instead lay out some of my current favorites and why in the hope that it’s useful to someone. These are ones that have passed the test that’s more important to me than technical benchmarks–they’ve earned a regular place in my kit.

As I rotate new ones into the mix, I’ll try to keep this up to date as best I can.

But first, I should explain why there’s more than one external powerbank on this page. Shouldn’t one be enough?

Sure, it can be, certainly. You certainly don’t need multiple powerbanks. But there are enough variations in models that some are better suited for some things than others. For instance, I’d rather not be walking around all day with the biggest beast of a powerbank in my camera bag even if it does charge my phone 20 times over. At other times, though, a tiny, portable one simply isn’t going to have enough capacity to cut it. Others are water resistant. Still others double as portable lighting.

So here are some of my favorites that I’ve been using. I don’t travel with all of these at once, but some are useful for particular occasions. Each has distinctive strengths that help it earn its place.

Anker has been making some of the best affordable batteries around. And they have an interesting story behind them. They saw the opportunity with people using more and more mobile devices and aim to provide high-quality batteries that are much more affordable than the ones made by the original manufacturers. It seems to have worked rather well for them. 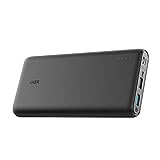 CHIULOIAN
Check Price at Amazon
The PowerCore 20000 is one of their newer high-capacity ones. It has more efficient cells than previous models, meaning it’s considerably smaller and lighter compared to predecessors and most competitors with ratings around 20,000 mAh. That’s a plus for portability.

And while there are batteries with even higher capacity, 20,000 mAh is enough to charge an iPhone 7 around ten times or a GoPro HERO5 Black’s battery around 16 times.

There are three other things I like about this one. The first is that it has two outputs so that you can charge two batteries or devices simultaneously. The second is that it has quick charge technology (called Quick Charge 3.0 and PowerIQ) that speeds up charging considerably. And the third is that its output is strong enough to power a MacBook.

This isn’t the battery I carry around with me all day–although it’s surprisingly compact and light for its capacity–but it’s my all-purpose go-to, even when I do have easy access to AC outlets.

Anker PowerCore+ Mini, 3350mAh Lipstick-Sized Portable Charger (Premium...
Check Price at Amazon
The Anker PowerCore+ Mini is on the other end of the spectrum: tiny in size and about 1/6 of the capacity (3350mAh). It only has a single output and has a maximum output of 1A, which makes it relatively slow to charge on some devices (newer high-end phones and tablets can often take input around 2.4A).

But its headline feature is its size. About the size of a tube of lipstick and weighing only 2.7 oz (77 grams), it’s super portable and easy to carry around in a bag all day as an emergency backup for phones. I also use it with small cameras that run out of power quickly, like GoPros and the Ricoh Theta S–I can charge them on the go right in my bag.

Another one that I like that’s very similar is this one by Jackery. 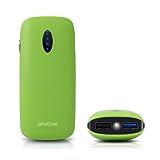 Photive 6000mAh Premium Portable External USB Charger. Powerful, Compact,...
Check Price at Amazon
This one has been around for a while now and seem to be harder to find (according to Photive’s website, it still seems to be a current model, though). It’s another go-to I use for it’s extreme portability. It’s tiny and light, and with 6000mAh it provides nearly double the PowerCore+ Mini.

Unusually for one this size, it has two output USB ports so that you can charge or power two devices simultaneously. 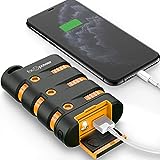 FosPower 10,050mAh USB C Power Bank, 2.1A Dual USB Output Portable Charger...
Check Price at Amazon
As a power source, the Fospower PowerActive is capable without knocking your socks off. It has a capacity of 10,200 mAh and a single USB port output up to 2.1A. It’s about the size of a pack of cards.

But the thing about this one that appeals to me is that it’s ruggedized. That is, it’s waterproof, dust-proof, and drop-proof. That makes it especially useful for travel.

One important thing to note about the waterproof aspect, though, is that it is not waterproof when actually using it. The ports are covered over with a sealed cover door. So to actually access the ports to insert a cable means opening that door. Nevertheless, it is waterproof for transporting, which can come in especially handy when hiking or camping or even just general traveling.

I have a more detailed review of the Fospower PowerActive here.

Power Practical Lithium 4400 Lantern/Battery
Check Price at Amazon
To be honest, I’ve never understood why so many powerbanks have included an LED flashlight function. It’s always seemed to me to as an afterthought, and while I can sort of see the rationale, it’s always just struck me as an odd combination.

Having said that, this powerbank from Power Practical doubles down on the idea by having not one but four LEDs and building that into a central feature.

And, oddly, that makes a difference, at least to me. Rather than a single harsh point of light to be used as a flashlight, the four LEDs provide a much softer and evenly spread light that is actually useful for lighting in a tent or even for reading.

The battery function isn’t especially notable–it does what it’s supposed to do without fuss–although its 2A output is higher than some of the other smaller and older powerbanks and makes for quicker charging of devices that can use more than 1A.

I’m always on the lookout for better powerbanks, so let me know in the comments if you’ve got other recommendations.