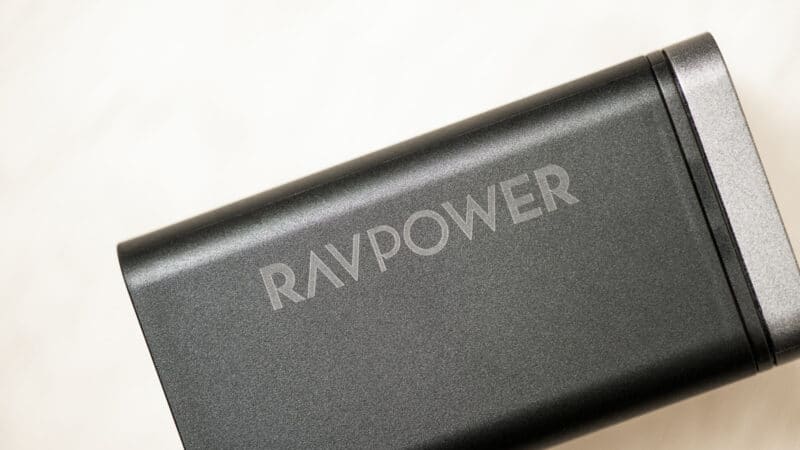 I end up with a lot of USB charger hubs. So many of my cameras and devices charge via USB now, that it has become essential. And while you’d think one USB charger hub is just like the next one, that’s not how it works in practice.

The most recent one I’ve been using is the RAVPower PD Pioneer 65W 4-Port Desktop Charger (model RP-PC136). The folks at RAVPower sent me one to try out. It’s a small hub and has fewer ports than some of my other ones. But it also has some advantages. 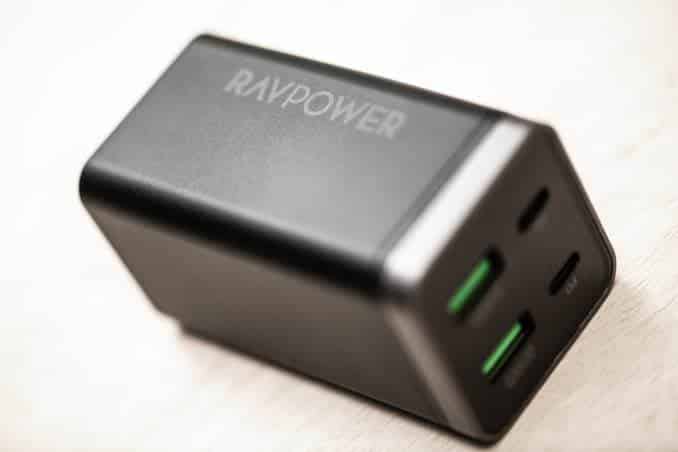 One is that it’s powerful. Yes, there are more powerful 100W USB hubs out there, but 65W is plenty for my everyday needs.

This is a small power charging hub with two PD ports and two iSmart ports.

This is called a desktop charger. The thing that makes it that is that it has an AC cable rather than plugging directly into the wall. So you can, well, put it on your desk. It’s just a matter of convenience, with the minor added inconvenience of needing to remember both the charger hub and the AC cable rather than just a single-piece wall charger.

But the reason I prefer to travel with this kind of desktop charger rather than a lower-profile AC adapter that goes right into the wall is that it’s much more versatile. It’s amazing how often the wall outlets in hotels are hidden behind chests of drawers or beds or fridges. And even with newer planes that have AC ports at the seats, it’s much more convenient to use a hub with an AC cable than one that plugs directly in.

There’s nothing hard or tricky about using it. Just plug it in, and plug your devices into the ports. If you’re using devices that can take advantage of PD power input, you can get up to 65W total output. If you use more than one port at the same time, that 65W will be distributed between them.

It does not include any USB cables.

There’s not much complicated about using this—it’s very simple.

It comes with a 4-foot cable. That’s a little long for my use—I hate having all that extra spare cable lying around, especially when I’m packing light for travel. But it’s easy to fix. If you want to change the AC cable out for something shorter, it’s just a standard cable with a universal figure-8 plug. These 1-foot versions will work, as will these 2-foot ones that have a low-profile plug