The RAVPower 30000mAh 100W 3-Port Power House is a portable power outlet, with a large battery and even an AC port. So you can charge USB devices on the go as well as mobile devices that only charge via AC. 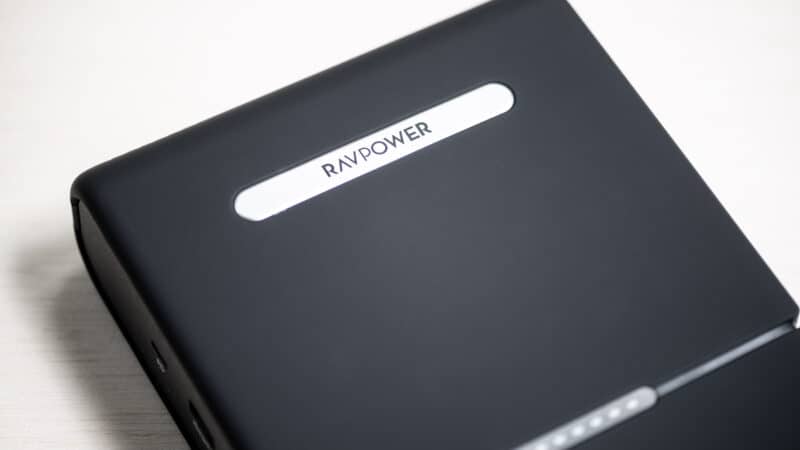 This thing is a beast. It’s not just another mobile power brick. Sure, it’s that, and packs a 30000mAh rechargeable lithium battery, which is quite large for a mobile battery pack.1 So you can charge smartphones, iPads, camera batteries, or probably even your laptop multiple times over.
It’s the RAVPower RP-PB055 30000mAh 100W 3-Port Power House. RAVPower calls it a portable power outlet, and that’s just what it is, with USB ports and even an AC-out port. The folks at RAVPower sent me one to try out, and here’s my take on it after using it for a while.

But the party trick of this battery is that you’re not limited to charging only USB devices. That’s because it comes with a three-prong AC outlet as well. So you can also charge 110V devices up to 100W that only have an AC plug. And to be clear, that’s charging from the battery via an AC plug. I’ve found that particularly useful for laptops that have their own AC power adapter. It’d be nice if all laptops could charge using a USB-C cable, but there are many laptops that don’t have that feature and only charge with an AC adapter. The same goes for camera batteries–many can charge via USB, but not all. So it’s nice to have the extra flexibility.

The Power House is very simple to use–basically the same as a regular mobile power brick. There are three USB ports, a power button, and an AC socket. On the front is a row of eight small blue LED lights that serve as the charge status indicators2. 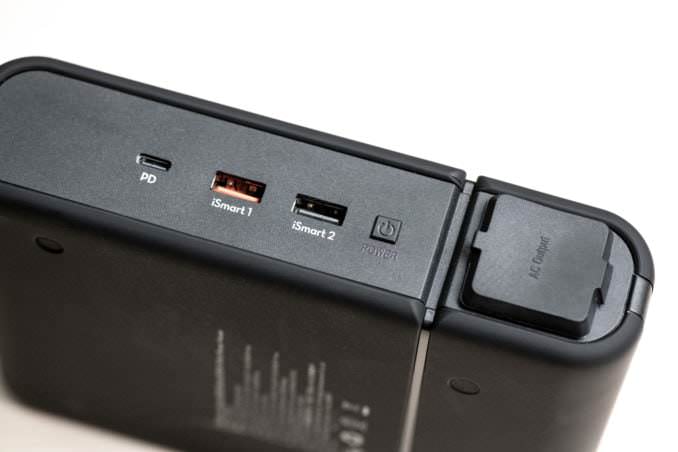 The USB ports are:

So, for the USB ports, the highest available output is through the PD port, at 60W. The AC port can handle an even higher output of up to 100W.

To get the charge status of the battery, press the power button once.

As with most battery and power devices, it’s normal for the device to get a bit warm during use, and I found that it does. But a lot of the reason for the larger size of the Power House is that it has some built-in space for airflow and heat sinks to dissipate the heat away.

One thing it doesn’t have is a way to charge the Power House directly from AC. That did strike me as a little odd—it doesn’t come with an AC power cord, and there’s no AC-in port. So you’ll need to charge it using the USB-C PD input. You can use a standard AC wall adapter for that, but to speed things along—it’s a rather large 300000mAh battery, after all—you’ll want to use an AC adapter or USB-C power hub that can output at least 45W. I’ve been using the RAVPower PD Pioneer 90W 2-Port Wall Charger RP-PC128, which I’ve found to be a very useful fast-charger for several of my devices and cameras and makes for a very good combination with the portable Power House. 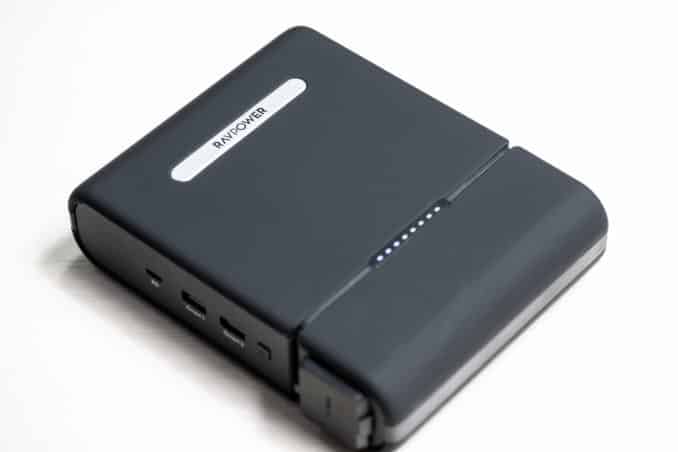 These are the power specs taken from the included manual:

This is significantly larger than the typical USB battery packs I take with me when traveling. But it’s also more flexible. The AC outlet, in particular, is especially handy for any devices that don’t have USB charging available. So charging a laptop on a plane or at the airport is no problem.3

In short, it’s an attractive option if you’re looking to take one mobile charging station that can handle a bunch of different devices.

Images and product information from Amazon PA-API were last updated on 2022-12-05 at 06:40. Product prices and availability are accurate as of the date/time indicated and are subject to change. Any price and availability information displayed on Amazon Site at the time of purchase will apply to the purchase of this product.