If you’ve got current and older versions of your Adobe Creative Cloud apps installed, here’s how to remove the unwanted versions. 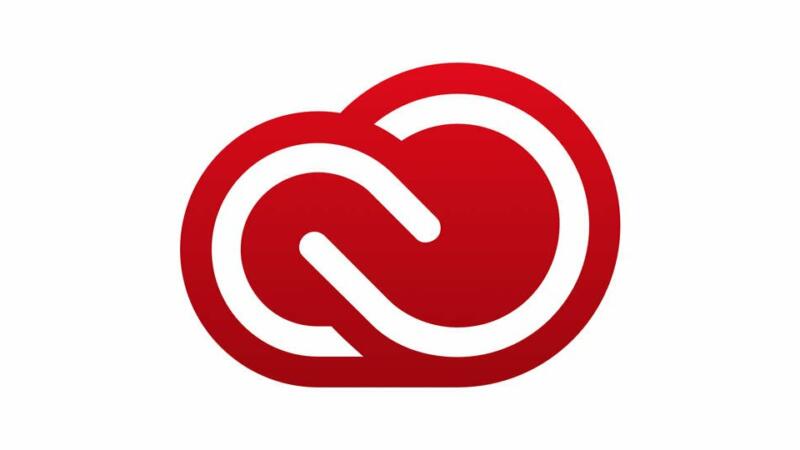 Creative Cloud brought with it the ability to install a bunch of different Adobe apps. That’s mostly a good thing, but it also means you can end up with unwanted apps installed.

It’s not just a matter of not installing the apps in the first place. When Adobe Creative Cloud installs the newer versions, it sometimes installs them alongside the existing CC versions. So you can end up with new and old versions of your Adobe apps. This was a particularly notable issue when going from CC to CC (2014) versions.

Now, there are some situations where you might want that—say, if you have a plugin or process that only works with a very specific version. But in most cases you probably don’t. You end up with a panel looking like this. 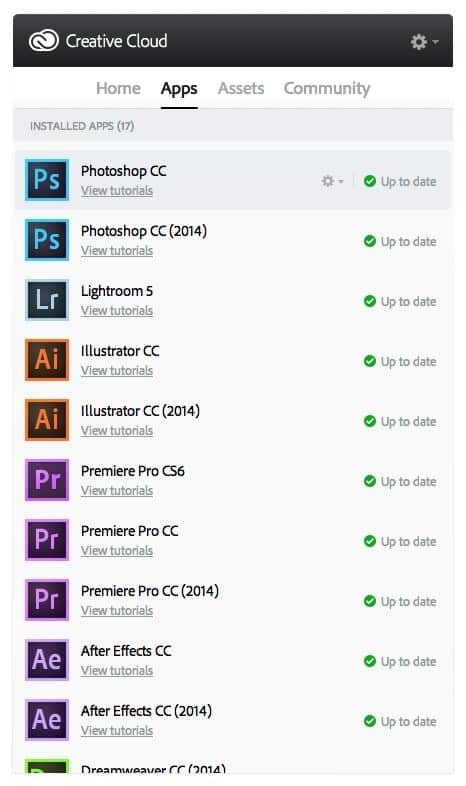 There’s a good reason for Adobe doing it this way. The CC 2014 versions are treated as new apps, and they don’t automatically import your plugins and settings. Which is why CC 2014 apps are installed alongside rather than replacing the existing versions–basically so that you don’t end up losing all your plugins. But if you’ve already migrated your plugins or don’t use any, you end up with what amounts to unnecessary duplicates.

There are two ways to uninstall unwanted apps. Both involve a proper uninstall–just deleting the apps is the wrong way to do it. The right way is to uninstall them.

Uninstall from within the Creative Cloud application manager. Both options outlined on this page work, but this is probably the easiest way.

In the Creative Cloud popup, make sure that the Apps tab is selected. When you hover the cursor over an app, you get a small settings icon and a drop down arrow. 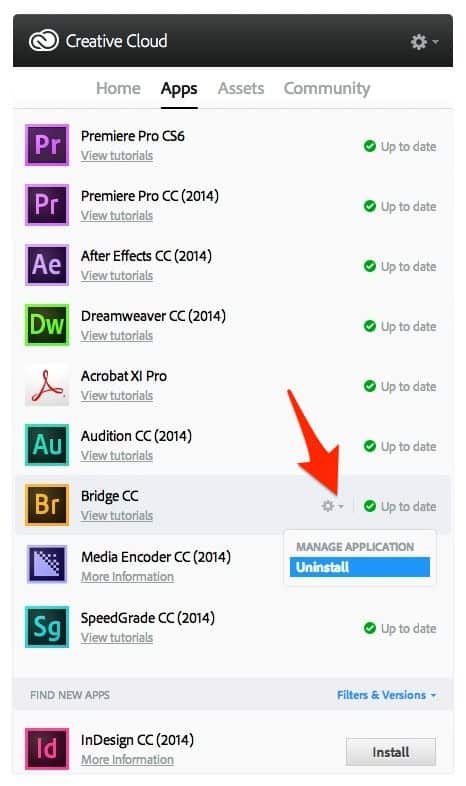 Choose Uninstall. You’ll then get the option of whether to keep or remove the preferences for that app. 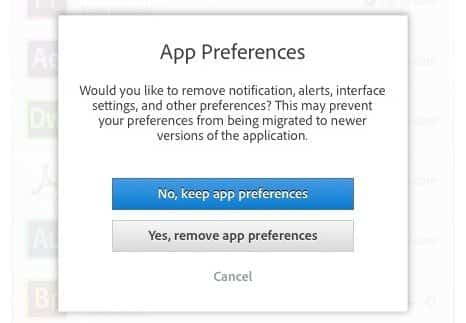 It’ll then go through the process of uninstalling and show progress. 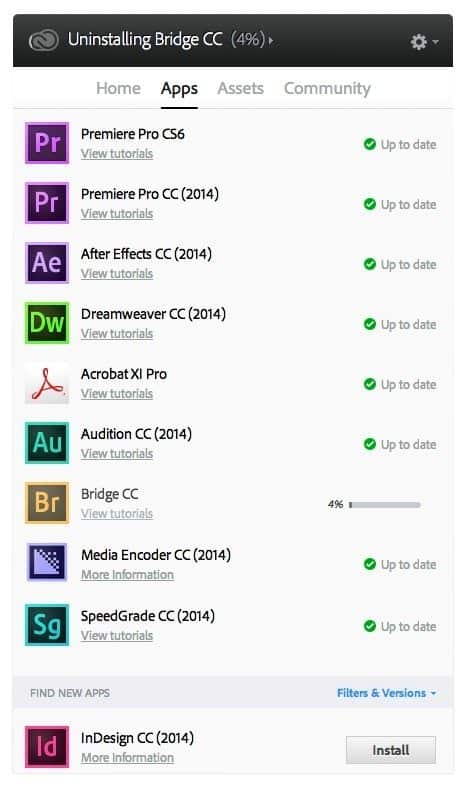 Option 2: Use the Uninstallers

All of the apps also include uninstallers that you can run from Finder or Windows Explorer.

On Mac, the folder contains aliases to all the uninstallers.

You can’t batch them–they have to be done at a time or you end up with this message:

When you run each uninstaller you’ll get the option to leave or remove preferences. 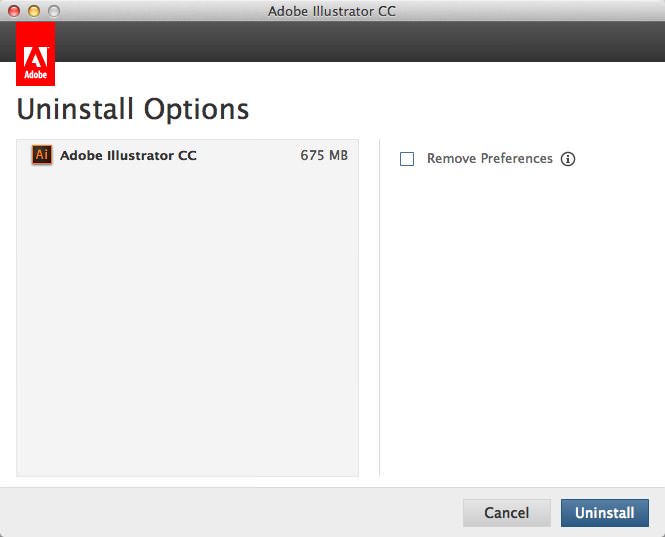 It’ll then go through its process. Some apps take a while to uninstall. 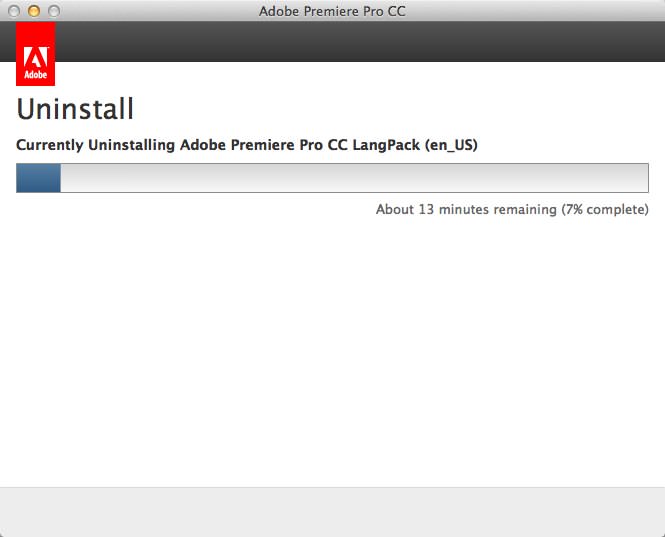 Once it’s done, you’ll get a message saying the process is complete and you can move on to the next one. 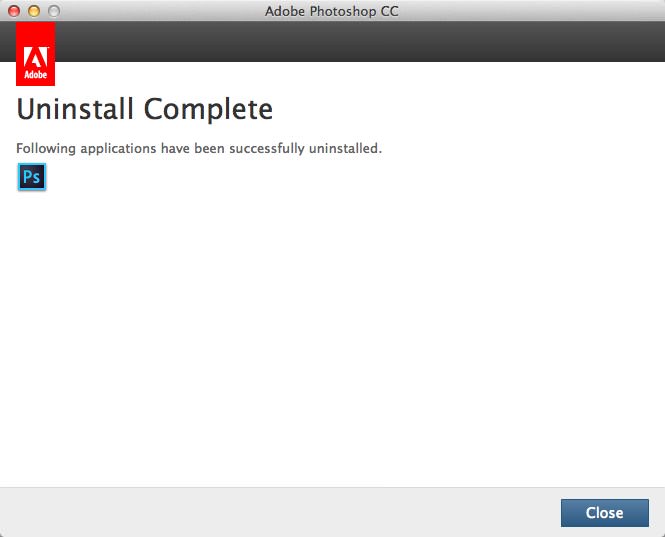 The result is a much cleaner Creative Cloud app, less clutter taking up space on your hard drive, and less clutter when using external apps in things like Lightroom. 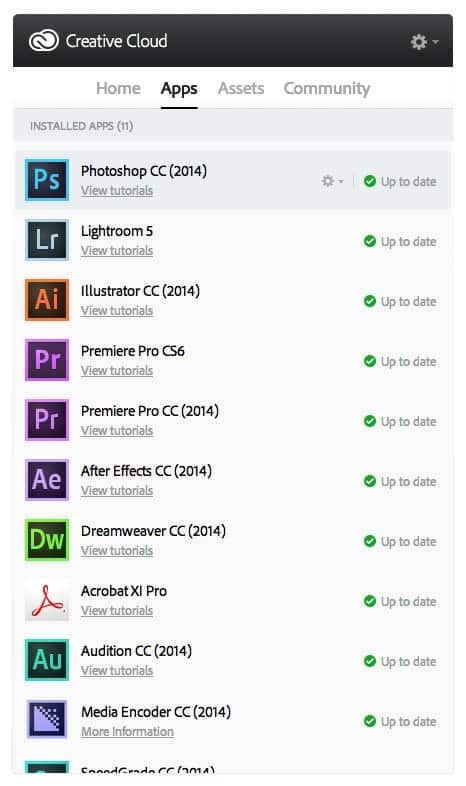 4 thoughts on “How to Remove Unwanted Adobe Creative Cloud Apps”