This simple little hack is a way to change the “Filed under” and “Tagged with” labels from post metadata if you’re using the Genesis Framework in Wordpress. 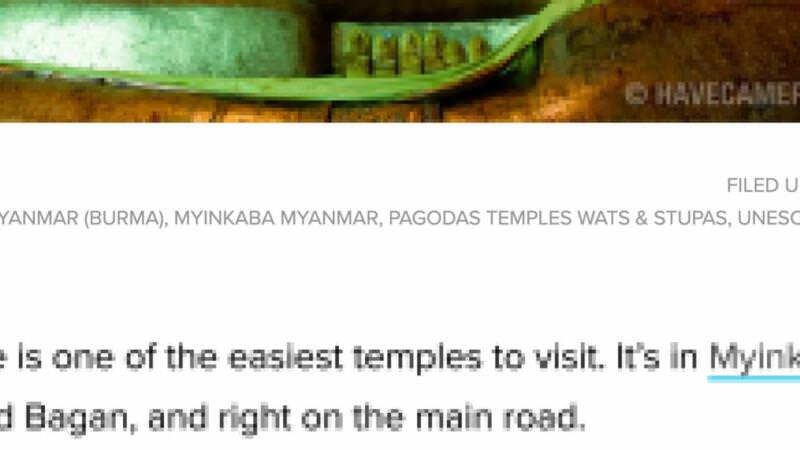 What I wanted to do sounds like it should be simple: change the “Filed Under:” and “Tagged With:” labels for the metadata on Wordpress posts. This is the metadata that usually displays at the top of posts.

I’m using the Genesis Framework. With Genesis, things like this are usually handled with code snippets to go in the functions.php. It’s a simple and elegant way to do it so long as you get the right code in the snippet. Thankfully, a lot of Genesis experts have shared a huge number of snippets to do all sorts of things.

And there are quite a few snippets that are designed to do exactly what I wanted to do here–replace the “Filed under” and “Tagged With” labels. But I tried a bunch of them over time and couldn’t get any of them to work for one reason or another. Some of them had no effect. Some of them crashed my site with a white screen (thanks for incompatible code in the functions.php file). I couldn’t figure out precisely why each didn’t work. Some seemed to be written for older versions of the Genesis Framework. Others may have been clashing with plugins or other snippets. But the upshot is that I just couldn’t find a solution. And based on the comments that had accumulated over time, it’s clear I wasn’t alone.

Even using the Simple Edits plugin for Genesis, the solution wasn’t immediately self-evident. But it turns out that the solution is very simple once you know the little trick. But for some reason, I had a lot of trouble finding that little trick. Part of the problem is that it turns out the best reference is behind Studiopress’s paywall and doesn’t show up in Google searches. And even on that page, it still doesn’t leap out at you.

The first part is to use the Simple Edits plugin. It’s free and simple. You can find it on the Wordpress plugin repository. I have no doubt there’s a way to get the same effect with a function.php snippet and without using the Simple Edits plugin, but I couldn’t find a snippet that worked for me and I was spending too much time tryign to find one. This approach did work, and worked quickly and simply.

It comes down to this . . . The default shortcodes for display the categories and tags in metadata are [[post_categories]] and [[post_tags]].

So if you’re using the Simple Edits plugin and want those fields displaying on new lines, you might have something like this in the “Entry Meta (above content)” field:

But that retains the original “Filed Under:” and “Tagged With:”.

And there’s also one that overrides what comes before the list of categories or tags, which is usually the label for that list. So you can use:

So, there it is. Hardly revolutionary, and not at all hard once you know how. But it was one of those niggling things I’d been looking to solve for a while and simply couldn’t find.

Hopefully, this helps someone else out.

In the process of writing this post I ran into an issue with the shortcode examples being processed. But I found, and posted, a way to escape shortcodes in Wordpress.