Ricoh has produced a simple solution to making the USB and HDMI ports accessible when mounting the Theta S and Theta SC on a tripod or stand for running with external power or doing live streaming. 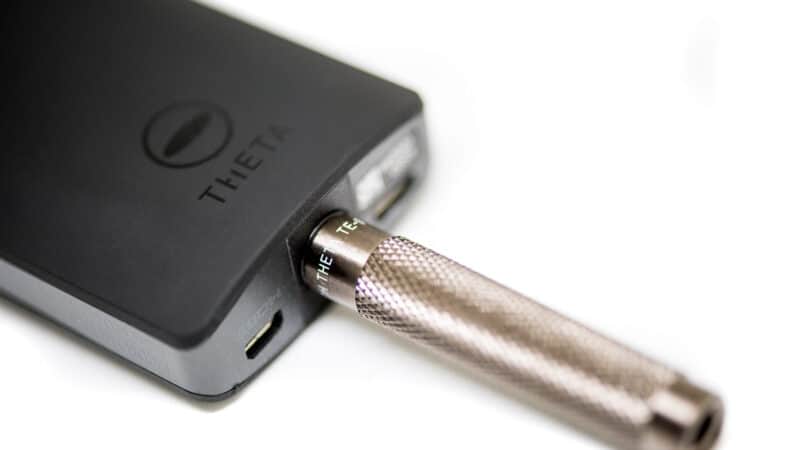 If you’ve ever tried to run your Ricoh Theta S or Ricoh Theta SC with live streaming or plug in external power while having it on a stand or tripod, you will have run into a problem. Because the camera’s ports are on the bottom of the camera, they’re blocked. This, for instance, is with a pretty typically sized mount:

So long as it was only about being able to run from external power, it was a nuisance. But once Ricoh enabled the live streaming feature and wanted to be able to make that a major marketing feature, the blocked ports became a deal-breaker because you need to use a physical cable for the feature to work.

So Ricoh has now come up with a solution: the Ricoh Theta TE-1 Extension Adapter.

Despite the fancy name and packaging, it’s a simple metal extension bolt that fits between the camera and the tripod or selfie-stick head. It allows access to both the micro-USB and the HDMI ports while also mounting the camera on a tripod, stand, or selfie stick.

On a normal camera, a narrow bolt like this wouldn’t work because it doesn’t have a wide platform to help with stability. That would lead to wobble and also strain on the tripod stud socket. But because the Theta S and Theta SC are so light and the center of gravity directly vertical, there’s not much side-to-side leverage. So having such a narrow base point isn’t much of an issue, and I haven’t found it to cause any problems with the Theta S.

When attached, it adds a shade under two inches in height. And while that doesn’t sound like much, it’s enough to have a side benefit. That little extra height reduces slightly the size of the stand or tripod head in the frame when taking 360° panoramas.

Theta TE-1 Extension Adapter is well-made and nicely finished, but there’s no magic to this–it’s a metal extension that doesn’t require any proprietary technology. So third-party options work just as well–and they’re often cheaper. Something to check, though, when using an off-brand version for the first time is that the thread that goes into the camera itself is the right length for a snug fit without being overtightened. I sometimes find the thread on third-party tripod adapters to be too long, in which case they don’t go in flush and can lead to wobbling.

Ultimately, this is a very simple, inexpensive, and lo-fi solution. But it works, and it solves one of the annoying side-effects of the design decision with the Theta S and Theta SC of having the ports on the bottom.

Check the current price and availability of the Ricoh Theta TE-1 Extension Adapter at:

You can also find cheaper knock-off versions. And, frankly, they do the same thing. 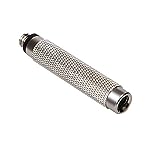 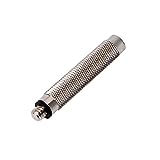 You can also get an even longer version, which can be useful if you’re using it in part to hide the tripod or support in 360-degree shooting: 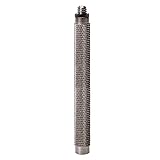