Hard drive docks for naked hard drives have been available with USB interfaces for several years. Now there’s a new dock with a Thunderbolt interface that promises up to double the speed. But it’s not going to be a good fit for everyone. 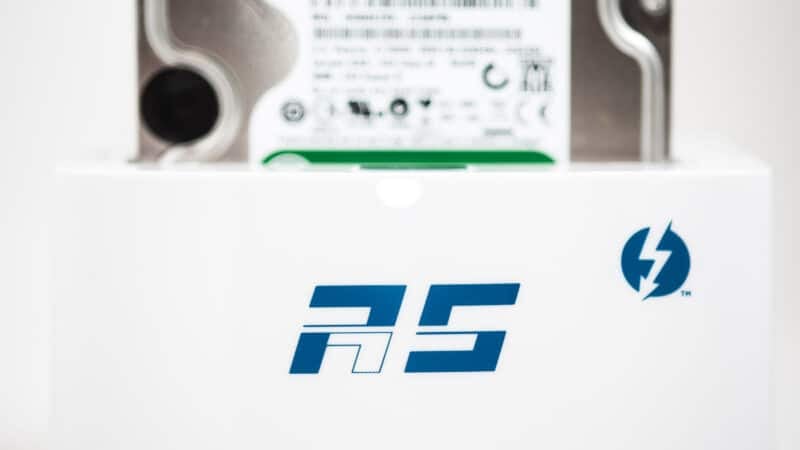 It’s amazing how much data we accumulate. Not so long ago, a 500GB hard drive seemed pretty massive. Now 4TB and 6TB drives are common and surprisingly inexpensive, with an impressively low cost per gigabyte.

External hard drives are an important part of my backup system. I use a Drobo for my main archive and also have full backups in the cloud. But as an extra layer of protection I also keep backups on a set of external hard drives that I rotate and keep off-site.

I used to use external hard drives that came in their own enclosures and included their own power supplies and transfer interfaces. But I’ve tended to move away from those, at least for my general archiving purposes. For one, I find them too dependent on their own particular power supply, and once you accumulate a few external drives you end up wasting time and effort trying to keep track of which power supply goes with what drive. For another, the enclosures are also another point of failure–I’ve had more than one USB interface on a hard drive enclosure go bad when the drive inside was perfectly fine. And, finally, you pay a premium for those enclosures. I still use drives with their own enclosures most of the time when traveling, when the extra protection and convenience come in handy, but for most of my other archiving drives I now tend to use naked hard drives.

They’re cheaper that way, and you get more control over the exact drive model and its performance specs. But they don’t come with their own protective shell. And, more importantly, you can’t just plug them in directly to your computer’s ports. You’ll need some kind of interface to provide power to the drive and provide a transfer link. You can buy adapter plugs that do that, but a much more convenient and neater solution is to use a hard drive cradle dock.

I’ve been using various USB 2.0 and USB 3.0 versions over the years. With most of them it’s just a matter of slotting a hard drive in a bay and using it like any other external drive. When you’re done using the drive, you can take the drive out and swap it with another. Some docks have one hard drive bay; others have two.

USB 3.0 transfer rates are quick, but there’s a newer kind of port that promises to be even faster: Thunderbolt. It’s most relevant if you’re using one of the newer Macs. In theory, the Thunderbolt connection should be able to support a transfer rate of 10Gb/s, double the theoretical maximum speed for USB 3.0 of 5Gb/s.

Thunderbolt accessories have been slow to coming to the market, but there’s now a Thunderbolt hard drive dock: the RocketStor 5212 put out by a manufacturer called HighPoint. It claims to be “the industry’s first dual-bay Thunderbolt storage dock”–it’s the first I’ve seen and the first I’ve tried myself, although there is at least one other now available. And I wanted to see whether upgrading to a Thunderbolt dock was worth the premium price (over double the price of an equivalent USB 3.0 drive).

It has two drive bays and is compatible with 2.5″ and 3.5″ SATA hard drives and 2.5″ Solid State Drives. It has Hot-Swap and Hot-Plug support, which means you can swap out drives at will. For power, there’s an AC adapter that plugs into the base, and the package includes a Thunderbolt cable.

Using it is simplicity itself. Plug it in to power and simply slide a hard drive in. You shouldn’t need to install any special drivers.

Gravity holds the drives in place, although it’s only suitable for using still, as the drives will fall out if you tip the base. There’s no enclosure around the drives, so even when they get warm they’re cooled naturally by the air. There aren’t any fans to make noise. 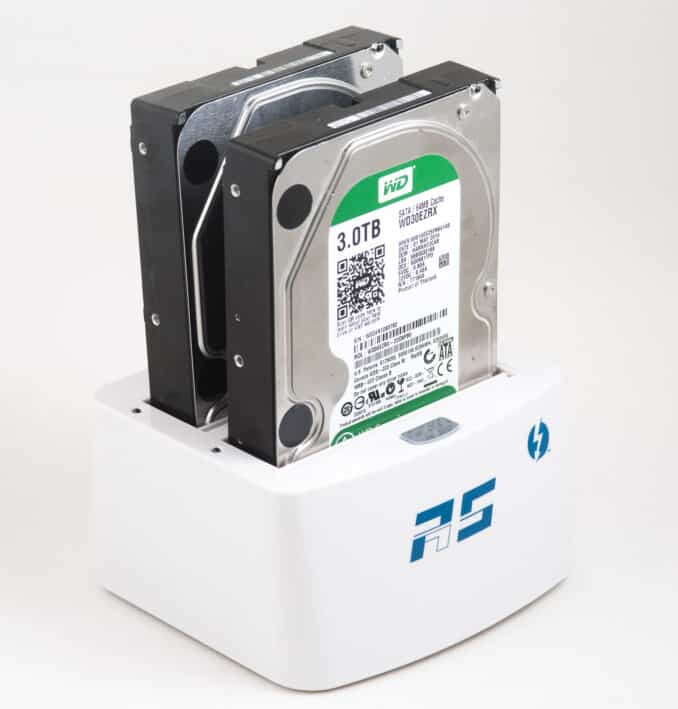 In practice, it’s pretty unlikely that most of us will get anywhere near those speeds in practical use. There’s always some overhead that keeps the practical maximum lower than the theoretical maximum, and there are too many places in the transfer chain where the speeds can bottleneck.

I haven’t done extensive benchmark testing, but I was interested to see whether, in real-world use, upgrading from a USB 3.0 hard drive dock to a more expensive Thunderbolt one was going to be a worthwhile investment for me.

To be clear, I’m not using the fanciest, fastest drives available–in some ways, they’re far from it. For the most part, I’ve been using WD Green 3.5″ SATA drives in my backup workflow, which I’ve found to be a good compromise of reliability, price, and speed. But there are certainly faster SATA drives out there. SSD drives are much faster still, but they are so far limited in the amount of storage space they offer and are much more expensive per gigabyte than SATA drives.

I did run a test using the same set of large image files to the same new, freshly formatted SATA drive. It was nearly 10GB (9.98GB, to be precise) of NEF image files, each of which is about 76MB. I’m using an off-the-shelf iMac Retina (late-2014) that has both USB 3.0 and Thunderbolt ports built-in.

With the Thunderbolt dock, transferring them all took about 1 minute and 38 seconds from start to finish, averaging roughly 118MB/s. In the USB 3.0 dock it was actually a shade quicker: 1 minute and 32 seconds. Both, it should be noted, were a far cry from the maximum transfer speeds each protocol supports.

That, of course, is far from a definitive benchmark test, but the results surprised me. The weak link seems to be that the transfer speeds of both USB 3.0 and Thunderbolt exceed the maximum transfer speeds of the SATA drive, combined with the other overhead built into the system. Anecdotal reports suggest that it would be a very different story with an SSD drive, but they’re not a practical option for archival backup for now.

The device itself is silent. There aren’t any fans or other moving parts. The disks themselves might make a little noise, depending on the model and its spin speed.

Do the Disks Get Hot?

Well, they might, but I’ve not had a problem with it.

There aren’t any fans or other cooling systems. But the drives aren’t enclosed in a space and are open to the air, so heat dissipates naturally into the surrounding air.

Does it Include a Thunderbolt Cable?

No. You’ll need to pick one up separately (and they’re not inexpensive).

Much to my surprise, and despite the promise of Thunderbolt’s faster theoretical transfer speed, the Thunderbolt dock offered me no performance gain in my workflow. The kicker is the cost. Thunderbolt accessories are currently much more expensive than USB 3.0 equivalents, and in this case it’s over double. So, for me, the premium price for a dock with a Thunderbolt connection simply isn’t worth it.

But my usage for it isn’t playing to the dock’s strengths. I’m transferring large amounts of data to SATA drives, which are reliable and cost-effective but aren’t anywhere near as fast as solid-state drives (SSDs). But SSD drives still aren’t a cost-effective option for archival backup.

So while the Thunderbolt dock doesn’t give me any performance gain on my setup for my use, your mileage might vary if you have a different hardware setup. With an SSD it can be a very effective way to add an external boot or cache drive. And there are other reasons you might prefer to use the Thunderbolt port rather than a USB 3.0 port.

So if you are looking for a Thunderbolt hard drive dock, the RocketStor 5212 Thunderbolt Dual-Bay Hard Drive Dock is available at Amazon. 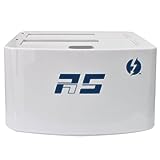