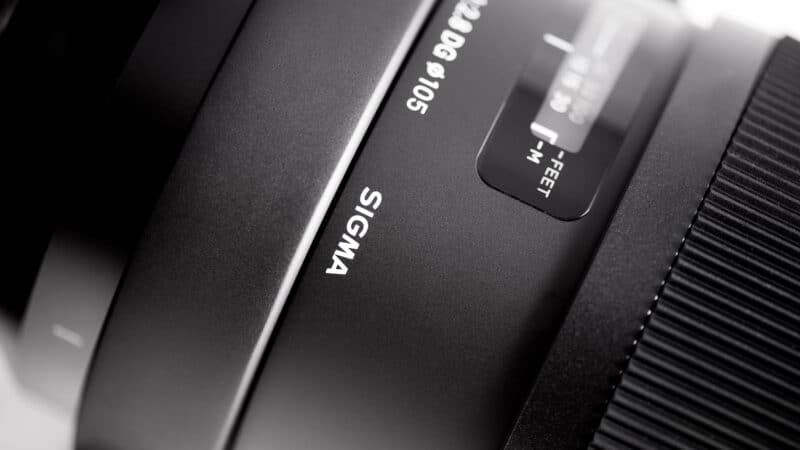 I’ve been interested in some of the new lenses that Sigma has put out lately. Sigma has been around a long time as a third-party option for lenses, and while I’ve used the occasional Sigma lens in the past–especially the 10-20mm f/4–I’ve tended to stick mostly to Nikon lenses. It’s only in the past year or so that I’ve started to take notice, and that’s in large part because Sigma has been doing a major overhaul of its product line and putting out some interesting new lenses. They’re not simply making less expensive versions of Nikon or Canon lenses, and they’re obviously using their imagination and are willing to try something new.

Over the past year or so, I’ve been putting some of them through their paces. (You can find the reviews here.) Overall, I’ve been impressed with how well they’ve performed.

The latest one I’ve been testing is the 120-300mm f/2.8 zoom lens. Or, as Sigma’s marketing department calls it, the Sigma 120-300mm f/2.8 DG OS HSM Lens. It’s available in three versions with different mounts, for Nikon, Canon, and Sigma; I’ve been using the Nikon mount version on a Nikon D810.

In recent years, Sigma has started putting out lenses in three lines: Contemporary, Sports, and Art. Each line has different priorities when it comes to putting together the combination of performance, quality, price, and portability that makes up each lens. The Art line puts emphasis on optical quality rather than things like focusing speed. The Contemporary line emphasizes affordability and portability. The Sports line emphasizes things that matter when capturing sports or wildlife, such as fast, accurate focusing, and optical quality.

The 120-300mm f/2.8 was the first model in the Sports line. Although that’s not necessarily saying a lot–for now, there are only two lenses in the line, the other being the 150-600mm, which I’ve reviewed before. And the decisions that have gone into its development have emphasized the kinds of things that are important to sports and wildlife shooters, such as a large maximum aperture (f/2.8), fast focusing, and optical stabilization. But that also means that portability and affordability are lower on the priority list. The result is that this is a big, heavy lens, weighing in at 7.47 lb (3.39 kg). And it’s not cheap–Sigma’s list price is $3,599.

It’s an interesting zoom range–there’s no directly comparable lens in either the Nikon or Canon ranges. The closest equivalents that have the fast f/2.8 maximum aperture–often considered a signature of “pro” lenses–are the impressive and versatile 70-200mm lenses. Insofar as focal length zoom range, both Nikon and Canon each have a couple of lenses with 70-300mm zoom ranges, but those lenses are much slower and not in the same league regarding quality, performance, or price.

Now that I’ve had the chance to shoot with the 120-300mm for a few weeks, here are my impressions.

The first thing I thought when I pulled this lens out of the box was, wow, this is heavy. It’s the kind of weight you’d expect with a lens with a much longer focal length, something like 400mm prime or a 600mm. For comparison, it’s about double the weight of the Nikon 70-200mm f/2.8 and nearly double the Nikon 80-400 f/4.5-5.6. The tripod collar is also quite bulky, but it’s also removable. Overall, this isn’t one of those lenses you might throw in your camera bag on the way out the door, just in case.

The zooming is all done internally, so the lens doesn’t extend out further when you zoom in. The zoom and focus rings are large and grippy and rotate smoothly. There’s no aperture ring, so all of the aperture settings are handled in-camera.

It feels very solid in hand, with a metal barrel and sealed to make it dust- and splash-proof. 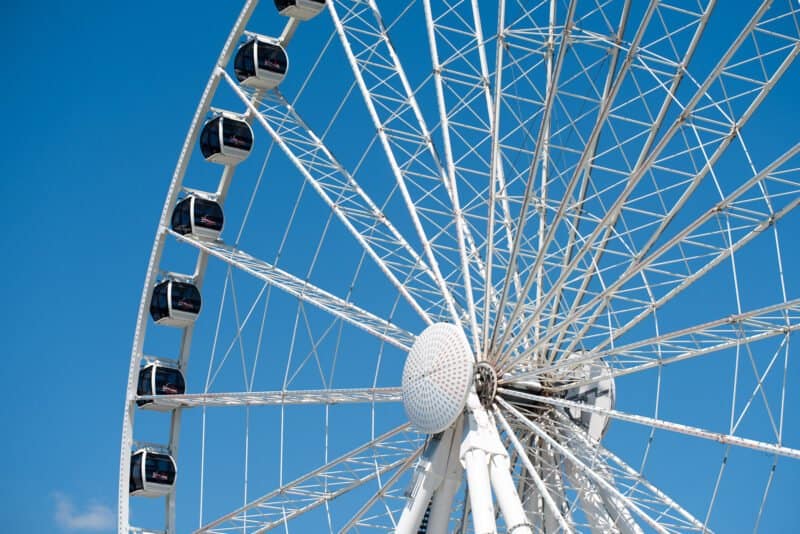 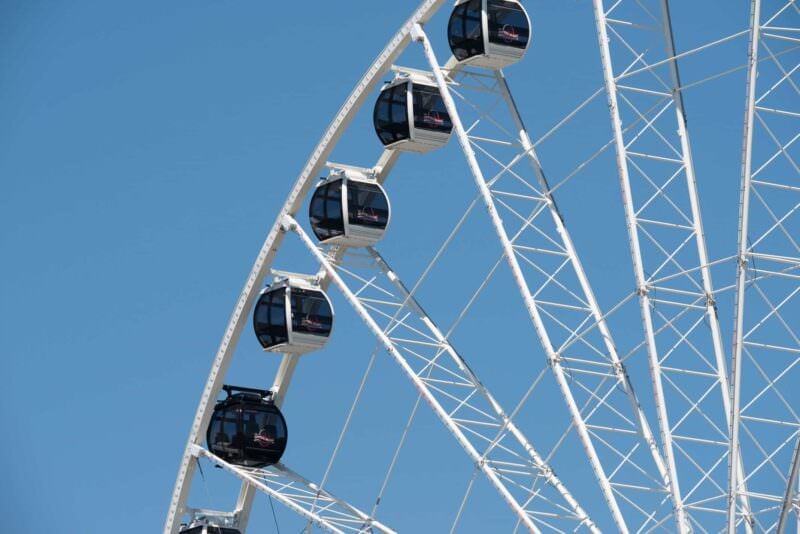 Its minimum focusing distance ranges from about 5 feet to about 8 feet, depending on which end of the zoom range you’re using.

This lens uses what Sigma calls its HSM autofocus, or Hyper Sonic Motor AF. The idea is that it’s smooth and quiet. And it is—nothing to complain about here. There can be a bit of a mechanic click when it hits the end of its range, and another slight one with the image optimization turned on, but otherwise, there should be no problem using it in even the most noise-sensitive wildlife situations. I also found the autofocus to be fast and quick, with minimal mechanical movement to slow things down.

In autofocus mode, you can use the focus ring for manual fine-tuning. You can also switch it to manual focus mode if you like.

As for image stabilization, there are two modes. The first, OS1, is for general usage. If you happen to be shooting panning shots, you can switch it to a dedicated mode for that style, OS2.

I found it to be sharpest at 120mm, which isn’t all that surprising. Wide open at f/2.8 at 300mm, there are two issues. One is that I found it to be a little soft. It’s not egregiously soft, but it’s not quite as crisp as it could be. It’s also not unusual–most lenses aren’t at their sharpest at their largest aperture. By around f/5.6, it’s much better.

The other issue is that at 300mm at f/2.8, the focus point is pretty unforgiving simply because of the shallow depth of field. That’s something that can be overcome with technique and care, but it is certainly a factor when shooting moving subjects like sport or wildlife because it greatly increases the risk of getting a slightly-out-of-focus shot. The autofocus does a good job of keeping up, but it’s not perfect, and the effectiveness of tracking varies by camera model.

This shot is at 120mm. Click on the image to see it at its original resolution.

And this shot is at 300mm at f/2.8. With the soldiers running, it’s similar to a sports shot. As you can see, even with the soldiers being close to each other, the narrow depth of field means that there’s only one that’s properly in focus. (Again, click on the image for the full-resolution version.)

And if I’m being quite picky, there’s something about the nature of the ghosting in the bokeh with some edges that I’m not a huge fan of. It doesn’t affect every edge, but some of them get a distractingly sharp ghost edge that’s noticeable when you’re viewing the images at full resolution (but less so at smaller resolutions). That, I freely admit, is being pedantic, but it is a $3500 lens, after all, so being a bit pedantic is, I think, entirely reasonable.

As with several other Sigma lenses I’ve tried, there’s quite a lot of vignetting at nearly all apertures. It doesn’t fully disappear until you get to the very smallest apertures. It’s quite strong at f/2.8, and it’s only once you get up to around f/20 that it’s gone for all intents and purposes.

Here’s a chart showing the vignetting at various apertures. All were shot at the same spot with a clear blue sky at 300mm.

The good news is that there is already an Adobe-generated profile in Lightroom for this lens. In fact, there are three: one each for the Nikon, Sigma, and Canon versions.

The not-so-good news is that it doesn’t work especially well with the vignetting–at least, not with the images produced by the copy of the lens I’ve been using. And dialing up the amount of vignetting correction becomes counterproductive because the dark ring it leaves looks even worse.

Here’s the before and after, without and with the Lightroom lens profile correction. This is the shot taken at f/2.8.

So if you want to use a Lightroom camera profile to correct the vignetting, you’ll probably end up having to make your own.

Here are few more samples shot with this lens on a Nikon D810 that give a sense of the depth of field, range, sharpness, and reach.

It comes with a dedicated lens hood (model number LH1220-01). It’s unusually sturdy, all metal, and unconscionably expensive to replace ($120).

Sports and wildlife photographers are used to the backbreaking weight of fast telephoto lenses. And this one is another big and heavy lens. But its lack of portability reduces its appeal as a general-use travel lens. There’s nothing discreet about it, and you’ll need a sizable camera bag to fit it even if you leave the lens hood at home. It’s certainly not a walking-around lens, and while it can be used handheld, it’s not especially comfortable to do so for long and is much easier to use on something like a monopod. So its crossover appeal beyond sports and wildlife is going to be a bit limited.

In practice, I also found the zoom range surprisingly specific and in many ways restricting. Going from 120 to 300 sounds like a lot on paper, but in practice, I didn’t find that it gave me all that much flexibility. It gives you angles of view, going from just over 20° zoomed out to just over 8° fully zoomed in. So you’re only getting about 12° difference from one end to the other. And I don’t find 120mm to be a particularly useful focal length in much of my shooting.

I’ve decided that the most useful way to think of this lens is as a 300mm with the flexibility of zooming out a bit to give you some padding at the frame edges if you need it. It doesn’t seem to me to make much sense to buy this lens if you’re looking for something to use anything under 200mm–there are better, cheaper, lighter lenses for that. It only makes sense if you’re going to use the 200-300mm end of the range nearly all the time and need the fast aperture around f/2.8. And when doing so, you’ll need to factor in the challenges of shooting. If you can get away with a smaller aperture, around f/4 or f/5.6, there are again better options, including putting a teleconverter on a 70-200mm.

And for both wildlife and sports photography, 300mm is on the lower end of things. In many cases, the larger but slower 150-600mm is going to give a lot more flexibility.

So this lens is probably going to appeal to a niche market, but for those users, it’s going to be a very good solution. It’s probably a slam dunk for things like high school sports or concert photography–things where size and weight aren’t much of an issue, and you know you can get in pretty close to the action and are probably shooting in low light. In those situations, the combination of a fast f/2.8 aperture and image stabilization, especially with the dust- and splash-proof build, makes for an attractive package. And while it’s not cheap, it’s also much less expensive than some other zoom telephotos such as the Nikon 200-400mm or Canon 200-400mm.

Sigma’s MSRP is $3599. At the time of writing it’s available at B&H Photo for a bit less than that. They’re also available on Amazon.

Images and product information from Amazon PA-API were last updated on 2022-09-24 at 12:00. Product prices and availability are accurate as of the date/time indicated and are subject to change. Any price and availability information displayed on Amazon Site at the time of purchase will apply to the purchase of this product.