The Sirui W-2204 carbon fiber tripod has a distinctive feature: it’s waterproof. A happy side-effect of that is that it’s also protected against sand and grit. 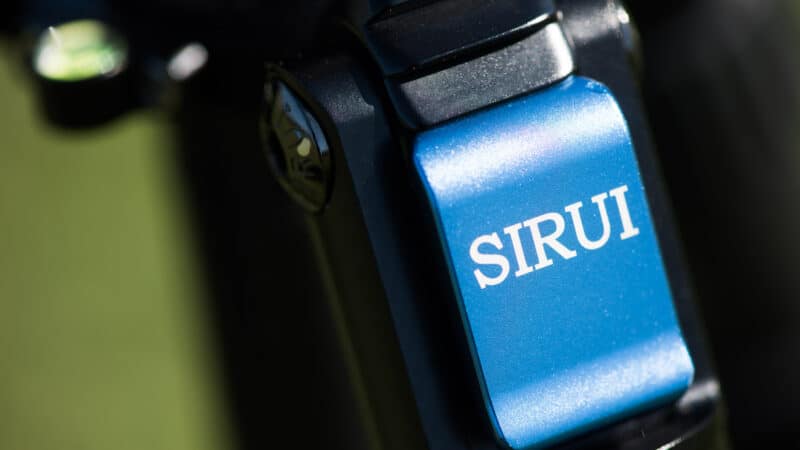 When things get wet when you’re out shooting, of all the things to keep dry, your tripod probably isn’t top of the list. The wet stuff tends to be more of a showstopper with the electronics we carry, not aluminum or carbon sticks. And a little bit of rain or the occasional splash usually isn’t much of a problem for tripods. But what if it’s wetter than that? What if you’re shooting in heavy rain, or in shallow water at the edge of a creek or lake, or under a waterfall, or on a boat with heavy spray?

That’s where a waterproof tripod might start to look like a good idea. I’ve had tripods drown before, and drying them out is a real pain. You have to take them to pieces, clean them, air them out, and even the tiniest amount of grit can mess with how smoothly the tripod works afterward. 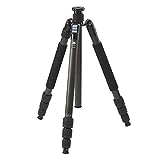 The problem occurs when water gets inside the leg tubes. The most obvious place that happens is when you’re shooting at the waterline of something like a river or the beach when water can enter from the bottom. It’s generally less of an issue in the rain because the legs aren’t as vulnerable to water seeping in from above, but it can most definitely become a problem if you are retracting and extending the legs in damp conditions.

There aren’t a lot of waterproof tripods on the market. There used to be the Gitzo Safari tripods that had a proprietary “Ocean lock” system. But they’re discontinued.

Now Sirui has come out with a few waterproof ones that are well-suited to travel photography off the beaten track.

A happy side-effect of a tripod being waterproof is that it’s also protected against sand and grit from getting inside the legs and locking up the mechanisms or jamming the extensions. And I suspect that that protection against sand and dirt is something that a much larger group of photographers would find useful.

Sirui first announced their W series of waterproof tripods in 2015. They’ve taken some of the materials and techniques used in the car industry and applied them to a tripod. It’s not a connection that was obvious to me, but it does make sense when you think about it.

There are four tripods in the range–two carbon fiber and two aluminum. The one I’ve been using is the larger carbon fiber one: the W-2204. It has a load capacity of nearly 40 pounds (18 kg), reaches nearly 6 feet (1.8 m), weighs under 4 pounds (1.7 kg), and packs away to under 21 inches (52 cm). You can also take off one of the legs, attach it to the center column, and create a monopod.

While the tripod itself is a little larger than many of the others that are typically considered travel tripods, the legs still fold back on themselves for packing. That minimizes the amount of space it takes up in your luggage.

Twist locks that are rubberized and unusually grippy, even with cold and wet hands.

I also like the type of locking mechanism it uses where it’s not just a matter of tightening the lock as far as it’ll go. Instead, there’s a point that’s not quite all the way around where the lock comes into play. You can feel a bit of resistance at that point. It’s a good safety mechanism so that even if you haven’t turned the grip as far as it’ll go, the legs aren’t going to slip. It’s not the only tripod I’ve used with that system, but it’s an approach I like.

The legs lock at their angles using a ratchet lock that is a combination of a manual lever and a spring-loaded lock. I’m a fan of spring-loaded locks for the peace of mind of knowing that it’s secure and not going to collapse if the mechanism isn’t pushed fully in. This is a good combination system that provides that security while also being quick and simply to release with one hand (or one thumb, as it were).

There’s a small bubble level at the top of the legs.

The central column is removable. That’s most useful if you want to splay the legs wide and shoot low to the ground.

On the underside of the central column is a hook where you can hang stabilizing weights or a tether.

The feet are removable, so you can switch them out with steel spikes if you prefer. And a set of steel spikes are included.

One tiny but nice touch is that the rubber feet have holes right through them, which would come in very handy if you’re trying to tie the tripod down. This is a waterproof tripod, after all, so there’s more than usual chance you might be using it in rougher weather conditions or maybe even somewhere like the deck of a boat.

It’s sold as legs only, which means you can use it with any standard head you like.

One of the legs detaches. Combine that with the central column and you’ve got a fully functioning monopod.

The W-2204 is the carbon fiber version. There’s also an aluminum version that shares many of the same specs but is a shade heavier, a little less stiff, and quite a lot cheaper.

While a little larger than many of the other travel tripods, the extra heft provides both more stability and extra weight-bearing strength.

But what makes this tripod distinctive is that it’s waterproof. I have not subjected it to a full drowning. I have used it in rainy and muddy conditions and found it to hand them just fine without any sign of water or grit getting in. I’ve been using it particularly with long-exposure shots using Formatt Hitech’s whopping 16-stop ND filter and found the legs to be stiff, solid, and holding things still.

I’ve been impressed with Sirui tripods and monopods before, and this is another one that falls into that category. I’ve found their gear to be well-built and thoughtfully designed, and the W-2204 is another where those labels fit. There’s a lot to like about it. It’s a bit larger than I’d usually travel with, but if you’re using larger cameras or finding that the smaller tripods just don’t keep things as still as you need, it’s an option worth considering.

Something worth noting is that while this is touted as a waterproof tripod, it’s not designed as an underwater tripod. It’s more designed for shooting in rain, riverbanks, or splashes. More along the lines of bad weather, for example.

It’s not designed for full submersion, and if you’re looking for a tripod to take diving, you’ll want something a bit different.

Check the current price and available at: