I’ve recently been trying out Spivo’s Travel Lens for the iPhone. Here’s my hands-on review, along with some example photos I’ve taken with it. 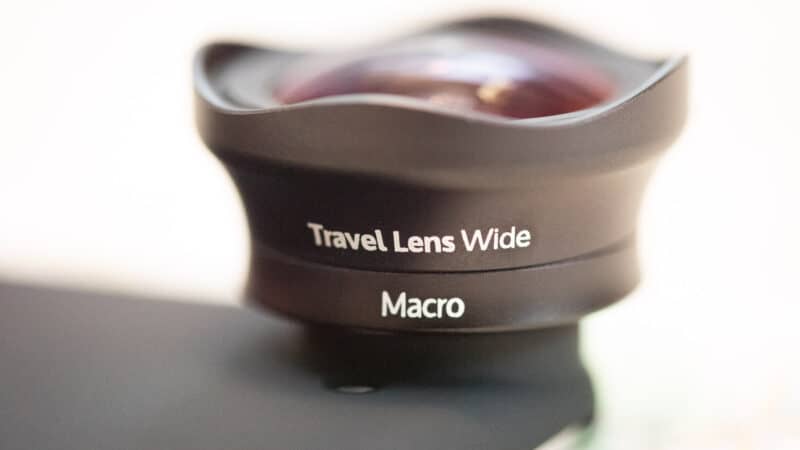 The cameras in today’s smartphones are getting to be very, very good. At least as good as many dedicated compact cameras. And they’re a lot more convenient for both carrying around and for sharing your photos.

But because of their physical size–and, specifically, because they’re so slim–they typically have a fixed one-size-fits-all prime lens. And it’s typically something close to a “normal” perspective focal length that works well for people photos and travel photos and just everyday shooting–the kinds of things most people are taking photos of with their phones–but it’s still necessarily a compromise. Which makes perfect sense. But what if you want to spice things up a bit with the extra drama of a wider angle perspective or get in extremely close for a macro? There aren’t many phones available that have a built-in optical zoom; most of them use a digital zoom, which is basically the same thing as cropping.

There’s a bunch of different snap-on lenses for phones that have sprung up to cater to this. I’ve reviewed some of them before, such as the lenses from OlloClip and ExoLens. Recently, the folks at Spivo got in touch to see whether I’d be interested in trying out their travel lens. The timing was good–I was just about to head to London for a few days–so I agreed. It arrived a few days later, just in time for my trip.

Because the camera’s lens is hardcoded into the camera’s body and there are no built-in attachment points for adding external accessories to the pens port, all of the modifying lenses of this type have to attach to the outside of the existing lens port in some way. Some come with a small mounting bracket. Some use a spring-loaded clip. Some use a modified phone case.

The Spivo Travel Lens can be attached either with a spring-loaded clamp or with a dedicated phone case that adds a screw-on thread around the lens port (the case is sold separately from the Travel Lens). There are advantages to using the clamp. It’s widely compatible with just about any smartphone, it can be attached and detached quickly and easily, and it works with either the front or the back camera. The biggest disadvantage I found is in aligning the snap-on lens in a way that it’s not blocking any of the frame.

For that reason, I ended up much preferring the phone case approach. It takes a moment or two extra to screw the travel lens on and off, but it’s far more reliable in that if it’s screwed on then you can be confident that it’s attached properly. The disadvantages are that it only works with Spivo’s own cases, which you have to buy separately, and it only works with the camera on the back of the phone. The one I’ve been using and that is pictured here is the model for the iPhone 7, and thankfully the folks from Spivo included one to try out.

The Travel Lens is actually two lenses, a wide-angle and a macro for close-up photos. The two lenses stack one on top of the other.

The wide-angle portion of the lens is physically the bulkiest. But as a 0.6x zoom, it does widen the field of view quite dramatically up to 120 degrees.

Here are some examples shot with it. First, here are a few before and after shots with and without the travel lens attached that give a sense of the extra wide-angle you get. 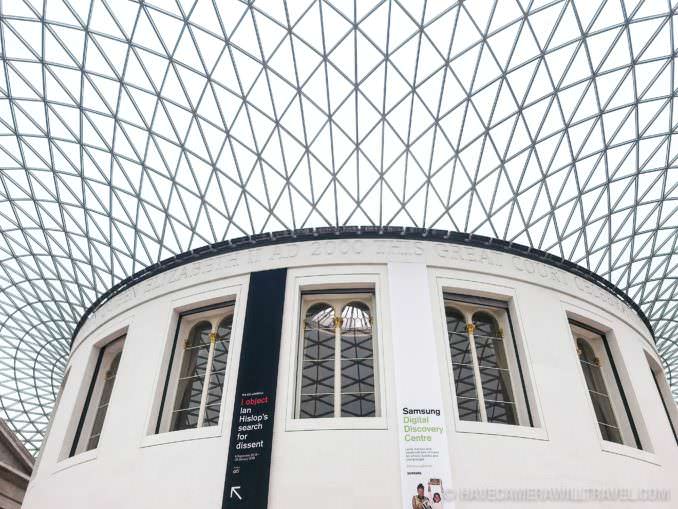 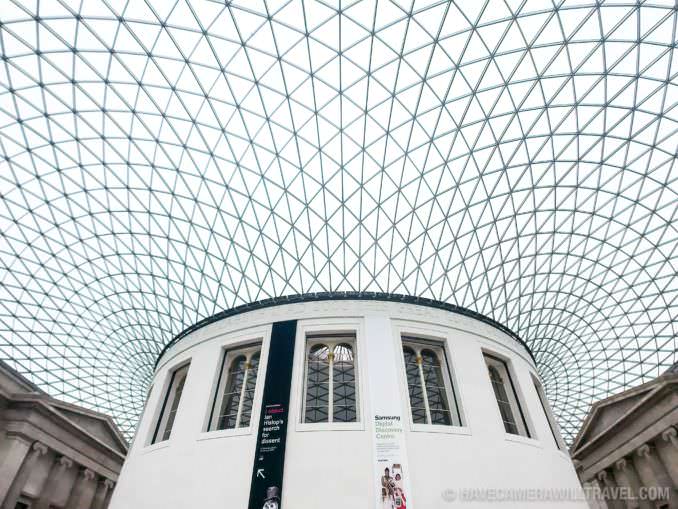 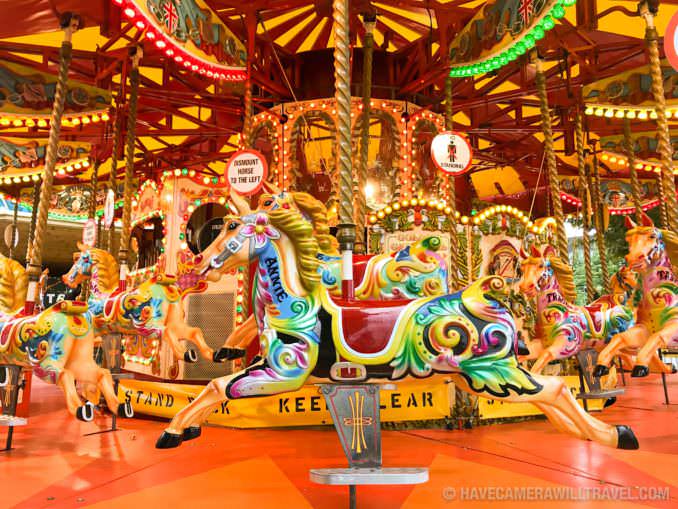 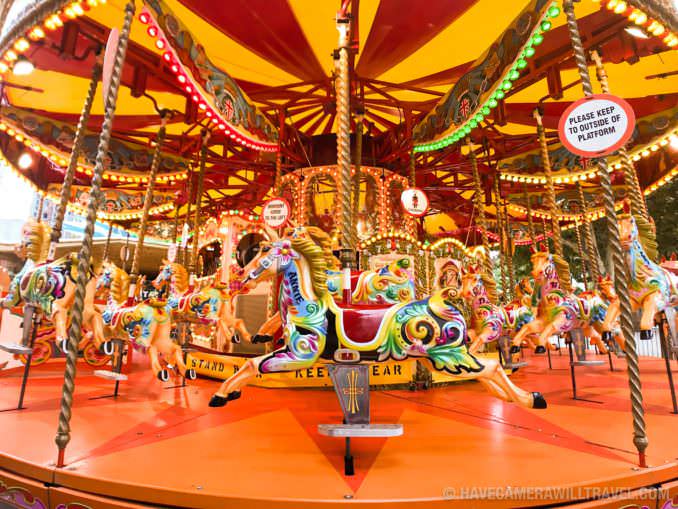 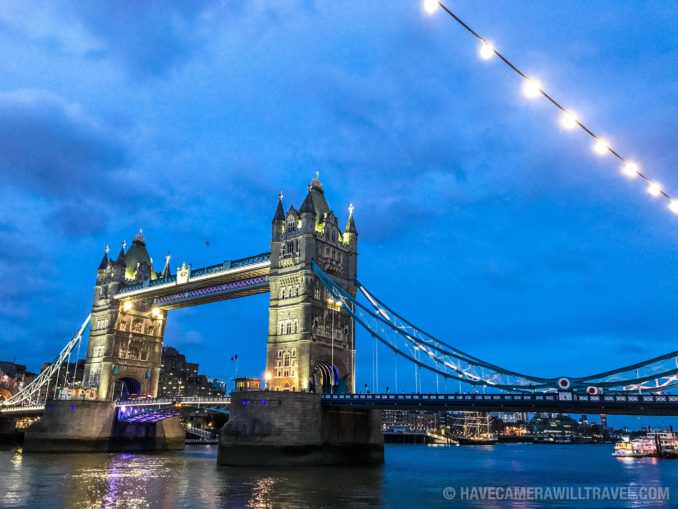 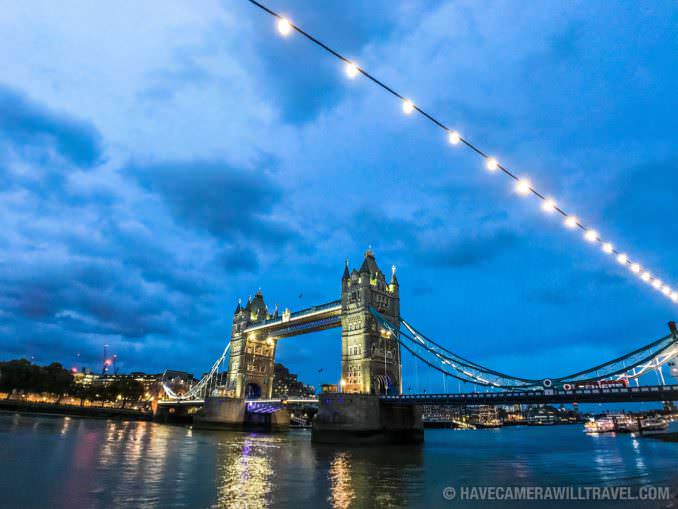 And here are some other shots I’ve taken with the Travel Lens attached. 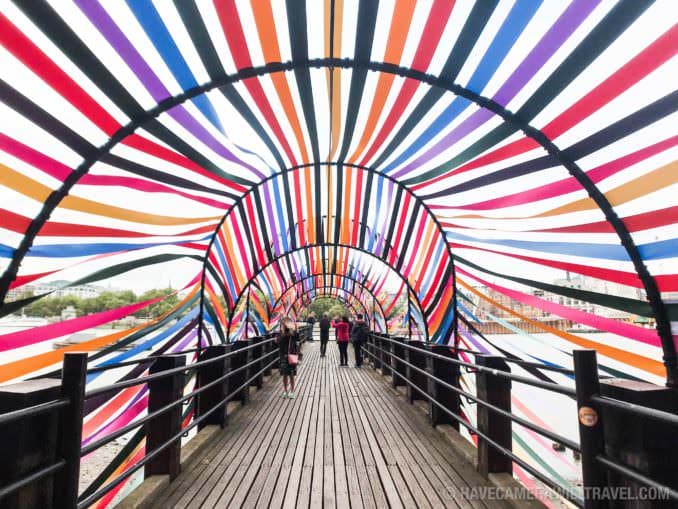 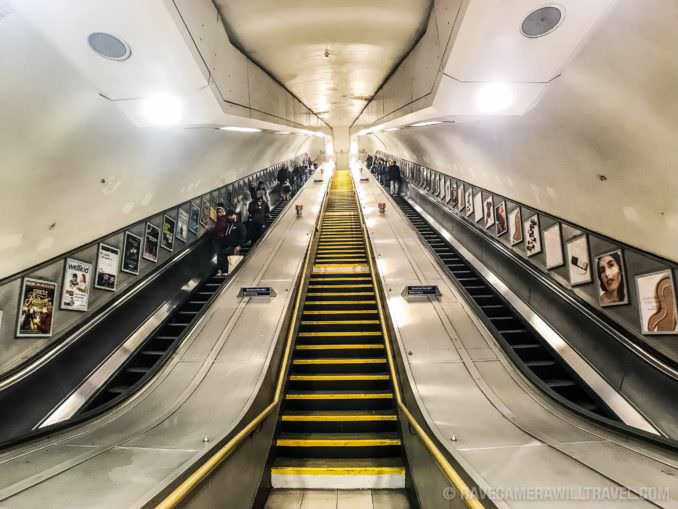 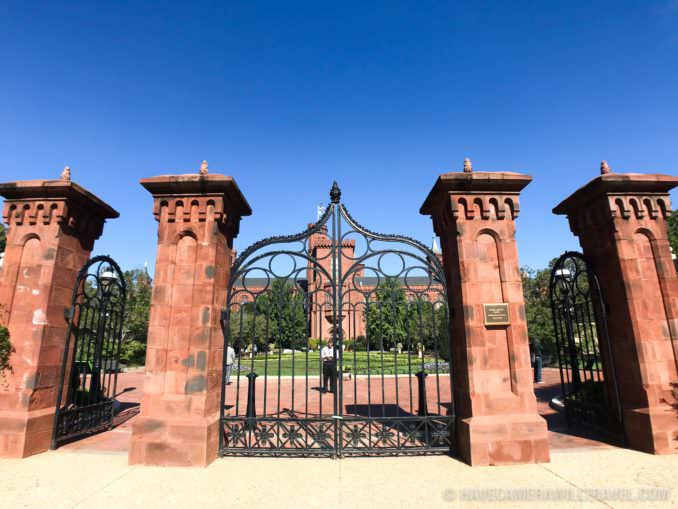 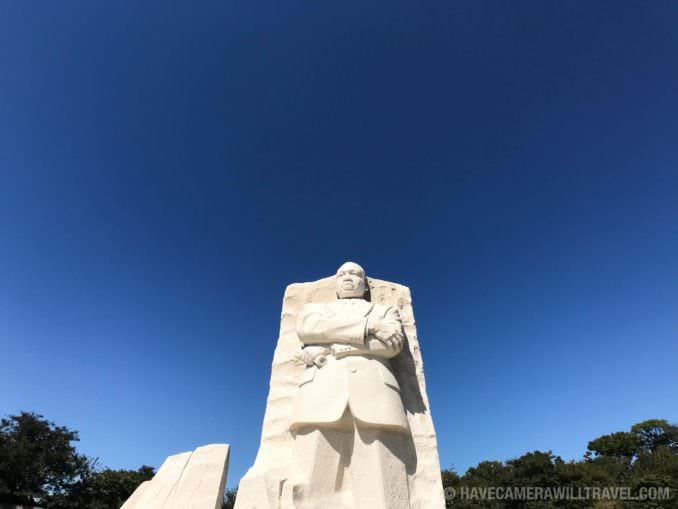 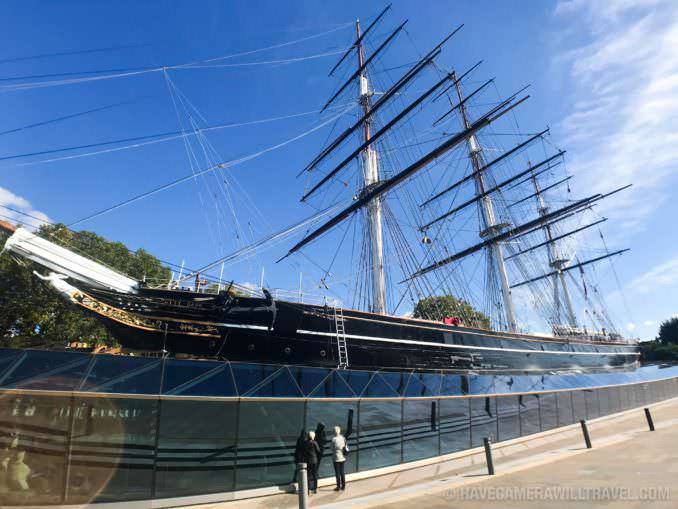 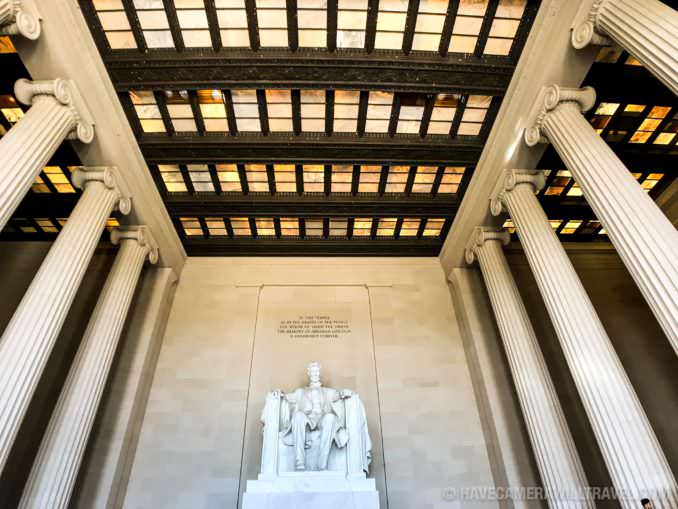 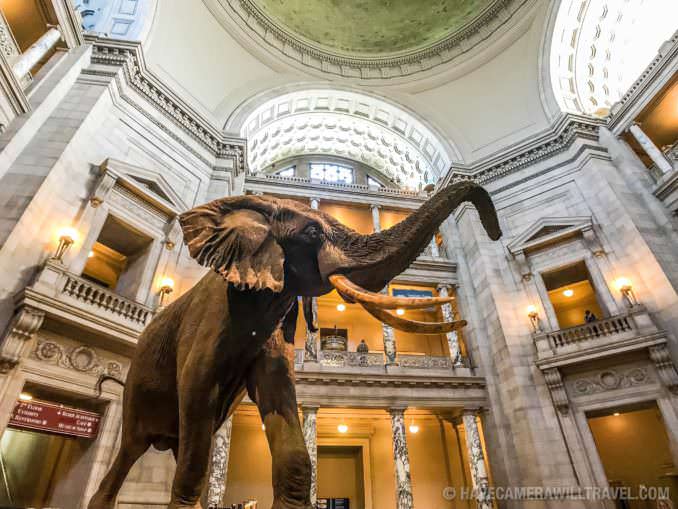 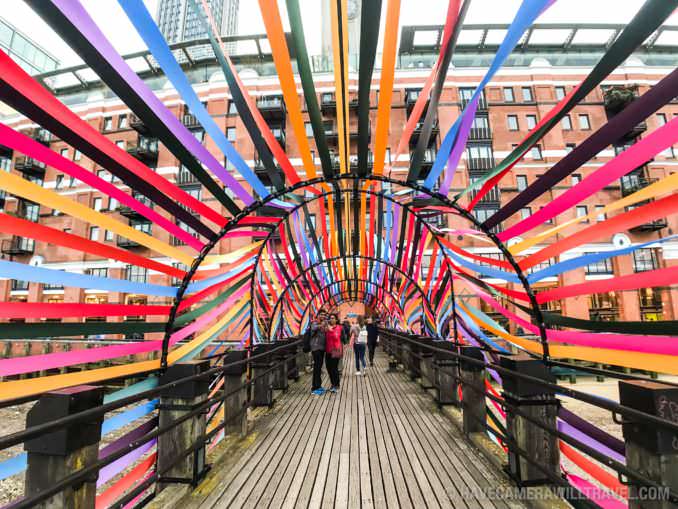 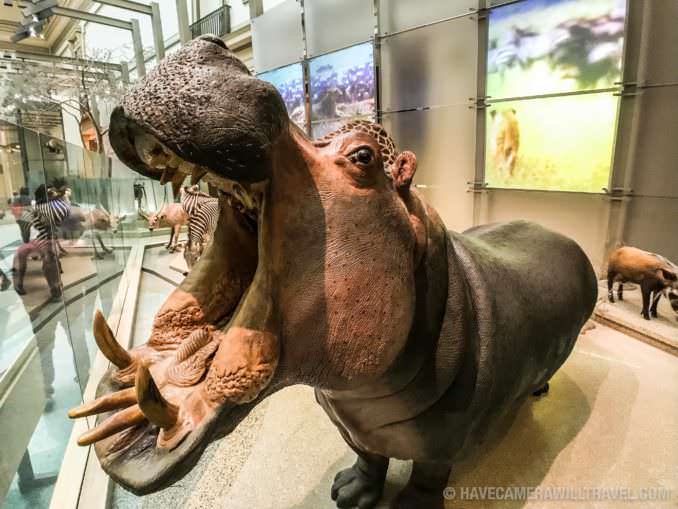 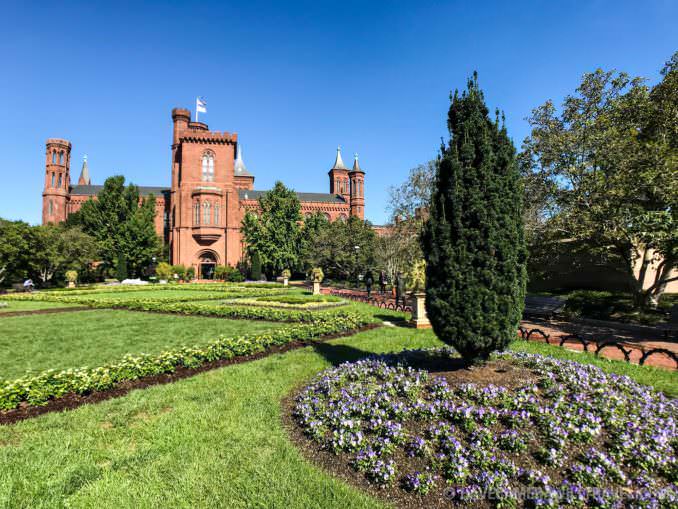 By separating the two parts of the lens, you’re left with the much slimmer 12x macro lens to magnify close-up shots.

There are two tricky parts to using it. These apply to using lenses on any camera, but because of the design of smartphones the difficulty is somewhat exaggerated. For one, you have to get in very, very close to have anything like focus. I haven’t measured the distance with calipers, but it’s around 1 cm or so. That restricts its usefulness to me compared with some other macro lenses for phones that give you a little more leeway. But creative macro shooters who want extreme magnification will be able to do some neat things with it.

For the other, lighting can be an issue. That’s because it focuses very close to the lens itself, and more often than not that means that the phone itself is blocking light on the subject. So making sure that the subject is lit from the side can involve some maneuvering.

Here are a couple of real-world examples shot with the macro lens that give you a sense of just how close you have to be.

Attaching the Lens to a Smartphone

There are two ways to use the lenses. The first, most widely compatible way, is to use the clip mount. That will go on any smartphone and many cases. The downside is that you’ll have to manually align the lens to minimize or eliminate lens vignetting (the black shadows on the edges where light is being blocked).

The most accurate and streamlined way is to use Spivo’s own case. That has a screw thread around the lens port, so you can screw the lenses on directly without using the clip. While it’s a little more tedious to be screwing the lenses on and off, it has the advantage of being aligned every time, so you don’t run the risk of lens vignetting ruining part of the shot. Spivo were kind enough to include one of their iPhone 7 cases, and after trying the clip with my existing case and then trying the screw-in method with the Spivo case, the latter became my preferred way to do it mainly because it gave a higher change of better-quality images.

The lenses stack, with the slim macro lens going on first and then the wide-angle lens screwing into that.

While the Travel Lens is claimed to be compatible with all smartphones, it’s not compatible with most cases. Spivo makes their own iPhone cases; they’re sold separately and cost $9.99. The one I was using was Spivo’s case for the iPhone 7. It’s a slim, minimalist case made of plastic that clips onto the back of the phone. It doesn’t provide a lot of protection, and it doesn’t provide protection for the front screen. But it’s also very similar to the case I usually use anyway, so I’ve just been using the Spivo case all the time instead.

If you like wide-angle or macro photography, the built-in lenses of smartphones can be frustratingly restrictive. To get around that, you’ll need to attach something additional to the front of the existing lens. That inevitably involves some cost in terms of optical quality. With some snap-on lenses, the cost can be high, and you can end up with horribly soft or distorted images. But after shooting with it for a while, I was pleasantly surprised at the results from the Spivo Travel Lens. It’s not perfect. There’s obviously some softness in the edges and corners of the frame. Light drop off isn’t too much of an issue because the phone’s automatically exposure just silently compensates anyway, but adding extra glass will be reducing the amount of light hitting the sensor, even if it’s only a tiny amount. But overall, I found the results to be very good and a step up in optical quality compared with some other snap-on lenses I’ve tried.

I’ve enjoyed having that extra wide perspective to play with. It’s a nice way to spice up Instagram photos, for instance. In fact, I’ve liked it enough that I’m now leaving the Spivo case on and using the Travel Lens as my go-to snap on lens for my iPhone. I find it more convenient than other options that require me to remove the case (like the OlloClip, which has been my go-to until now). But perhaps more importantly, I’m impressed with the optical quality if these lenses and like the images they produce.