How to Recover Deleted Photos with Stellar Photo Recovery

Accidentally deleted photos or formatted your card? Can’t access the photos on your memory card? There are a number of data recovery apps available. Here’s an option that works with Windows or Mac. 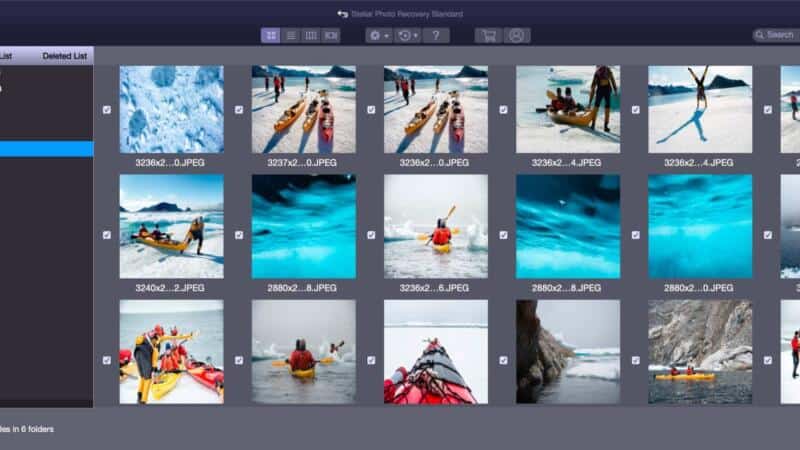 If you decide to buy a license to run the recovery operation, you can get 10% off with the coupon code HCWT10 at checkout. There are versions for Mac and Windows; you can find them here.

Whether you accidentally deleted photos on the card, formatted the card in the camera, they’ve just gone missing, or there’s some error with the memory card so that it has become corrupted, there’s a reasonable chance that something can be recovered.

That’s not always true, of course. The card can be so damaged that all the data has become corrupted. Or you might have kept shooting and writing over the old files. But it’s definitely worth trying.

There are free options, and there are paid options. Unfortunately, while the free options like PhotoRec can be very effective indeed, they also tend not to be very user-friendly. So if you want user-friendly, you’ll probably be looking at one of the paid options. Many of these have a trial feature that lets you do a scan to show you specifically what it’s possible to recover before you fork out for a full license to run the recovery process. And some higher-end memory cards also come with an included license for photo recovery software.

Here I’m focusing on one of the most popular and user-friendly options: Stellar Photo Recovery.

It’s possible that it looks familiar to you even if you haven’t used it before. That’s because it’s the app that Lexar includes with some of their higher-end cards. They just put the Lexar logo on it.

Stellar Data Recovery has a range of different products for recovering data and corrupted files. The two most relevant to recovering photos from a memory card are their flagship Data Recovery and their Photo Recovery apps. Both are available for both Windows and Mac.

I’m focusing here on the Photo Recovery app. They do much the same thing. The core difference is that it limits the types of files that can be recovered to media files, which in this case, refers to photo, audio, and video files. But that limitation also means that it’s cheaper than the broader version that allows recovery of a much broader range of filetypes.

There are three flavors of Photo Recovery app available for each of the Windows and Mac versions: Standard, Professional, and Premium. You can find a detailed comparison table and pricing information here, but the gist is that all of them recover photo and video files. The Standard version is the most basic and the one I’m using here. It will recover deleted photos, videos, and sound files. The Professional version will do that as well as repair corrupted photos. And the Premium version will do all of that as well as repair corrupted video files.

Once you start a new recovery operation, it’ll scan for the various types of storage media you have connected, including memory cards, USB sticks, and hard drives. In this example, I’m using an SD card that has been formatted in-camera. When I try to look at the photos on the camera or on my computer, the cards are showing up as blank. So they’ve been deleted in the camera.

A nice feature is that before you start you can choose to make an exact backup of the problem media using the Create Image function.

When you first fire up Stella Photo Recovery, you get a choice of media formats you’re trying to recover. If in doubt, you can just leave all of them active. But in the interest of streamlining the process and decluttering the results, I’m going to narrow it down to just photos in this example. You do have fine-tuned control over the specific file extensions to look for–just RAW files, for example, or just JPGs–but for now, I’ll just do a basic search of everything. (See the Advanced Settings section below regarding narrowing the search to specific file formats.)

You then select the drive you want to scan. In this case, I’m choosing an SD card.

It’ll run a series of scans, with clear progress indicators for each.

And tell you once it’s done.

Once you dismiss that little popup, you’ll get a list of nested folders in the left panel. You can drill down by the file extensions and then by individual files. You can also do thumbnail and coverflow versions, which are very useful for choosing visually rather than from generic filenames; I’m using the basic file list here, which is also the quickest because it doesn’t have to render the thumbnails.

You can get this far with the trial version. That is, you can check whether the app can even find the files you’re after for free. But to actually recover the files, you’ll need to buy a license. With that, you can recover individual files, a few files, or all of them. Choosing one or just a few is going to be the quickest, and something I find useful when I’m looking for something specific that’s missing.

One important thing to note is that if the files you’re looking for didn’t show up in the regular quick scan, it still might find them in the Deep Scan. You’ll get that option once the Quick Scan completes. As the name suggests, it takes a much more thorough look, but it also takes significantly longer.

Before you run a scan, you have the option of narrowing the search to specific file extensions or by a specific section of the media. All you do is hit the Advanced Settings button at the bottom right of the source selection panel.

Here’s the filetype selections, which is useful if you’re trying to narrow it down to something specific, say just RAW files:

And if you need to, you can fine-tune the filetypes even further with custom file types and filters, but most users won’t need to bother with those settings most of the time.

The Photo Recovery app limits its focus to media files. If you need a broader selection of non-media files, you’ll want the Data Recovery app for Windows or Mac.

At the time of writing, this is the selection of image types that the Photo Recovery app is compatible with:

One common video type that I noticed that isn’t on the list is FLV. I’m not sure why it’s not there–it might be because it’s not a format that’s typically used for capture.

It’s also compatible with quite a few audio file types, but I’m focusing here on the main types that photographers and videographers would likely be looking to recover.

Your mileage might vary on what you can recover. It depends on the specific media and the circumstances of what went wrong. If you accidentally deleted photos or formatted the card, it’s often pretty straightforward. If there are physical errors on the card or it’s damaged or corrupted in a more serious way, then that probably poses a bigger problem. But even if you can’t recover everything, you might be able to recover some data from the card, so it’s well worth trying.

There are a lot of file recovery options available, several of which focus on media files. Stellar Photo Recovery is one of the more established ones, and it’s the one that Lexar has rebranded for its own uses.

I’ve found it to work well. That said, like other file recovery apps, there’s no guarantee it’s going to be able to recovery your images. I’ve had some instances where nothing could be found. But in general use, I’ve found them to be able to recover files more often than not. And while Stellar Photo Recovery is not the cheapest option available–there is free software that can get you to a similar end result in a less user-friendly way–its user interface is intuitive and functional. And the ability to narrow your search by either file extension or region on the disk is a handy feature that can save you time sifting through the results.

Before diving in and buying a license, I’d recommend first running a scan with the free trial version to see exactly what can be recovered. Then, once you’ve determined that you can recover the data you’re looking for, buying a license will unlock the functionality to actually recover the files.

If you decide to buy a license to run the recovery operation, you can get 10% off with the coupon code HCWT10 at checkout. There are versions for Mac and Windows.

How to Recover Deleted Photos with Stellar Photo Recovery