The VAVA 12-in-1 Dual 4K Docking Station adds a lot of extra flexibility to your laptop, especially with dual HDMI outputs and an integrated SD and microSD card reader. 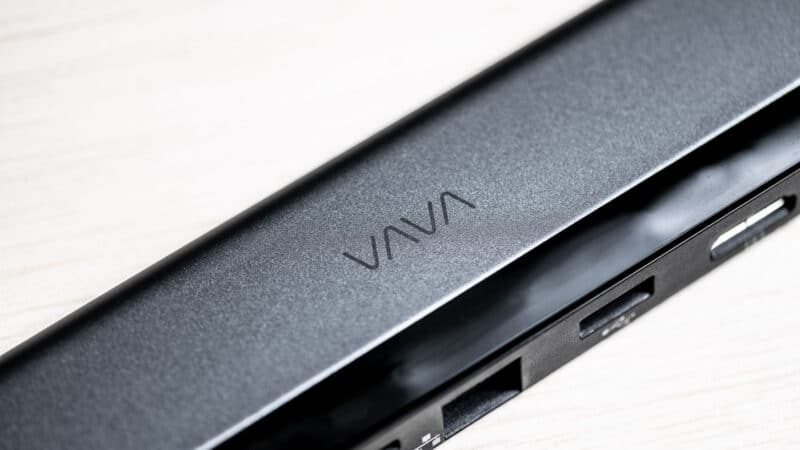 As laptops have gotten smaller and slimmer, there’s less space to fit as many USB, ethernet, and HDMI ports as used to be pretty standard. The combination of wifi and the cloud is nice, but it’s not always a good fit for what you need to do. I learned long ago not to trust wireless screen sharing when I’m projecting something for a client or presentation–to only use a wired HDMI connection. Wired ethernet connections are nearly always much faster than the crappy wifi that many hotels offer. And when you’re downloading many gigabytes of videos and photos from a camera memory card, the only practical way to do that is with a faster USB card reader. But what are you going to do if your laptop only has a single USB-C port that’s used for data and power?

That’s where hubs like the VAVA 12-in-1 Dual 4K Docking Station come in handy. It’s a digital Swiss Army Knife for your laptop, with several different kinds of ports and connectors. Arranged in a strip, it’s a streamlined extension for your laptop that adds a lot of extra functionality. It’s perfect for anyone on the road with a laptop, whether that’s for pitch meetings at client offices or as a photographer shooting in the field. It packs a bunch of functionality into a sleek package.

I’ve got some other hubs with similar port configurations, including double HDMI output ports. But they’re bulky. And in a touch I appreciate particularly as a photographer, the VAVA docking station has built-in SD and microSD memory card slots, which means I do not have to carry a separate card reader as well.

The folks at RAVPower (a sister brand) sent me one to try out. I’ve been using it with an iPad Pro and a MacBook.

There are quite a few hubs on the market that offer more USB ports. Or memory card readers. Or HDMI ports. The beauty of this device is that it combines so many into a single, slim accessory. That simplifies things enormously, especially when on the road and there’s a real risk of losing separate pieces. 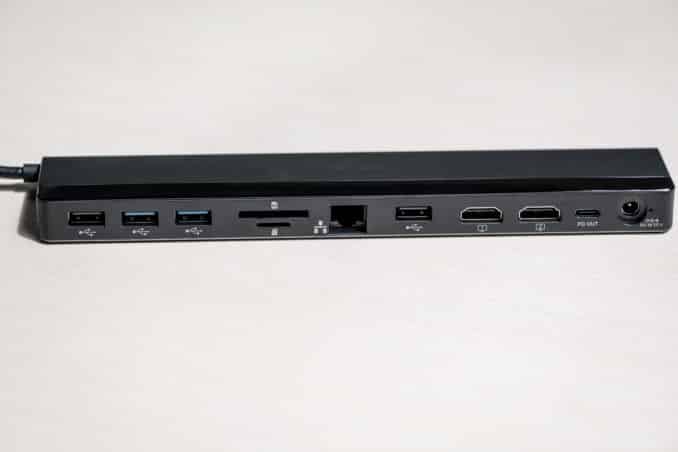 The two sets of ports that most interest me on this device are the twin HDMI ports and the microSD card readers. That’s not to say that I don’t find the USB 3.0 and ethernet ports useful–I do, and have been using them quite a bit. But those last two are pretty standard. 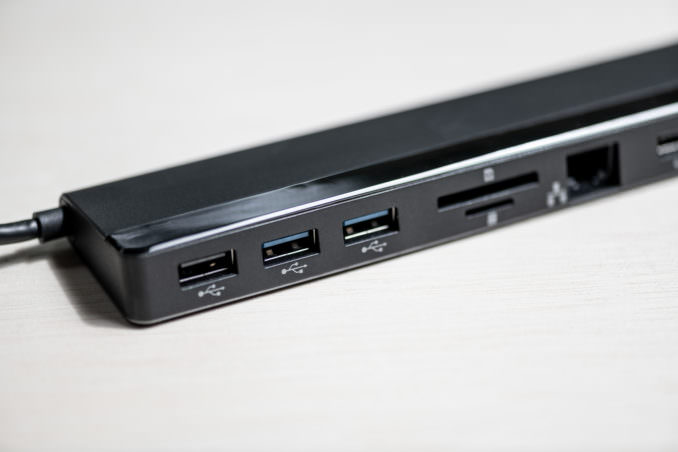 Finding dual HDMI outputs is much rarer. They do exist: I’ve got a HyperDrive GEN2 USB-C Hub sitting on my desk right now that includes them, for example. And you can find others, like this one. Or you can use an HDMI splitter. But the ability to send a screen to two displays at once isn’t always easy to do. There are some limitations depending on your operating system and computer. I believe, but haven’t personally confirmed, that on at least some Macs, you can only have the two external HDMIs running at the same time in mirror mode and that that will disable the MacBook’s own display (again, I haven’t personally confirmed that)). And only newer MacBooks and MacBook Pro’s will support 4K60 when running dual HDMI outputs; others will fall back to a maximum of 4K30.

The other feature I’ve personally found very useful is having the SD and microSD card slots built in. I’m used to taking a separate memory card reader or backup device, but having it all in a single device increases the convenience. 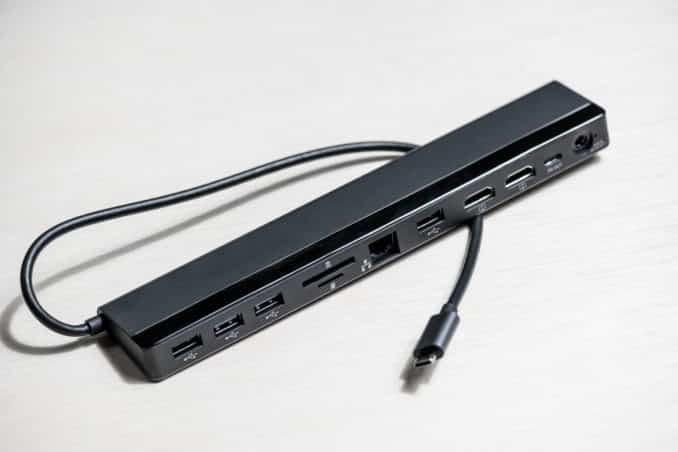 There has been a firmware upgrade issued for this device. You can find it here.

The PD output port is for power pass-through only–not data–and only works when you plug the included adapter into AC power. It’s quite a large adapter–larger than the device itself–and certainly impacts the portability of the system. So while it’s doesn’t hurt that it’s there, it’s also something I don’t find very useful because the power adapter is much larger than the PD power hubs I usually have on hand anyway. But it’s also worth mentioning that by plugging in the AC power adapter to the docking station, you turn it into a laptop charger as well (for laptops that support USB-C charging, that is).

There’s a hardwired USB-C cable running from the dock that you use to connect to your computer or device. It doesn’t come with any other cables.

Where to Find It

You can find these at Amazon. The model number is VA-DK004.