You come across a lot of dodgy wifi networks when you’re traveling. VyprVPN gives you a way to keep your web use encrypted and safe while you’re on the road. 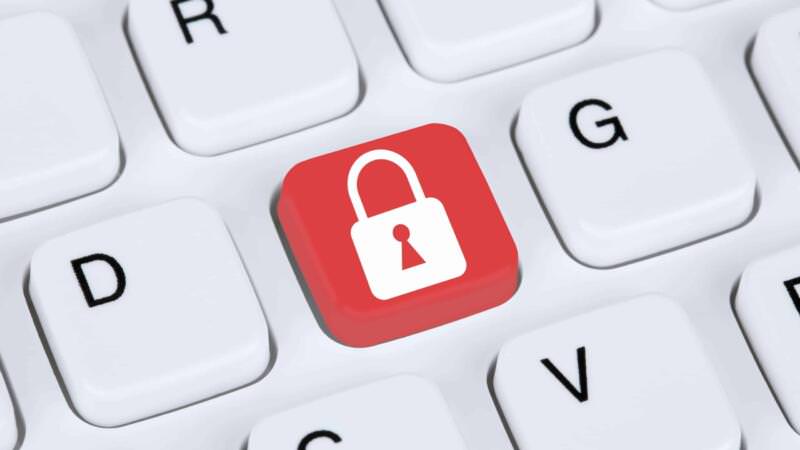 The wifi networks you can come across when traveling can be slow and flakey, and they can also be dodgy. Basically, you’re trusting all sorts of private information across a wifi network. And even the most routine web use when you’re traveling can expose too much. It’s not just a matter of not looking up your bank balance. Checking your email involves sending a password, and if someone gains access to your email they can basically get access to everything. Just about every password recovery system involves sending it to your email account.

Of course, it’s not like the major services haven’t thought of that and added security. Gmail, Facebook, and Dropbox, to name just a few, use SSL encryption over HTTPS protocols to encrypt the communication. Some services and sites also add measures like two-factor authentication. But there still a lot of sites and services that don’t use encryption. And in some countries the government is secretly snooping on what you’re doing online or limiting what websites you have access to.

I’m not trying to be dramatic—just to make the point that you can’t trust a lot of the wifi networks you come across when you travel. It leaves your web use too vulnerable to prying eyes.

So aside from simply not using the web, what’s the alternative? VyprVPN is what I’ve been using when traveling. It was highly recommended to me a while back, and after finally taking it for a spin I signed on.

It’s a combination of software and a web service that encrypts web use from my phone and computer and channels it through a secure connection. And while there’s no such thing as perfect security, it does make my web use a lot more secure.

It’s basically a third-party commercial VPN service. VPN stands for virtual private network, and they work by establishing a secure link from your computer back to a trusted server. Large corporations and institutions like universities routinely use them to protect their employees on the go. By establishing a kind of protected data tunnel, it creates a secure line.

It also offers anonymity and geo-spoofing. Some countries, like China, Thailand, or Myanmar, for example, the government blocks access to certain websites and services from within the country. But a VPN can make your computer appear to be in an entirely different country. So you can be in downtown Bangkok but surfing the web as though you’re in New York, and bypass all those restrictions. And yes, it also works for services that are tied to particular countries, like Netflix or BBC video, for instance.

NB: I’m writing this from the perspective of an end-user. I am not an expert in the finer points of encryption technology. But I do know that no encryption system is perfect. So use any encryption or security system with care.

It’s available for Mac, Windows, IOS, and Android, as well as a number of other platforms.

There are two parts to getting up and running. One is to install an app on your computer or phone (or other mobile device). That manages the connection on your end, allowing you to connect and disconnect as well as choose which servers to connect with.

The second part is getting access to VyprVPN’s servers. That requires a subscription that makes available VyprVPN’s own global network of servers. There’s a good chance that there are servers close to where you are, which increases the likelihood of a faster connection.

Once you’ve installed the app and activated your account, it’s very simple to connect and doesn’t require any scripting or manual configuration. On the desktop version there’s a simple panel that controls your connection. 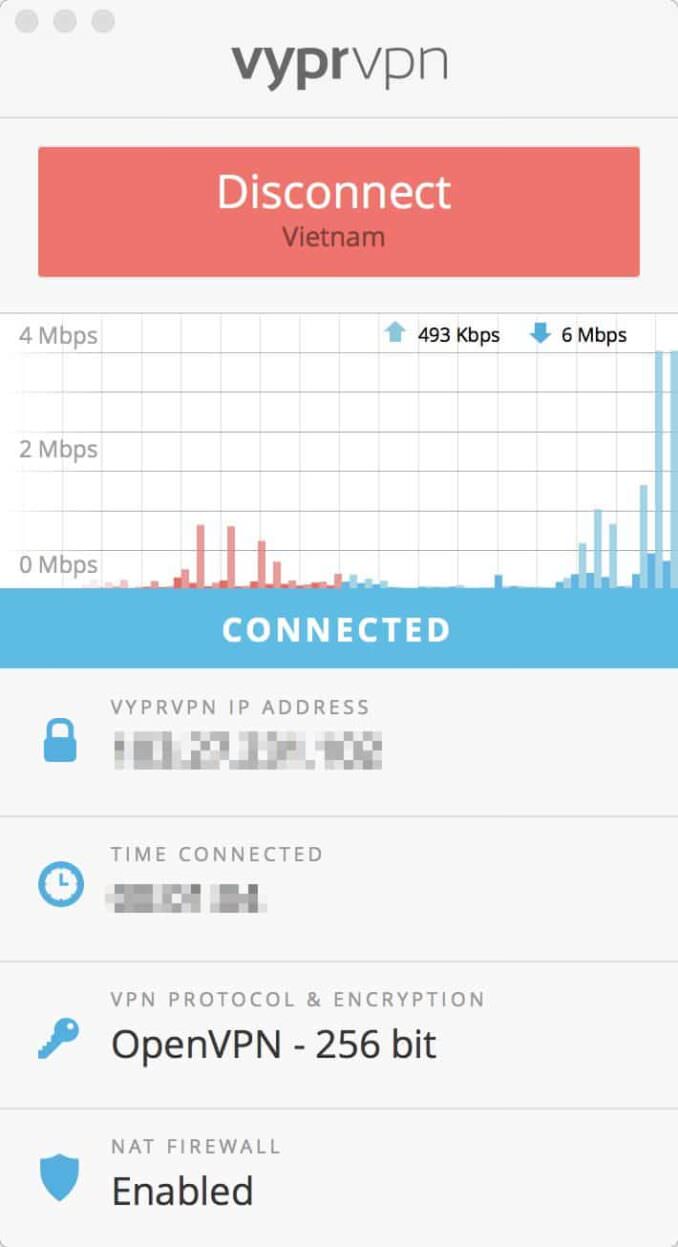 It’s a simple and effective screen that shows you the crucial information without overwhelming you with options. But you can of course drill down into the preferences if you want more control over your connection (see below).

There are a number of safety precautions baked in that you can take advantage of. One I particularly like is to have it automatically connect through VypreVPN if you connect to an untrusted wifi network. That means you don’t have to remember to do it manually and comes in very handy when you’re moving around while traveling.

Here are the main option screens at the time of writing. They seem to add new features fairly regularly, so it’s worth checking with their website if you need a particular feature. 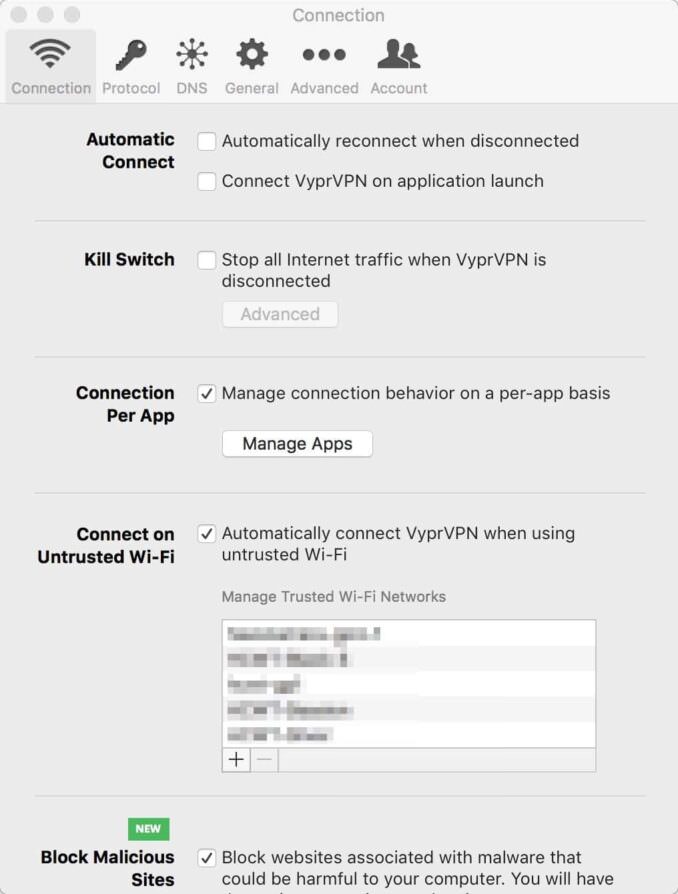 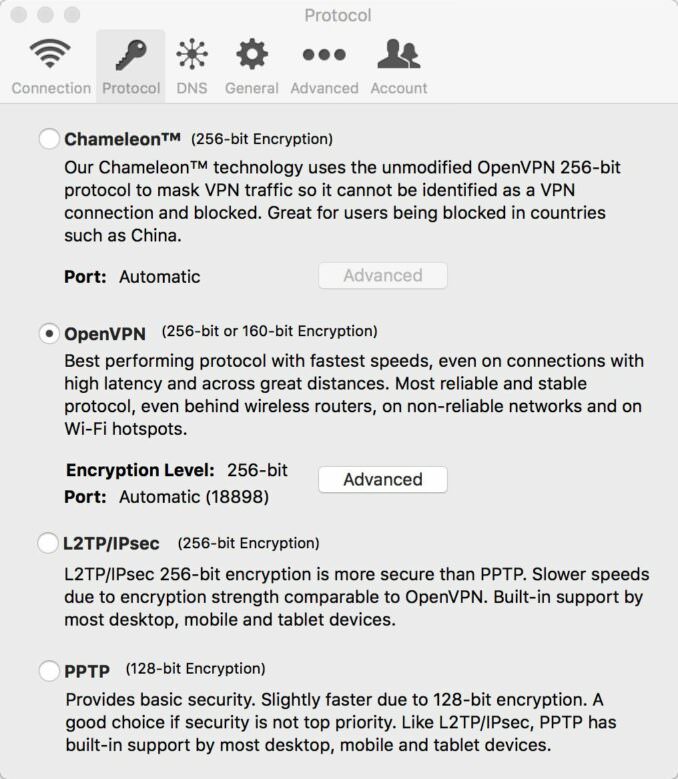 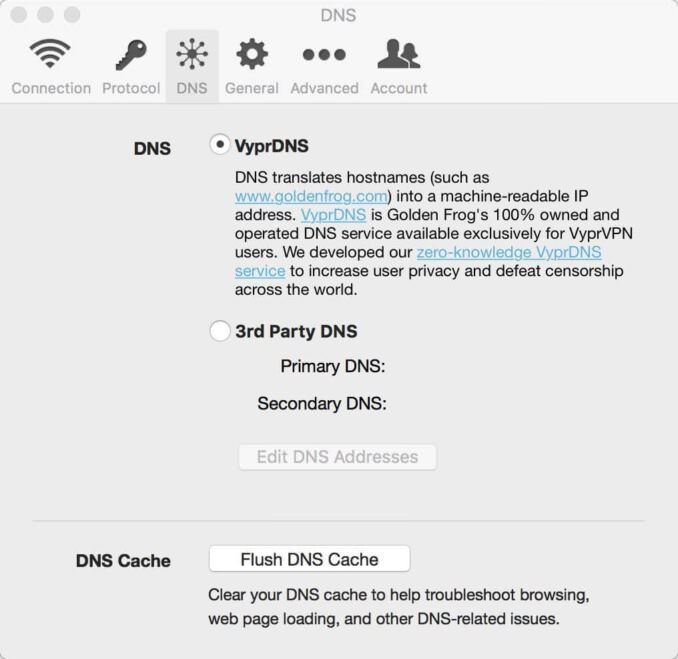 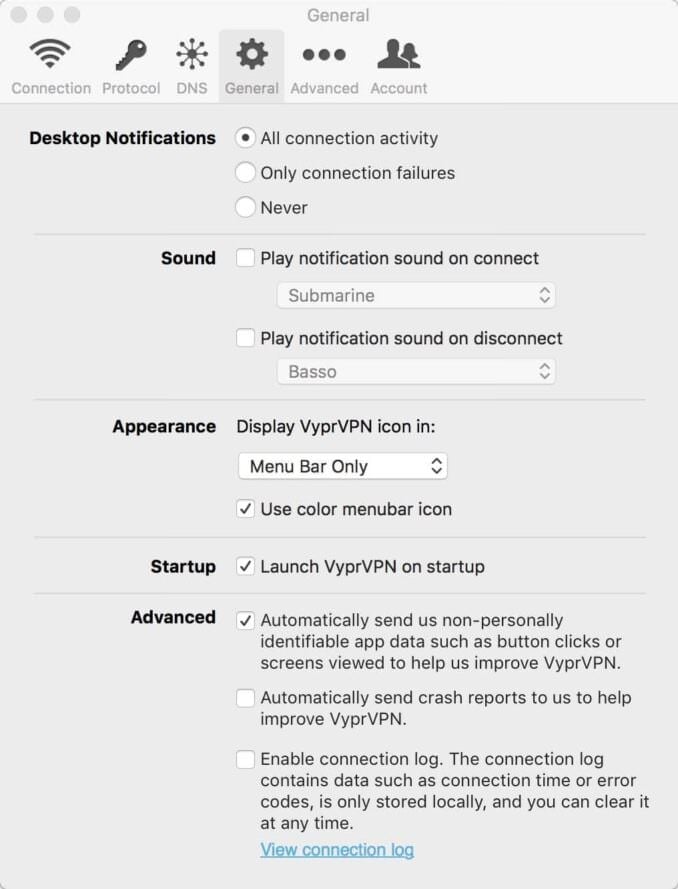 Using the VyprVPN servers requires a subscription. The lowest level starts at $9.99/month, but the next plan up, for $14.99/month offers a slew of additional features like a firewall and more options.

There’s also a significant discount if you prepay for a year rather than go month-to-month, and if you’re looking at the Pro plan, that’s definitely the way to go. 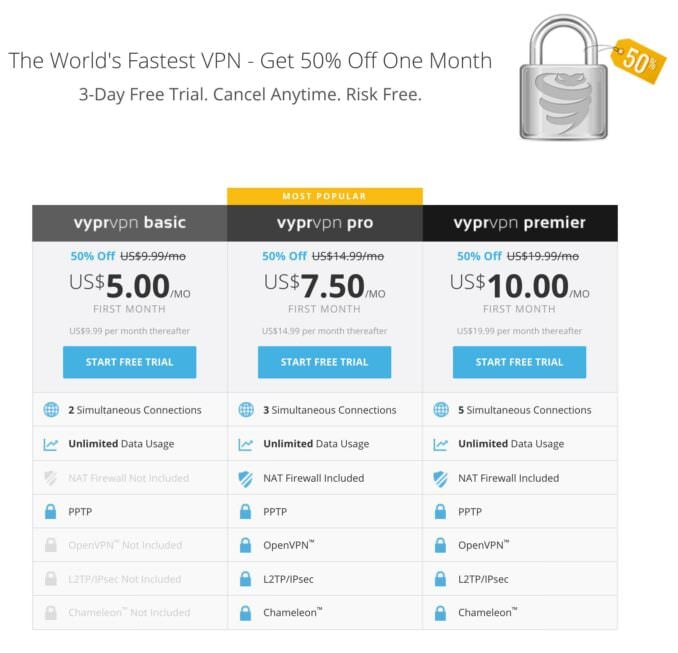 VyprVPN markets itself as the “The World’s Fastest VPN.” I can’t independently verify that claim because I haven’t tried all the others, but I have found it to be faster than other VPNs I’ve used in the past.

By default, VyprVPN tries to find the fastest VPN server for your to use. But there’s almost always going to be a bit of a speed hit. Sometimes it’s hardly noticeable if at all. But in other situations you might notice that your internet is running a slowly, especially if you’ve chosen to route it through a server that’s a long way geographically from you. If you’re in Europe and route it through a VyprVPN server in Vietnam, you’re going to end up with a slow connection. Overall, though, I’ve found the performance hit to be acceptable but sometimes I’ve needed to try a couple of different servers to get the best results. Sure, it’s slower than I get on my home computer, but a lot of that often comes down to flakey hotel or public wifi services. I’ve stayed in my share of hotels where the wifi seems slow even by dial-up standards.

So all in all I haven’t found anything to complain about with speed hits from the VPN itself. Why some hotels can’t seem to get their wifi faster than dial-up, though, is another matter . . .

The basic VyprVPN service is designed to run on their servers around the world. But you can also run your own server to connect to if you like, thus bypassing VyprVPNs own servers. In most cases, this is really only of interest to business dealing with sensitive trade secrets or some other strong need for confidentiality. It’s not something I generally need in my day-to-day use, but I set up one to see how well the process worked.

The one I found easiest and most cost-effective is Digital Ocean. I was up and running in about 10 minutes, with the Digital Ocean VPS costing an extra $10/month. In reality, I simply don’t need the extra control and paranoid-level security measures of running my own VPN server, so I’ve gone back to using VyprVPN’s own network, but there are certainly situations where it would be a great option.

I’ve been using VyprVPN for about 6 months now on my travels and have found it to work well. I’m using on my iPhone and my laptop (Mac). I’ve found it easy to set up on both, and that it maintains a stable connection. Most importantly, it gives me much more peace of mind that my web use isn’t being snooped on. There are free VPN services available, but I haven’t tried them–if I’m going to the effort to encrypt my web use, I’d rather use a service and company I trust.

The developers at Golden Frog have done a really nice job of making it elegantly simple to use and yet powerful enough to be flexible. So it has become one of my go-to tools that I now use whenever I travel overseas or even locally if I’m connecting to something like a coffee shop’s wifi network.

If you want to give them a try, they offer a 3-day free trial. And here’s a link for 50% off for the first month that applies to all the month-to-month plans and another for 40% off annual plans.