Athens is Paradise for Graffiti Artists

The Greek economy might be in the toilet, but at least one group is clearly thriving in Athens: graffiti artists. 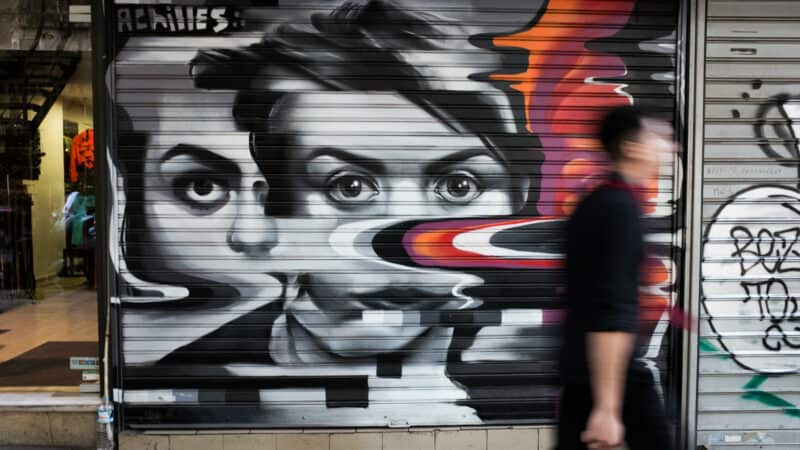 The city is in the middle of a graffiti epidemic. It’s a combination of high youth unemployment and underemployment, a general sense of unrest, and authorities being stretched too thin to do much about it. Frankly, the police have bigger problems. The result is an artistic free-for-all on the city’s streets.

Whether you want to call them vandals or street artists, they’ve been busy. Not all of it is new, of course, but there’s an awful lot of fresh paint adorning the walls downtown in the past five years or so. Shops, homes, bus stops, and pretty much any other wall—except, notably, places that have high security like banks and government buildings (mostly)—are covered in paint. Relatively few walls are spared.

There’s the usual scratchy hit-and-run tagging, but there’s also quite a lot that has taken real thought and effort to pull off. Some of it is youthful rebellion, some of it is political expression, and some of it is art in its purest form. And, of course, it’s constantly morphing, with new paint going over old.

And some of it is quite beautiful. Here’s a small sampling. Credit and kudos to the artists, whoever you are.

There’s a very interesting short documentary on graffiti in Athens that shows some of the painters in action. It’s called Alive in the Concrete, and you can watch it online here.