The Battlefield of Waterloo

WATERLOO, Belgium — Nearly 33,000 men died on these fields. And it was here, on 18 June 1815, that Napoleon’s march toward nearby Brussels was halted and he lost his empire for a second time. 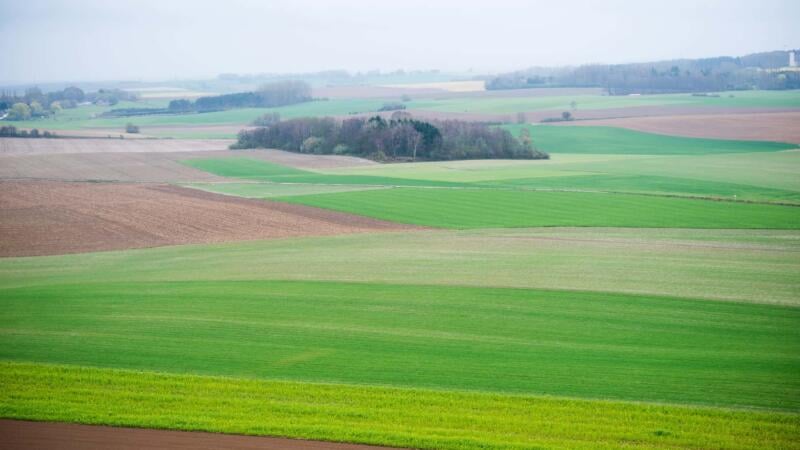 Victor Hugo described it as the morne plaine (bleak wilderness). Nearly 33,000 men died on these fields. And it was here, on 18 June 1815, that Napoleon’s march toward nearby Brussels was halted and he lost his empire for a second time. Had he decided to launch his first attack earlier than he did–the very civilized hour of 11am–things might have turned out quite differently. The Duke of Wellington ultimately won the day, but it was a near thing.

The most distinctive thing you see when you visit the battlefield of Waterloo today wasn’t there during the battle. There’s a large mound of earth with the bronze statue of a lion on top. Appropriately enough, it’s known as the Lion’s Mound (or Butte du Lion). It provides a sweeping view of the battlefield, but it didn’t spring up until 1820, when the King of the Netherlands ordered it be built to commemorate as a monument to the spot where his son, the Prince of Orange, was wounded on the battlefield, taking a musket ball to the shoulder that knocked him off his horse. The Prince lived on; 25 years later he succeeded his father as King of the Netherlands and became known as William II of the Netherlands.

The Lion’s Mound provides a wonderful vista out over the farm fields where the main battle was fought. In the distance, off to the right, there’s the Hougoumont Farm. It changed hands multiple times during the day, and its capture cost many both sides dearly. Just beyond the gently rolling hills, down the road to the left, is Pebble Farm (Ferme du Caillou) where Napoleon spent the night and morning before the battle and laid out his battle plan for his commanders.

Now the battlefield lies mostly still. The pathways, ditches, and rolling countryside that played such important roles in the outcome are still there. It is now mostly farmland once again. Parts of it lie fallow, covered in yellow wildflowers in the spring. That stillness is interrupted once each year on the anniversary of the battle, when re-enactments provide a taste of what it must have been like to be standing on this field on that chaotic and bloody day that changed the course of history.

If you’re interested in reading more about the battle–especially if you’re planning to visit–I recommend Alessandro Barbero’s excellent The Battle: A New History of Waterloo.

Photos of the Waterloo Battlefield


What to Know Before You Go

The battlefield itself is a field. If you’re an aficionado of the battle you can see the original undulations that played such a role in the battle for hiding troops or providing obstacles.

There’s a complex of attractions at the base of the Butte du Lion (Lion’s Mound) that require entry tickets but are well worth it to better appreciate what you’re looking at. The view from the top of the Lion’s Mound has a great view of the battlefield. The Waterloo Panorama (in the round building) provides old-world tourist charm. There’s a restaurant, gift shop, and some new attractions that were still being built when I was last there.

The Battlefield of Waterloo