Parque Central is a hustling, bustling center of town. As in so many Spanish colonial towns, the park forms the heart of a grid that radiates out through the city’s streets. 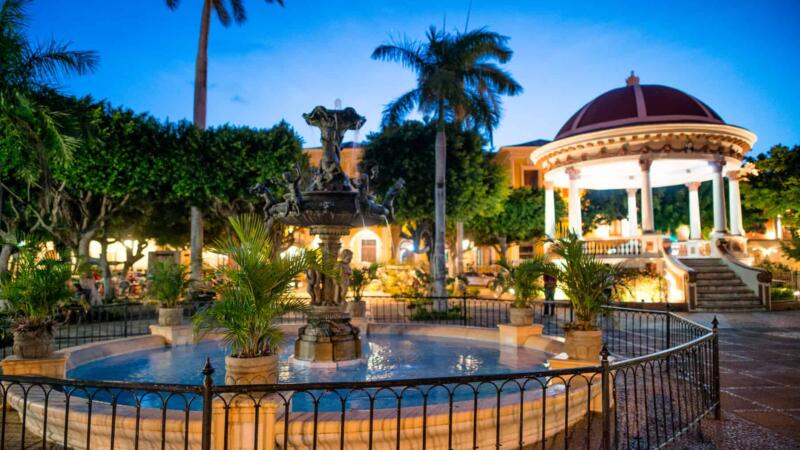 It’s a hustling, bustling center of town. As in so many Spanish colonial towns, Parque Central (or Central Park, if you prefer) forms the heart of a grid that radiates out through the streets.

With the distinctive three peaks of Catedral de Granada towering above, the park itself is both a showpiece and a living, breathing public space. There are fountains and statues dedicated to mothers and to beloved Nicaraguan poet Ruben Dario. And while it gets sleepy in the heat of the middle of the day, despite the shade offered by the covering of ficus, mango, poinciana, and palm trees, by sunset it becomes a lively hive of activity. The park’s many benches offer a wonderful spot to sit and watch the world go by.

On the western side of the park, brightly painted horse-drawn carriages line up, waiting for tourists to come along for a ride around the town. On the northern side is a row of tourist market stalls selling things you really don’t need but that can make cute gifts. The eastern side feeds into Plaza de la Independencia (Independence Square), the bustling pedestrian street Calle La Calzada lined with bars and restaurants, and Granada Cathedral. On the southern side is the relatively low-key city hall. On each of the four corners is a kiosk where the house specialty is the Nicaraguan dish of vigaron.