The Iglesia Santo Domingo in Casco Viejo is mostly crumbling ruins but is best known for its Flat Arch spanning the interior that stood without supports for centuries. 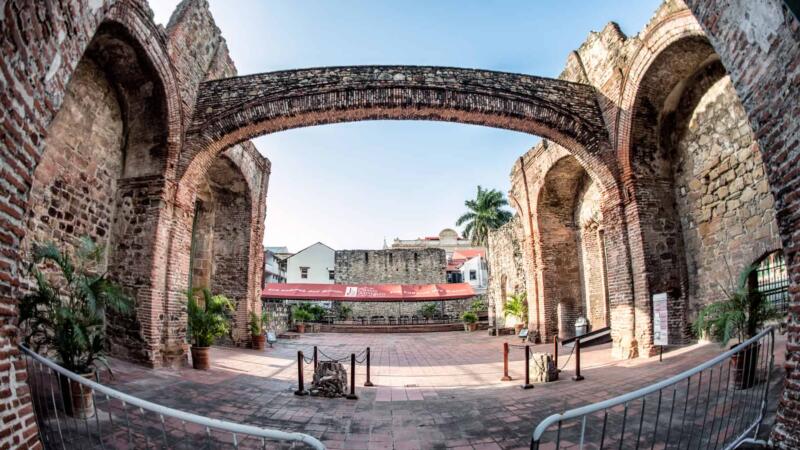 The Iglesia Santo Domingo (or Church and Convent of Santo Domingo) isn’t much to look at anymore. It has long been a shell of brick ruins. There’s no roof, and while there are still walls, they’re mostly crumbling. It was built in 1678 but destroyed by fire in 1756. It has been in ruins ever since.

But the most famous aspect is the Arco Chato, or Flat Arch, that spans from one side to the other, at about 35 feet high and spanning 49 feet. There aren’t any supports, and the fact that it remained standing was one of the things that local advocates pointed to when talking up Panama City’s seismic stability when the choice for where to build a canal linking the Pacific and Atlantic oceans was down to a choice between Panama and Nicaragua.

The Flat Arch did eventually fall–in November 2003–and has since been resurrected.