GRANADA, Nicaragua — With its colorfully painted buildings, cobblestone streets, and Spanish colonial architecture, Granada is a picturesque town that wears its history on its streets. 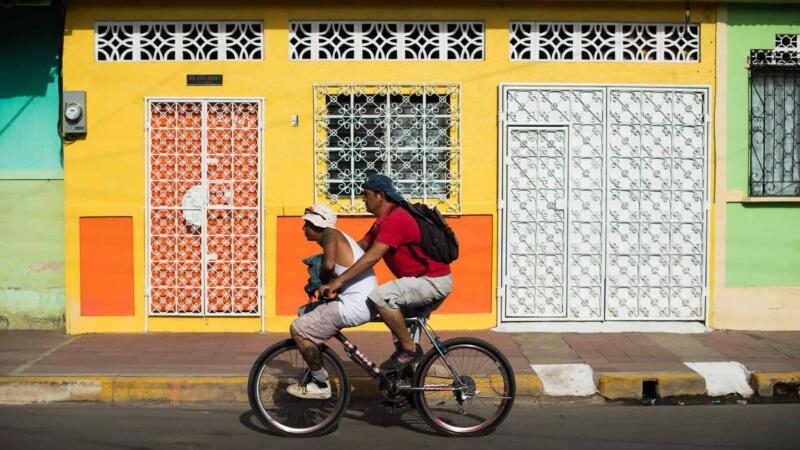 With its colorfully painted buildings, cobblestone streets, and Spanish colonial architecture, Granada is a picturesque town that wears its history on its streets. The colorful architecture is carefully preserved. It’s reputed to be the oldest city in the Americas. It’s a charming place to decompress and take it easy for a while. The pace is leisurely, the locals friendly, and the food and drink good. In terms of Central American travel, it doesn’t get much easier.

Sharing similarities with Antigua, Guatemala, and Valladolid, Mexico, and a host of other Spanish colonial towns throughout Central America, the historic heart of the town is the Parque Central, with streets radiating from there in a grid.

Church steeples, bell towers, and clock towers are the only really tall structures in town, standing far above the otherwise low-level buildings. Many of the city’s beautiful historic buildings have been damaged or destroyed and rebuilt over the years.

It was a target because of its wealth and strategic position. Founded by Francisco Fernandez de Cordoba (after whom the currency is named) in 1524 on the banks of Lago Nicaragua, it lays claim to being the oldest city in the Americas. It was later discovered that the Rio San Juan, linking Lago Nicaragua with the Caribbean Sea, was navigable by boat, which enhanced the city’s importance as a strategic trade hub. In the 1660s, pirates used that route to launch raids on the city.

The city rebuilt but suffered again in a civil war in the 1850s when it was torched by the self-declared president of Nicaragua, American William Walker. That prompted yet another round of rebuilding, creating the basis of the charming city we see today.