Up Close and Personal with the Great Barrier Reef

LADY ELLIOT ISLAND, Australia — Ever fancied a pre-breakfast swim with turtles and manta rays? If you’ve ever had a hankering to get up close and personal with Australia’s extraordinary Great Barrier Reef, there aren’t many better ways than a trip to Lady Elliot Island Resort. 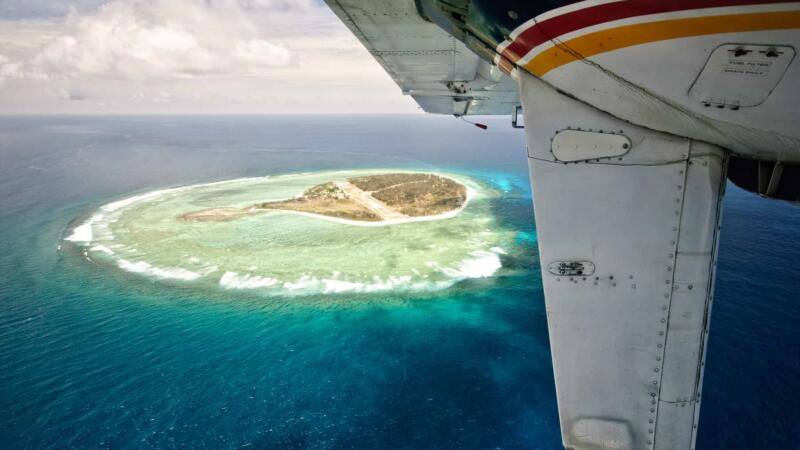 Ever fancied a pre-breakfast swim with turtles and manta rays? If you’ve ever had a hankering to get up close and personal with Australia’s extraordinary Great Barrier Reef and are willing to forgo some of the mod cons of fancy resorts, there aren’t many better ways than a trip to Lady Elliot Island Resort. Short of chartering your own boat with a local expert captain, I can’t think of too many better ways to spend some quality time on the reef. I’ve been a couple of times now–several years apart–and while it’s not going to be everyone’s cup of tea, I know I’ll be back.

One of Australia’s 8222 islands, as far as coral cay’s go, Lady Elliot Island is pretty big–many are only a few feet or yards across. But it’s still really just a speck in the ocean about 90 miles east of Gladstone on Queensland’s coast, and about 50 miles north of Bundaberg. It’s the southernmost island on the long chain of the Great Barrier Reef and the only one with an airstrip. But it’s also been a speck with a notoriously fatal attraction to ships, earning the island the nickname of “Shipwreck Island.” Over the last century and a half, a surprising number of vessels have come to grief on the island’s reefs despite the presence of a lighthouse, and it’s not unknown for tourists staying on the island to lend a hand rescuing shipwrecked seafarers. In 1980 alone, two sailing yachts wrecked on the island and timbers salvaged from the wrecks now form parts of the resort’s bar–the Thisby and the famous maxi racing yacht Apollo, which only two years previously had won the Sydney-to-Hobart yacht race.1

The tone of the resort is strong on eco-sensibilities, and minimizing environmental impact is taken very seriously. The area is for all intents and purposes a pristine marine habitat; the island is within a Marine National Park Zone on the southern end of the Great Barrier Reef Marine Park. The number of guests on the island is strictly controlled, which is just as well since the island is small–a leisurely stroll around the entire perimeter of the island takes an hour give or take. Put another way, at 42 hectares it’s just under six times the size of the Melbourne Cricket Ground. The limit on the number of visitors makes sure that it never feels the least bit crowded. It also means an exceptionally high wildlife-to-human ratio.

Much of the island is surrounded by a shallow lagoon. At low tide, it’s a bit too shallow to swim comfortable, but once the tide comes in, it creates a wonderful, safe place to explore the reef shallows protected from the surf and ocean swells. And while green turtles cross the lagoon during the night to lay their eggs in the beach, it’s not deep enough to entice other big marine critters that might make skittish snorkelers nervous.

On the island’s northeast corner, the lagoon gives way to deeper water, creating an area that has some of the Great Barrier Reef’s best scuba diving and snorkeling with an incredible variety of marine life. And since fishing isn’t allowed, fish and marine life of all sizes are really able to flourish.

Within common sense limits, you can pretty much explore anywhere. I love being able to wake up in the morning, grab my mask and fins, walk 50 feet across a sandy beach, and head out for an early morning snorkel. There are also regular glass-bottomed boat trips that will save you some of the effort in swimming out into the deeper water, but for all intents and purposes, you can snorkel where you want when you want. If you’ve got a big enough supply of sunscreen, there’s nothing stopping you from snorkeling from dawn to dusk.

There are also regular scuba dives, including ‘adventure’ introductory dives that you don’t need a dive card to do, that take you out to some of the coral bommies quite close inshore in about 30-40 feet of water. And if you do have a dive card and want to really get a unique and spectacular perspective on the reef, I recommend doing one of the night dives–it is probably the most memorable dive I’ve ever done, like something out of a science fiction movie.

Lady Elliot is a place where the locals run the show. And in this case, that means the local wildlife. It’s very much a living nature preserve both in the water and above it. If a few tens of thousands of seabirds decide that they’re going to overrun the island for a while to nest, well, no-one’s going to stop them and you’d sure better get used to all the fun sounds and smells they bring with them. 30-40 species of birds nest on the island each year, and from the late nineteenth century Lady Elliot’s main claim to fame was as a rich source of phosphate–a few thousand years as a nesting destination had accumulated more than a little guano to mine for fertilizer. And that should tell you something of what’s involved in sharing the island with its feathered locals.

Green turtles coming up to the beach to lay their eggs during the night have right of way on the sand (come in March-April if you want to see the hatchlings fight their way down the beach to the water). And in the water, manta rays, turtles, fish, corals, and yes, the occasional reef shark, create a marine spectacle. And if you’re really lucky, you might happen upon some of the dozens of manta rays that frequent the waters around the island, sometimes up to 100 at a time. And if you’re very lucky indeed, you might even catch a glimpse of the ghost of Susannah McKee, wife of the lighthouse keeper, who committed suicide in 1907 and whose ghost island lore has still roaming the island. 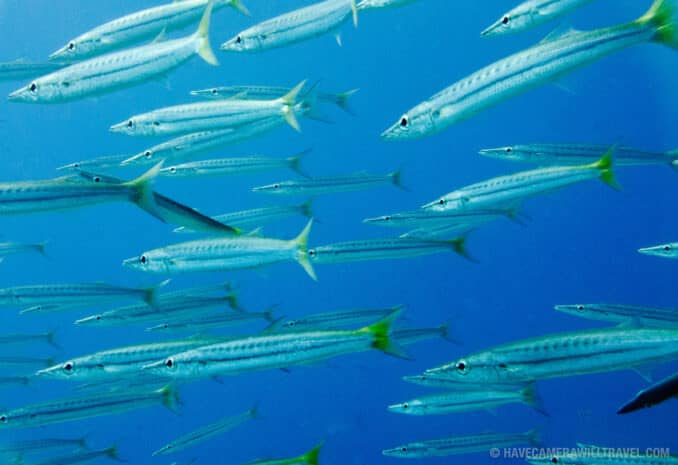 What to Know Before You Go to Lady Elliot Island

There’s only one way on and off the island: by small plane. You know you’re in for an adventure when you first see the plane that’s going to take you there. The one consolation is that you haven’t yet seen where it’s going to land on the island! After a few minutes of flying over beautiful blue water, the island comes into view and you get a good sense of just how remote it is, surrounded by nothing but water as far as you can see. The coral gravel landing strip goes across the middle of the island, with water on both ends. Thankfully, the pilots are all specialists on landing on and taking off from Lady Elliot. Flights leave from several points along Queensland’s southeast coast.

Lady Elliot Island is not for everyone, and visitors will enjoy it far more if they go with realistic expectations. This is not a luxury resort where your every whim is catered to. They take the “eco” part of “eco-resort” seriously. That means no air conditioners–if it’s hot outside, it’s hot inside (time for a swim!). And this being just south of the Tropic of Capricorn, the difference between summer and winter is between hot and not-quite-so-hot. It also means very basic but functional accommodations. It means a basic dinner menu. There are no televisions in the rooms and you won’t get a cell phone signal. And if you don’t like sun and water or you’re looking to relax with a cocktail by the pool, you’re probably better off looking at other options like Port Douglas, the Whitsundays, or Heron Island. (For more logistical info on Lady Elliot Resort, check out their website.)

But if you want pristine coral reef, few fellow guests to trip over, and some of the most extraordinary array of marine life that the Great Barrier Reef has to offer, it’s an absolute pearler. You simply can’t get closer to one of the most stunning wonders of the natural world.

Up Close and Personal with the Great Barrier Reef