The Tombs of the Sultans at Hagia Sophia

The Tombs of the Sultans at Hagia Sophia show that the Ottomans were as serious about their art and decoration in death as they were in life. 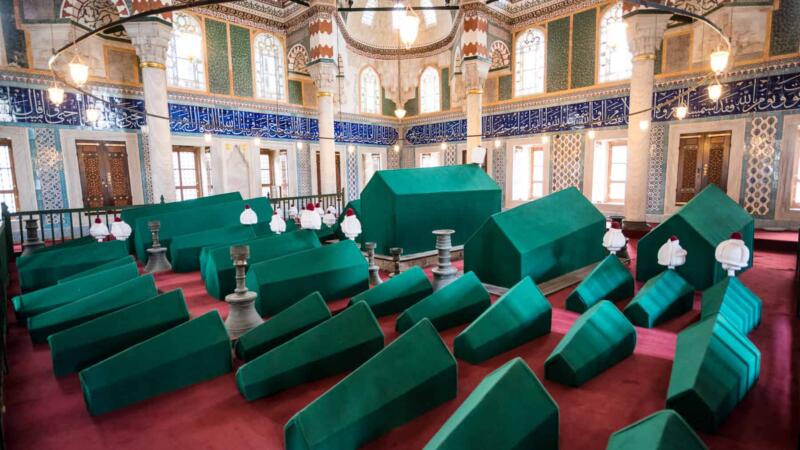 The Ottomans were as serious about their art and decoration in death as they were in life. Tucked around the back of Hagia Sophia, accessible through a separate side entrance, is a small courtyard ringed by several small buildings that look like mini mosques. From the outside, they don’t look that impressive, but once you step inside they’re every bit as opulent as the most ornate imperial Ottoman mosque.

These are the Tombs of the Sultans. And they’re remarkable not just for their lavish decorations, each of which is different, but also because it wasn’t just the Sultan who was laid to rest here in his green-shrouded sarcophagus. His family members joined him, laid alongside, with large sarcophagi for adults and small ones for children. So what you’re seeing here is an entire extended family.

The five tombs are those of:

Süleymaniye the Magnificent, the longest-serving of the Ottoman Sultans, isn’t here. He has his own tomb behind Süleymaniye Mosque.

Photos of the Tombs of the Sultans in Istanbul

The Tombs of the Sultans at Hagia Sophia