HANOI, Vietnam – The Vietnam Military History Museum in central Hanoi celebrates the Vietnamese victories of the 20th century, first over the French and then the United States. And, of course, it presents a version sanctioned by the Vietnamese Communist Government. 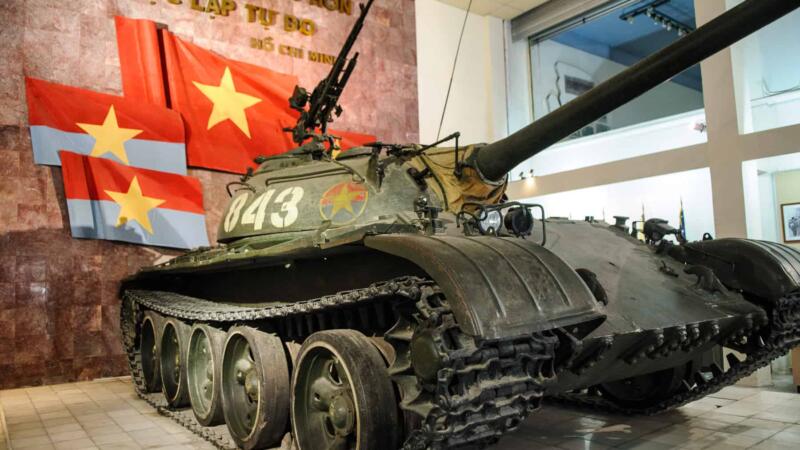 Perhaps more than any other country, Vietnam’s self-identity over the last century has been defined by war. First, it was ejecting the French colonials. Then a brief repulsion of the imperial Japanese. Then the Americans.

As tragic and destructive as that history of war is, it is also both important and rich. But the Vietnam Military History Museum doesn’t do it justice.

It was set up in 1956, just two years after the French were defeated in dramatic fashion at Dien Bien Phu. And it has all the hallmarks of a 1950s museum designed by a bureaucratic committee of a cash-strapped government. It has none of the provocative flair of the War Remnants Museum in Ho Chi Minh City.

The exhibits in the main building don’t seem to have been updated since the 1950s. Most are focused on the First Indochinese War, glorifying the brilliance of leaders such as General Giap and the sacrifices of Vietnamese patriots in driving the French out of Vietnam. One or two exhibit walls focus on the war against the Japanese towards the end of World War II. Old metal floor fans provide some air circulation. The walls and ceiling are caked in mold. Artifacts are displayed inside sliding-door glass cabinets. The exhibits are old and stale.

A newer building focuses on the war against the Americans–the American War, as it’s known here. There’s a tank, a jeep, a life-size jungle diorama, and various random artifacts.

But it’s outside where the two highlights of the museum are. First, there’s the large stone tower–Flag Tower–that stands tall over the surrounding countryside. Built in the early 1800s, it now serves as a giant nationalist flagpole. A Vietnamese flag has flown at its top day and night since October 1954.

At the tower’s base is a courtyard of large-scale war souvenirs–tanks and planes and helicopters–captured from the Americans. And looking like the makings of a giant bonfire, the wreckage of a B-52 bomber–that symbol of American military superiority–stands on its nose surrounded by the crumpled wreckage of other planes like an F-111 fighter-bomber.