MEXICO CITY, Mexico — Dominating the northern side of the Zocalo in the historic quarter of Mexico City, the Metropolitan Cathedral is the largest Roman Catholic Cathedral in the Americas. 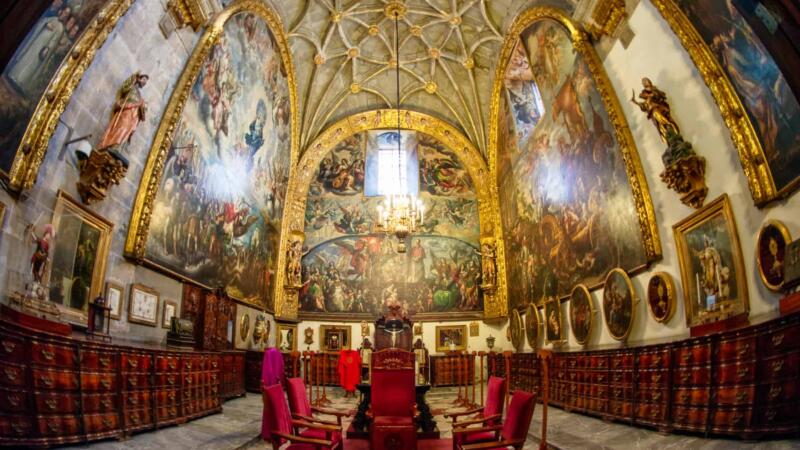 Dominating the northern side of the Zocalo in the Centro Historico, the historic quarter of Mexico City, the Metropolitan Cathedral is the largest Roman Catholic Cathedral in the Americas.

Its formal name is the Metropolitan Cathedral of the Assumption of the Most Blessed Virgin Mary into Heaven (or, in Spanish: Catedral Metropolitana de la Asunción de la Santísima Virgen María a los cielos).

There are other ornate cathedrals in the Americas, but this one is the largest and has one of the longest histories.

It was built in stages over the course of 1573 to 1813, gradually replacing a church that was built on the site when the Spanish first conquered Tenochtitlan. And the site is no accident–it was deliberately constructed next to the Templo Mayor, one of the main temples of the Aztecs in their capital city of Tenochtitlan. Even the stones used to construct the cathedral were plundered (or recycled, depending on your perspective) from the Aztec temple.

The exterior of the cathedral, with its gothic styling and weathered gray stone, somehow manages to look heavy and even somewhat drab despite its ornamentation, the gray stone looking far more like it should be in cold and dark Europe than in Central America.

But step in inside and you’re immediately greeted, by the glistening, large, and ornate gold Altar of Forgiveness. It is here that many of the cathedral’s day-to-day services are held. But it is just a preview of what lies beyond.

There’s an even larger altar, the Altar of the Kings, on the northern wall that stretches up to the towering ceiling. It manages to be even more ornate. And lining the sides of the nave are sixteen smaller chapels, each unique and ornate (only about four are open to visitors).

Step into the sacristy, on the northeast corner (when it’s open), and you’re greeted by yet another explosion of color and detail. Renaissance and Gothic art stretch from floor to the arched dome ceiling with a variety of religious scenes depicted.