WASHINGTON DC, United States — One of the world’s most visited museums, the Smithsonian’s Air and Space Museum has an incredible array of original artifacts from the history of flight and space exploration. 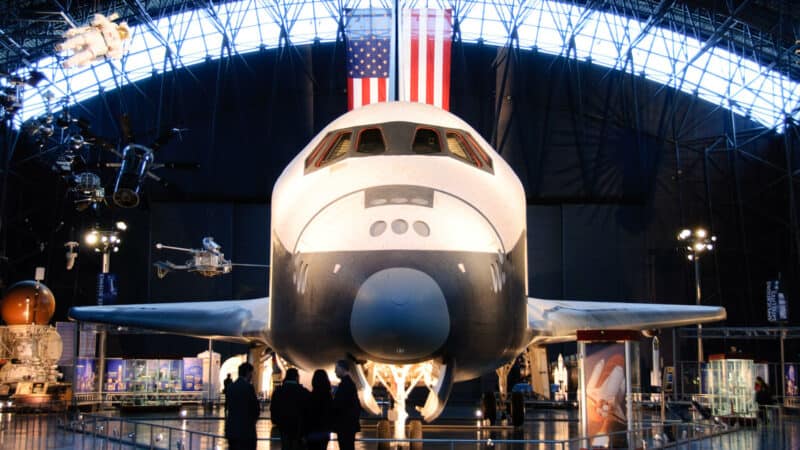 One of the world’s most visited museums, the Smithsonian’s National Air and Space Museum has an incredible array of original artifacts from the history of flight and space exploration.

During its visitor numbers heyday in the late 1990s through the early 2000s, the Smithsonian‘s National Air and Space Museum in Washington DC was a contender for the most-visited museum in the world, besting even long-established institutions like the Louvre in Paris and the British Museum in London. In recent years, the annual tally has slipped somewhat,1 even if the Smithsonian Institution seems reluctant to relinquish the crown,2 but it still attracts something north of 5 to 6 million visitors annually. And perhaps most remarkably, it handles this crush of visitors with surprisingly few lines.

Thanks to an annex opened in 2003, the Air and Space Museum is now actually two venues, one on the National Mall in downtown Washington DC close to the US Capitol, and another hangar-like structure known as the Udvar-Hazy Center about 30 minutes away in Chantilly, near Dulles Airport. Considering the extraordinary size of many of the museum’s artifacts–there are only so many airplanes you can fit in a building–the Udvar-Hazy extension was purpose-built to display a good portion of the 85 percent of the museum’s artifacts that simply didn’t fit in the building on the National Mall.

Highlights of the Udvar-Hazy Center include the Space Shuttle Discovery, an SR-71 Blackbird, a Concord, and the Enola Gay, the B-29 bomber that dropped the atomic bomb on Hiroshima. Highlights of the main building on the National Mall include the original Wright Brothers Flyer, the Apollo 11 command module, the Spirit of St. Louis, and a full backup Skylab.

Photos of the Smithsonian National Air and Space Museum

Both are free to enter (but parking at the Stephen F. Udvar-Hazy Center is $15 per car). Both can get very busy, especially during the summer, but the vast expanse of the Udvar-Hazy Center can accommodate more people without it feeling crowded.

For directions and public transport options for the Stephen F. Udvar-Hazy Center, see their website.

Both have McDonald’s restaurants inside the facility. (UPDATE: The cafe in the National Mall location is closed for renovation.)