How to Fix Chromatic Aberration in Lightroom

Chromatic aberration like purple fringe is something you don’t want in your photos. Here’s how to remove it in Lightroom. 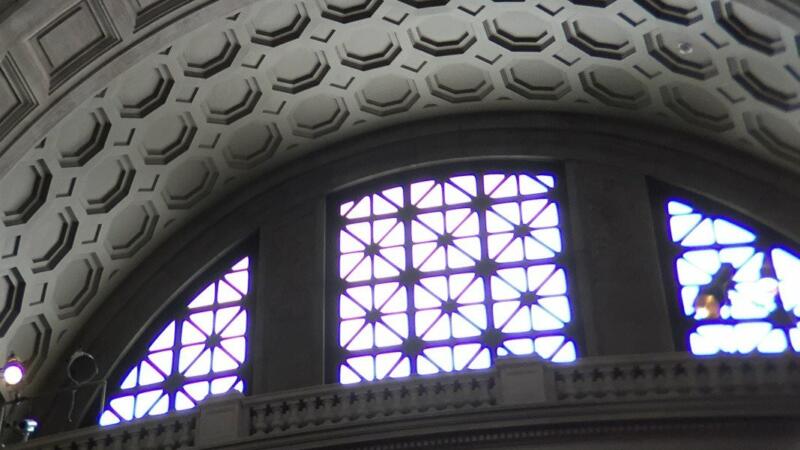 Unless you’re deliberately aiming for a lo-fi or retro lomography look, purple fringe in your photos is something you want to avoid. It’s more properly called chromatic aberration, and it’s not always purple–it can also be green and on some occasions closer to blue or even red.

Basically, it’s an issue with lenses where different wavelengths, or colors, get out of alignment and hit the sensor in slightly different places. One day it might be possible to build flat lenses with zero chromatic aberration. But for now it’s a character flaw of many of the lenses we use.

It tends to be an issue particularly with wide-angle and cheap lenses. Although it’s not always a sign of a cheap lens. Even my favorite lens, the Nikon 24mm f/1.4, is susceptible to CA. And that’s definitely not what you’d call a cheap lens.

It’s not something that you’ll see in every shot. It’s appears with very high contrast along sharp edges, and typically shows up first at the very edges of a wide-angle view. It’s one of those things that has become so ubiquitous that we quite often naturally filter it out. But if you’re looking for it, it really leaps out at you. Many stock agencies and photo editors will reject photos with significant chromatic aberration.

Here are some examples from some wide-angle shots inside one of the ornately decorated rooms of the Harem at the Topkapi Palace in Istanbul. It was taken with a Nikon 16mm f/2.8 fisheye.

The first is the wide shot. At this resolution, you don’t really notice any chromatic aberration. And because the image is pretty busy with colors and detail otherwise, your eye isn’t drawn to it.

But if you zoom in to 100% and go looking for it, it’s there in the bottom corners of the plain windows. This is a small part of that image zoomed right in the bottom left corner. It’s an area with a sharp contrast between the blown out highlights of the outdoor light and the dark window frame. As you can see, in this example, we have both purple fringing and green fringing along the edges.

Here’s another I recently took of the Blue Mosque in Istanbul with the Nikon 24mm lens, where the CA shows as closer to red.

Here’s another example I took for this, knowing when I shot it that it was going create an especially good example. This is part of an image of windows at the Smithsonian Natural History Museum was taken with an iPhone 6 with an ExoLens telephoto lens.

And here’s the same image after the Lightroom corrections.

So here’s how you do it.

Once upon a time, this was just something you had to live with. You could buy a more expensive lens in the hope it was better or shoot around the problem by avoiding very high contrast areas, especially around the edges of the frames. You could also reduce the contrast so it was less noticeable.

But thanks to digital processing, you can essentially eliminate chromatic aberration with some simple fixes. Lightroom has a very handy tool dedicated to precisely this problem.

In the Develop module, if you scroll down to the Lens Corrections Panel and then the Basic tab, you’ll see an option for Remove Chromatic Aberration in the list.

The first thing to try is to just check the box to apply the automatic settings. In most cases, I find that that’s enough. It does a very good job all by itself. Here’s the same photo with just Lightroom’s automatic fix.

But sometimes it’s not enough. Sometimes you need to do some manual tweaking. Again, Lightroom makes things easy.

Use the eyedropper tool to sample the problem area. As you move the image you’ll get a small magnified loupe view next to the cursor to help with fine-tuning the selection.

What you want to do is pick something in the middle of the range of the problem. Lightroom will then try to eliminate fringing of that color from the image.

It doesn’t always work. You can’t pick just any color, and if the pixels you select are outside the color range for chromatic aberration, you’ll get a message that it cannot set the purple or green fringe color. You can try selecting a color that’s on the lighter edge of the problem color.

If that doesn’t work, it’s time to try the sliders to manually fix the problem.

With the image still zoomed in to 100%, use the sliders to try to isolate the problem area. You can control the color range that is being targeted as well as the strength of the fix.

With a bit of tweaking, it’s usually possible to at least greatly improve and even eliminate the problem of chromatic aberration using just Lightroom’s chromatic aberration tool alone. If you still can’t get the results quite to what you want, you can also try reducing the contrast or selectively reducing the saturation using the HSL panel. But it’s very rare that I have to resort to those.