If you have a Sigma 150-600mm Sports and are looking to use it on Arca-style tripods or gimbals, here’s a solution that’s better than simply adding a quick release plate. 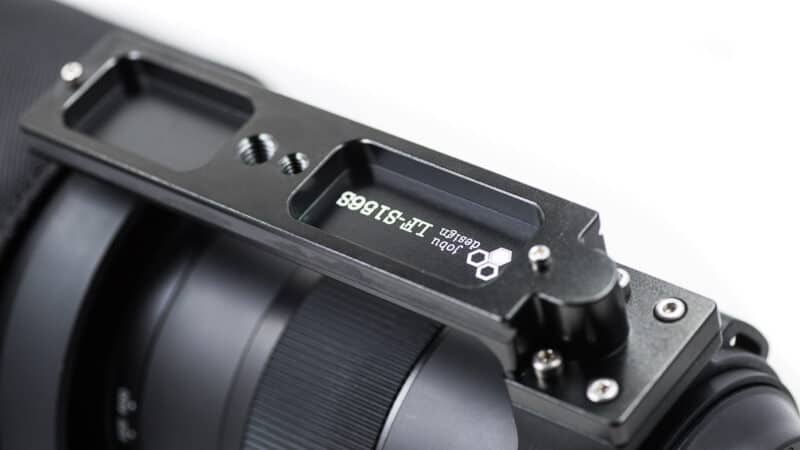 This is about as niche as they come. But if you’re in need of it, it’s a good solution.

Some long telephoto lenses have collars that are removable. The tripod collar on the Nikon 80-400mm f/4-5.6G, for instance, can be removed. You can also swap it out with an aftermarket alternative. And that’s what I did to change the foot to be compatible with Arca-style tripod attachments.

On other lenses, like the Sigma 150-600mm, you can’t remove the collar. But what you can do is remove the foot and replace it with a different one.

The lens comes standard with a foot that has three tripod screw holes. That’s basically a universal approach–it’ll work with anything, from tripod to monopod to gimbal–but it’s also a compromise. It means that to use it with an Arca-style attachment, you’ll need to add a quick release plate to the bottom. The most important negative of that is that it adds a potential weak link in terms of stability. In particular, the quick release plate can easily come loose when using with such a heavy lens, and that adds the risk of unwanted lateral rotation.

A much better alternative is to turn the foot itself into an Arca-style foot. Sigma has enabled this option by making the foot a bolt-on affair, but Sigma doesn’t offer a different foot themselves. So the other trick is finding someone who does make a replacement foot.

A Canadian company, Jobu Design, specializes in machined plates and specialized mounts. They make exactly the kind of foot I was after. Its model number is LF-S156S. It’s not inexpensive–it’s close to a custom accessory, after all–but in the context of the cost of the lens, it’s not that much.

Here are some photos to show how it works.

My only quibble with it is that because it’s so long, it can require some working around to rotate the zoom ring. That’s not really an issue if you have it on a tripod or monopod. But if you’re shooting handheld with your left hand under the lens, it’s a bit of extra reach with your fingers around the foot to reach the ring. It’s not a big issue, but it is something added by the foot.

It’s made in Canada.

It does not come with new screws to use to attach the foot–you have to reuse the ones already on the lens.

I bought mine directly from Jobu Design and had it shipped from Canada. It was only later that I realized they’re also available at B&H Photo.